Jeremy Corbyn is Gone for Good

And on Brexit, as anyone should’ve known, nothing has changed. 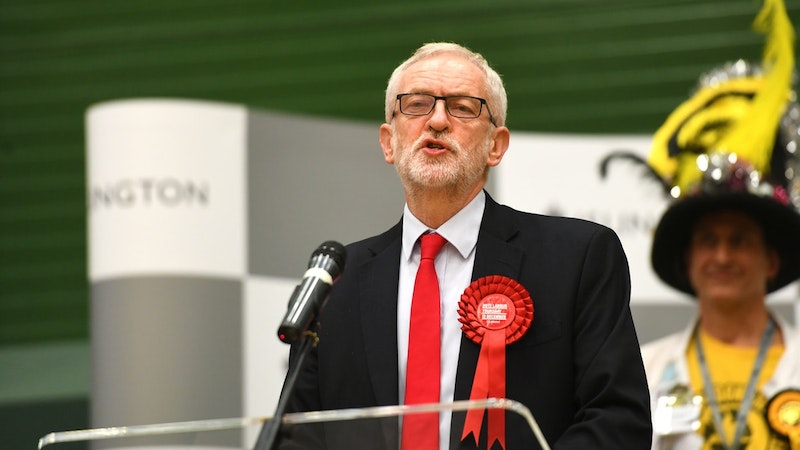 In margins across the country in the days leading up to last night’s disastrous election result there was one constant: if someone told you they weren’t voting for Labour because they wanted to get Brexit done, there was no convincing them.

If they had problems with Jeremy Corbyn, particularly of the sort produced by the fanatically unhinged media campaign against him, it was possible to introduce a counter-narrative, splash in a personal anecdote, or add a disarming witticism to make a voter come around to the idea that Corbyn might not be an ogre slithered up from the depths of hell. You could convince them. If they were unfamiliar with the multitude of manifesto promises from 30 free hours of childcare a week, to reversing the bedroom tax, to scrapping tuition fees and creating lifelong learning, any one of these might introduce the idea that there was something for them in a Labour government, and win their vote. You could convince them.

But how to convince someone who wanted to leave the European Union, who voted to do so, saw three years of the Conservatives blocking and delaying and dragging, voted Labour in 2017 on the basis of all these policies, and then saw the leadership submit to the Westminster remainers and announce that they wouldn’t enact the decision that was voted on in 2016? You could tell them that the second referendum would be legally binding, that the will of the people hadn’t changed so the result wouldn’t change either, but then why vote for another referendum at all?

There’s a central mythology in liberal and leftish circles both in the United Kingdom and more importantly abroad, that there was ever any doubt about whether or not the people of Great Britain want to leave the European Union.

There was never any doubt that they did, do, and want to—last night’s election result showed that lack of doubt and provides a certain clarity. The debate on whether or not Britain will leave the European Union is over. But three years ago it was also over. And three years ago Labour had a dynamic and exciting leadership, radical policies, an engaged activist base excited to elect a socialist to 10 Downing Street, and a red wall that, while maybe shaky, was willing to give this new leadership another chance to come back to their roots in the only party for the working class in Great Britain. Today the red wall is gone, maybe for a generation. The workers there have been transformed into swing voters, a small political revolution itself.

Those who forecast that they’ll be ripe for the taking once the Conservatives inevitably fail them haven’t seen how disillusioned they are with Labour thanks to Brexit and the second referendum. While the Conservatives will no doubt disappoint them, it’s difficult to see how Labour can soon regain their trust: it may well be the fascists who step into the breach next.  Now Jeremy Corbyn is gone, for good. The Labour left is at its weakest since the Corbyn project—which should be termed a complete failure—began. And on Brexit, as anyone should’ve known, nothing has changed.

I don’t think we should sink into nostalgia about Corbyn and John McDonnell, who saw a sniff of power and betrayed his traditional values in a wink, and bears a great deal of responsibility for this generational defeat. They’ve failed at the task given to them, the task which the Labour Party should fulfill, which is to be the party of workers in the United Kingdom, to respect the democratic will of those workers, and to win power. They were not tasked with being weak. They were weak, they compromised, and they lost.