Hiram vs. the Klan

On Charles Lane's Freedom's Detective, the KKK, and the United States' "first War on Terror." 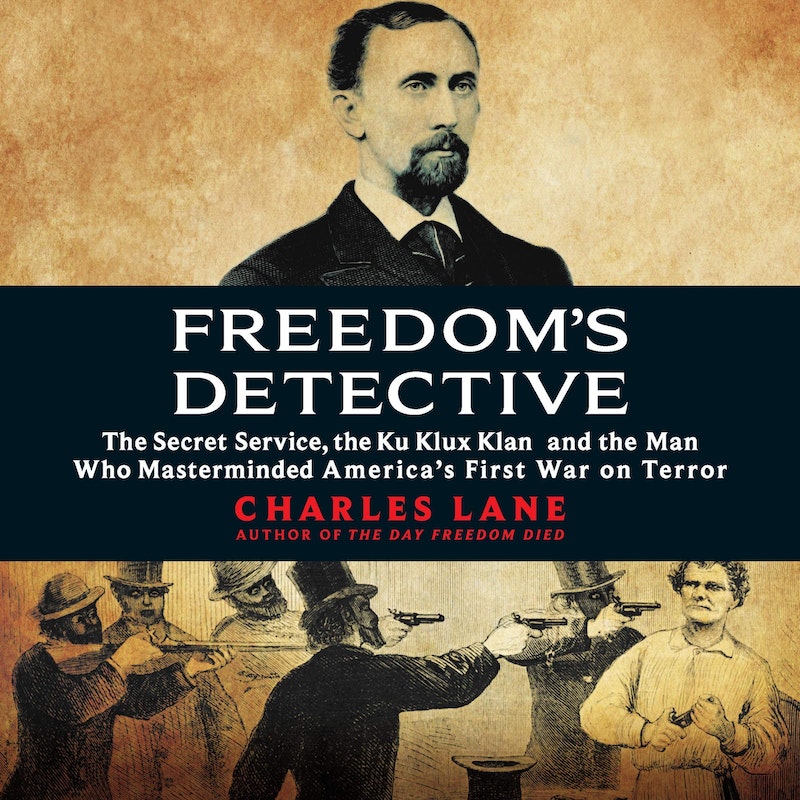 You can get away with a lot if you know how to use the words “war on terror” correctly. Not like 15 years ago, but the phrase still has currency. You can still use it to sell product. The recent book from former New Republic editor Charles Lane, Freedom’s Detective, is subtitled The Secret Service, the Ku Klux Klan, and the Man Who Masterminded America's First War on Terror. Apparently we’ve reached a point where a significant constituency of people can read the words “war on terror” unironically.

The subtitle’s technically accurate. The book does cover the early history of the Secret Service, its struggle against the Ku Klux Klan, and the man who headed the Secret Service at the time. It doesn’t do a good job of establishing parallels between then and now. Since that’s the nominal argument of the book, this is a problem. But it’s not the only one.

Hiram C. Whitley, the second chief of the United States Secret Service, is the central figure of Lane’s story. He’s the mastermind, as the subtitle has it, of the fight against the Klan in the late-1860s and 1870s. But the government as a whole was less committed to that fight than to the modern war on terror. As a result, Lane struggles to keep his narrative focused.

The first 100 pages of the book show Whitley personally engaged in operations and interrogations exposing the Klan. The next 50 deal with his operations against counterfeiters. Then we read about anti-Klan operations undertaken by various agents, infighting against legislators trying to curtail the scope of Secret Service activities, and corruption that leads to Whitley getting involved in political shenanigans.

We don’t see Whitley constantly involved in a war against the Klan. We also don’t get any insight into the Klan, its organization, or the scale of its operations during the period. I’ve read more cogent insight into the 1870s Klan in a Twitter thread. After the first chapter or two, Lane leaves the Klan as a nebulous and non-specific force that occasionally performs individual acts of terror. He doesn’t write about the practical effects of that terror. Nor is there any significant discussion of the Klan as a political force or its relation to white supremacist legislators federally—that is, there’s discussion of white supremacy in politics, but not directly how it relates to the Klan’s activities on the ground.

In contrast, the political conflicts over the role of the Secret Service are intriguing. Many in Washington, especially covert or not-so-covert Klan allies, wanted the Service to focus on anti-counterfeiting investigations—in theory the main role of the Service at a time when the federal government was relatively vestigial and its role limited. Practically, Southern white supremacists used this idea of the Service’s role to halt investigations into the Klan, and this conflict, across the last third or so of the book, feels like a part of the story that could’ve been expanded. It would’ve meant taking the focus away from Whitley, but these politics ended up becoming a major determinant of the shape of Whitley’s career—not to mention of the activities of the Klan.

The prose of the book is clear, with a lot of two-sentence paragraphs. It’s not especially evocative, but it does the job of telling a story. Flashbacks are used frequently, but worked well into an overall narrative.

Whitley’s character, though, doesn’t come alive. This is odd, in that Lane carefully shows the complexities and contradictions of the man, and avoids making him a flawless hero. He describes Whitley as a liar and cheater, who conspired to kidnap black men into slavery before the Civil War, and then when it was convenient became an ardent supporter of the Union. But there’s a lack of connective tissue. Whitley was evasive in his personal life—his two adopted daughters, for example, might or might not have actually been sired by him out of wedlock—but Lane doesn’t clearly present who the man was or what motivated him at his core.

Nor does Lane build a convincing case for viewing the Klan investigations as equivalent to the “war on terror.” He doesn’t establish that whites generally thought of the anti-Klan effort as a war. They likely should have; the Klan was effectively a treasonous guerilla movement dedicated to thwarting the democratic franchise of American citizens. But for a variety of reasons, it was easier for authorities to underplay the Klan threat rather than overplay it.

The reverse was true of terrorism in this century, and this is perhaps the greatest difference between then and now: in the late-19th century there really was an extensive terrorist network operating in the United States, threatening its citizens and the proper functioning of its democracy. While Lane is narrowly accurate to observe that the specific tactics used by Whitley and the Secret Service were similar to what we’ve seen this century—“military commissions, selective suspensions of habeas corpus, isolated interrogation centers, and torture against terrorists,” as he says—the context of the time was vastly different. You might as well say the Civil War was the same as the Iraq War because soldiers used guns and bombs in both.

Lane makes the comparison almost in passing near the end of the book. This is essentially a competent recounting of some events of the late-19th century in the United States. As so often happens, actual history doesn’t have the neatness of form of fiction. There wasn’t really a satisfying conclusion to Whitley’s efforts, though Lane makes a strong effort to find one. In this way the anti-Klan struggle was perhaps most like the “War On Terror”: its lack of focus or clarity.