Being propositioned by Ronald Reagan’s ghost was not something I expected to ever happen in my life, frankly. 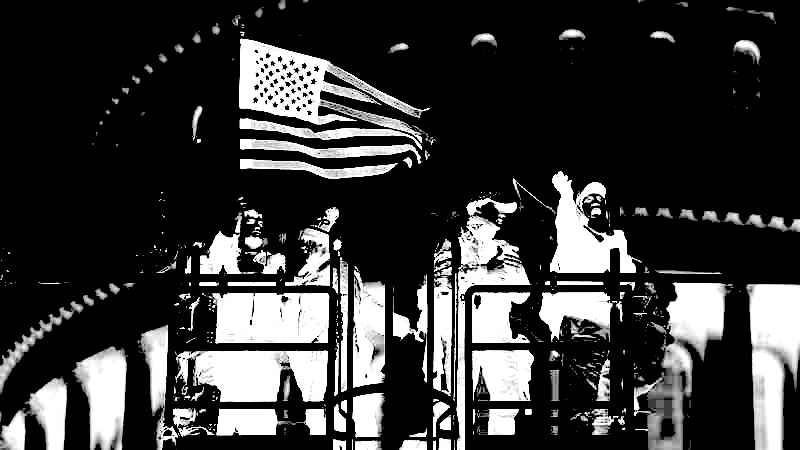 I haven’t appeared in any Getty, AP, or Reuters photos because I’m a bird, and very fast. Also the caption writers are real avianphobes, so they won’t even mention us if we’re in the foreground. I could straight up try to assassinate a sitting Congressperson (hypothetically) in plain sight on a beautiful day (let me be clear, I would never initiate violence on anyone, much less an elected official) and I couldn’t even be identified by file photos. Such is the curse and fortune of the Quibbits family, a clan meant to soar over the gaping maw of worlds, intelligences, languages, species and speeches made in ancient languages that have outlived all the flora and fauna that face the blue skies.

I was never a fan of Ariel Pink—then he disrespected my cousin’s wife, Monica (bitch). Now, as you can see, I’m allowed to disrespect Monica, as she’s of my kin, but Pink? AIR-EE-UHL as I call him can go die of a compound fracture in a volcano. I hate him. I hope he gets blinded and his fingers are broken by police and protestors alike, who may all join in on the ecstasy of stomping his body into a bloody pulp, a paste of ketchup and bone to feed all the pigeons and rats starved of restaurant scraps in pandemic-era DC. May his disgusting brown hair provide a nest for some young birds and perhaps a squirrel. I don’t like him, and I don’t care for him. That’s all.

I didn’t see the woman get shot in the neck but everybody felt compelled to send me the video. “That’s a lot of blood… yeah, she’s dead.” Okay, why did you send it to me? I heard it. I was in the chambers. Unlike the other idiots that stormed the Capitol, who used the once-in-a-lifetime opportunity to sit in different chairs and walk orderly through the rope line in the Rotunda, I was looking for the files, the vaults and the hidden staircases.

I found several: first, Nancy Pelosi has seven offices. In six of them, there are ashtrays. There are things that make you wonder, and there are things that set your blood cold. The image of the Speaker smoking a cigarette of all things is too shocking even to imagine, let alone consider with tangible evidence. But I knew this was a dangerous mission going in, so I kept moving. The bowels of the Capitol look a lot different from the stuff they show on C-SPAN. There’s a lot more stone, more torches, decidedly more skulls, and overall a more baroque sense of interior decorating below the main chamber.

After breaking off with the small but significant animal contingent of Wednesday’s protest, I descended miles below the Rotunda. I could hear the screams and cries, but then they faded, and I was in a new world. The movies and rumors are true: masks like Eyes Wide Shut, lots of taxidermy—which, I do have a strong stomach, but it does get to you, as an animal, that the leading species on this planet not only murders us for sport but stuffs and displays our bodies are trophies—and plenty of steel. Axes, swords, torches.

But there was no one there. Looked pretty cleaned out to me. Maybe it’s the turnover in between administration, maybe they’re still on holiday. In any case, I got out of DC on Wednesday with as much as everyone else: some good photos and a great story. I can’t talk about what I really saw because I still don’t understand it myself: below those chambers there are beings that don’t adhere to our understanding of three-dimensional space. You thought Satanic cabals of bloodsucking politicians were scary? Get back to me when you meet shadow people.

They were dashing around the room like bats… it was dark, and while I can see better than most human beings (avian vision), these motherfuckers were fast… I got a real bad feeling when I saw a mandala appear and disappear before my eyes as wordless incantations filled the cave. This is when I realized that I was in a cave, unfurnished beyond the tacky 18th-century Masonic furniture languishing dusty underneath some ancient Klieg lights. To be fair, it’s been a busy century. I’m not exactly the cleanest bird either, but once you have shadow people running all up on your place, you need to break out the vacuum. That’s just common sense.

I made it out fine… I talked to Ronald Reagan’s ghost. He was alright—still has dementia, though. You’d think they would’ve figured that out by now, him being in Heaven and all. “Oh no, Rooster—“ does this motherfucker not know my name? “—I’m not in Heaven, nor am I in Hell. I am here, with you, in The Beyond.” This was the most surprising thing that happened to me on January 6. I knew Reagan to be a lot of things—things that are public and things that aren’t—but I never took him for a Lucio Fulci fan. I ignored him as the elevator ascended and I reached the streets of DC without a scratch.

I’m pretty sure that last sentence is going to get me fired—by my editors, by my family, by the Planet Earth. Gotta go! There are more scenes to interrupt. History is full of them.