A Presidential Candidate’s Guide to Maryland

An oddball state that might yield strange results on April 26th. 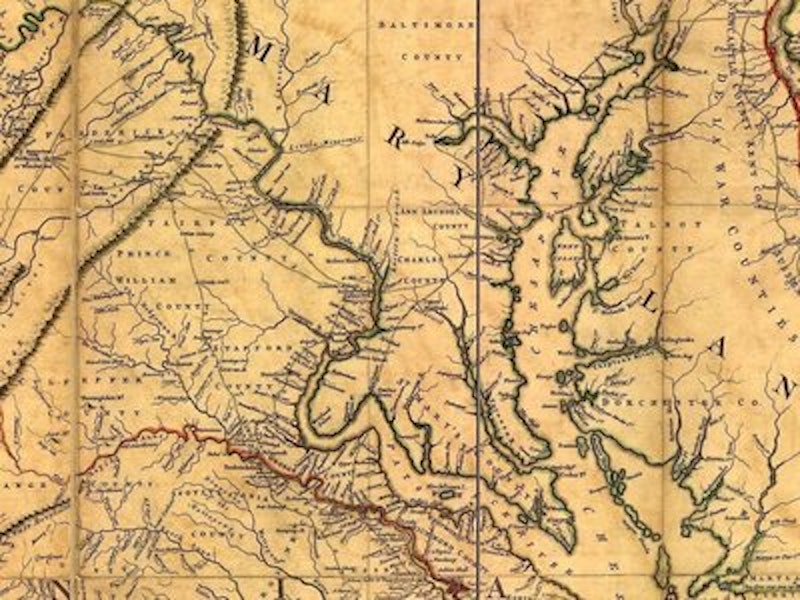 Now that the presidential candidates have begun to notice Maryland as part of the April 26 cluster of primary elections, they’d better be aware of the hidden pitfalls and pratfalls the state presents for those unaware of its often-idiosyncratic political terrain. To those who are pass-through visitors and pit-stop campaigners, following is a love letter of where to visit and what to avoid.

Maryland’s demographics do not necessarily reflect the attitudes of the candidates but rather the reverse. It’s the voters who attach themselves to the candidates and present the make-up of the state to the nation. Put another way, candidates elicit what’s on voters’ minds. Just ask Hillary Clinton. She’s traversed Maryland before, in 2008, when President Barack Obama iced her by nearly two-one. Maryland (like several other states) is supposed to be America in miniature. That means accepting the worst with the best in this showcase.

For openers, the five states voting on April 26th, Maryland, Delaware, Connecticut, Rhode Island and Pennsylvania, form a major part of the Northeast Catholic belt. None is more Catholic than Maryland, host to more than one million Catholics. Baltimore is the Primal See and the state straddles three dioceses—the Archdiocese of Baltimore, the Archdiocese of Washington and the Diocese of Wilmington (DE). Beware. Talk of abortion is likely to evoke a stern reprimand. Besides, the issue has been settled law in Maryland for more than 40 years. But do, by all means, have a praiseworthy word or two about Pope Francis.

There are, by rough count, 20 major colleges and universities (excluding community colleges) in Maryland. That network of parental investment and youthful whimsy ought to be Bernie Sanders’ natural constituency and campaign playground. But so far there’s no sign of political agitation among the state’s beer-and-bong crowd. Occasionally the kids get their jeans twisted over a cause and in this turn it’s Sanders’ crusade against a rigged economy and the promise of free tuition. Moms and dads take note.

Cecil County is famous (or infamous) for two things—wedding chapels and the Ku Klux Klan. There are at least a dozen chapels still operating and available on demand in and around Elkton in Maryland’s capital of quickie weddings. Rising Sun is, as always, the center of Klan activity where regular cross burnings occurred when they were still fashionable expressions of racism. As recent as December 2013, the Confederate White Knights, a group with KKK ties, reserved a room in the Cecil County administration building to contest the legitimacy of Obama’s presidency and birthplace. Cecil County is, by definition, Donald Trump country, a natural complement to make America great again.

Similarly, the KKK in Anne Arundel County, seat of the state capital of Annapolis, in 1993 advertised a “cross burning and recruitment rally” as did the Klan chapter in Mt. Airy in Carroll County. A dozen years ago, the Southern Poverty Law Center listed a dozen hate groups, mostly white supremacists and neo-Nazis, that called Maryland home. Their zip codes included Clinton, in Prince George’s County, Timonium, Rising Sun, Frederick, Thurmont and Washington County. Among the groups were the World Church of the Creator, the National Alliance of neo-Nazis, which had chapters in Cumberland, Hagerstown and Baltimore, the American Knights of the KKK and the Invisible Empire of the KKK, with chapters in Frederick, Thurmont and Washington County. None, according to the report, had more than a dozen members. Those pop-up KKK klaverns (chapters) offer insight as to why Trump leads on the Republican side of most Maryland polls.

Recall that Trump earlier fumbled for two days before disavowing David Duke, the KKK’s former grand wizard, and repudiating Duke’s endorsement, at first blaming the delayed response on a “bad earpiece” during a TV interview. The latest incident, provoked by Trump’s incendiary rhetoric, involved a white-on-black altercation at a Trump rally. The provocateur was Matthew Heimbach, a Marylander with a Towson University degree in history, who’s affiliated with Stormfront, the League of the South, the Aryan Terror Brigade, the National Socialist Movement and other white supremacist organizations, according to reports.

Takoma Park and Bernie Sanders go together like earth shoes and tie-dyed shirts. Takoma Park is Maryland’s socialist capital, the self-declared nuclear free zone and People’s Republic of Takoma Park. Takoma Park is proud, even boastful, of its oddball identity and it is here that Sanders should plant his flag and stake his claim. It is, after all, admit it or not, a small corner, population 17,000, of Montgomery County, where good government edges out liberalism in one of the wealthiest counties in America with the highest concentration of Ph.Ds. on earth.

MoCo, where cogito, ergo sum is the predicate for every word and deed, would normally be Hillary Clinton territory with a heavy sprinkling of Bernie Sanders, though the county is not reluctant to vote Republican when it feels compelled to. But here’s the kicker. Women have long dominated Montgomery politics because a majority of men were working downtown in federal jobs and covered by the Hatch Act. This is a built-in advantage for Clinton. Neighboring Prince George’s, 73 percent minority and the largest black majority county in America, is a throwback to the politics of a half century ago but the county, nevertheless, should favor Clinton. PeeGee is a “pay-to-play” county that is slowly emerging from its tobacco-country roots as are the remaining three Southern Maryland counties—Calvert, St. Mary’s and Charles—which are rapidly becoming suburban bedroom counties for the pricey and gentrified District of Columbia.

The Eastern Shore of Maryland is a seven-mile bridge away from the real world. The eminent political consultant, the late Joseph Napolitan, observed that he’d conducted polls in every state in America but nowhere else in the nation was as conservative as the nine counties that make up the Eastern Shore. The Eastern Shore was the launch for George C. Wallace’s segregationist campaign for president and where race riots enflamed Cambridge on and off for three consecutive years.

At the westerly edge of Maryland, Garrett County might as well be in another state. One step too far in the wrong direction might find a candidate campaigning in West Virginia or Pennsylvania. The County is closer to Pittsburgh than to Baltimore. Western Maryland used to be a healthy mix of liberal Democrats and Republicans because of the influence of railroad and mining unions and the workingman’s legacy of the legendary congressman, David Lewis, author of the Social Security program. Today the area is hard-core conservative.

Baltimore County is tricky terrain. It is the 22nd largest county in the United States and at one point had the fastest growing black population of any non-black county in the country. Here’s where a visiting candidate can get confused. Baltimore County’s west end is heavily black and largely professional and liberal. The east side is populated by union halls and the K-Mart blue light special crowd of what used to be called Reagan Democrats. And the middle, Towson, the county seat, is Republican. So it’s part Trump, part Clinton and a smattering of Sanders.

No Democratic candidate will pass up a chance to tour Baltimore City’s hollowed out center of vacant and boarded-up houses that resemble Dresden after the fire-bombing. Nor will any campaign be validated without a respectful Sunday visit to a black church or two and maybe even a guest sermon. The city is 69 percent black and nearly 10-1 Democrat with only 29,000 Republicans out of 363,807 registered voters. Sanders has his followers, too. But visit the right places and the sights are the opposite of depressing—Canton, Federal Hill, Harbor East, Fells Point and the greenswards of Roland Park and Guilford. There was even a time, back in the 1980s, when Donald Trump’s yacht came calling to Baltimore’s newly resuscitated waterfront, Harborplace.

Today, the renowned Johns Hopkins Hospital, emergency room to East Baltimore, offers interpreters in 37 languages, about the same number that waft across Eastern Ave. at midday like love songs to the homelands of the area’s newly transplanted immigrants. But the late Dominic Mimi DiPietro, the master of malaprop, would trip over his syntax at the thought of a Harvard graduate running for City Council from his beloved Ward 26 on the east side where he ate “meat sandwiches” at Bud Paolino’s. Finally, no candidate can pass up breakfast at Jimmy’s in Fells Point with Sen. Barbara Mikulski (D).

That’s the lay of the land in the state that produced those loveable oddballs, Louise Beauregard, Mr. Diz and Melvin Perkins, the perennial Maryland candidate who carried a certificate from a mental institution to prove that he was sane.