Iceland Could Start a Worldwide Shift Away From Circumcision

If religious freedom advocates don't get in the way. 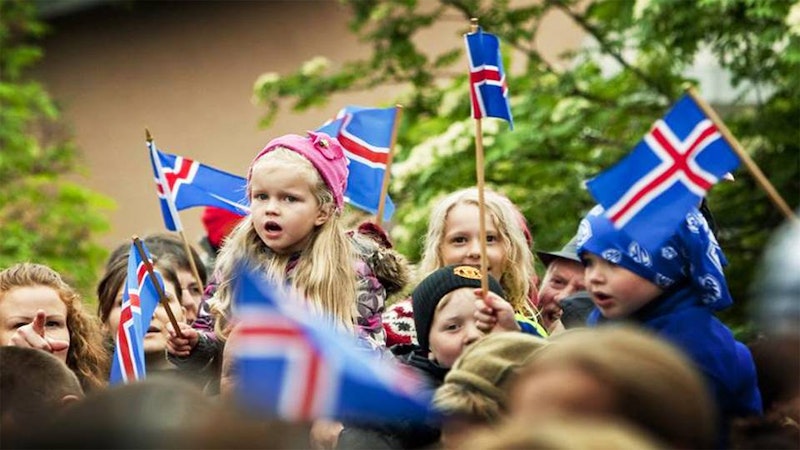 Last week, Iceland made international headlines due to a proposed bill that opposes the religious practice of male circumcision, claiming it violates the child's rights and well-being. The legislation was proposed by Progressive Party Leader MP Silja Dögg Gunnarsdóttir, and its goal is to criminalize all cosmetic and religious circumcisions. If  it passes, it will move on to the committee stage in the Icelandic parliament and then (if ratified) enacted as law. This has received criticism from the local and international Jewish and Muslim communities, who are the main practitioners of this procedure in Iceland. This opposition is not surprising—male circumcision is near-universal among Jews, and Muslims are the largest religious group to practice it according to the World Health Organization.

Despite criticism from proponents of circumcision, over the last 10 years there’s been an increase in activists, health organizations, and governments pushing for the practice to end, primarily in the Western World. In 2012, Germany’s district court of Cologne ruled that religious circumcision violated “physical integrity” and ended it in that country. The government later contradicted the ruling, and passed a law to allow cosmetic and religious circumcision. Other countries like Denmark and Sweden have also discussed prohibiting non-medically necessary circumcision with the support from local doctors and medical associations. These legislative efforts have coincided with a small (but increasing) number of Jews and Muslims that have chosen to forego the practice of male circumcision. Within these communities, some people have opted for ritualistic alternatives to the procedure.

Male circumcision is not the first time religion has been in conflict with children's rights, but in other cases the state––and society––has ruled it needs to end. In America, states like California have banned conversion therapy by religious—primarily Christian—groups that purport to turn LGBTQ children straight through psychological and reparative therapy(despite serious shortcomings, both scientific and moral). Jehovah’s Witnesses in the US have also had their supposed religious freedom curbed, preventing them from denying their children blood donations, a practice which is prohibited by their faith. Globally, the crackdown on Female Genital Mutilation (FGM) provides a point of comparison. While FGM is almost always a far more gruesome and painful practice than that of male circumcision, many of the reasons for the prohibition of FGM relate to children's rights and protection from non-consensual genital procedures, rather than the specific level of injury inflicted upon the child.

While the impulse to preserve traditions is understandable—especially for populations that have historically faced discrimination—this alone can’t be an excuse for the violation of young males’ genitals. Secular supporters of circumcision often claim it’s important for the health of the child. When taking into account safe sex practices and basic cleaning methods, the benefits are marginal. The procedure is merely cultural, with relatively few cases being medically necessary. Instead, young boys are having the tips of their penises removed without their consent. This practice can only be done morally when an individual is fully able to consent to a permanent body modification.

While supporters of religiously-motivated circumcision are likely to be slow to abandon the practice, the tides are shifting in the call for children’s (and human) rights. If religion is to continue as a part of modern democratic society, it must change with the times as it has done with so many historically prevalent practices, such as slavery and child marriage. Iceland could be the start of a global shift.