A Snapshot From the Civil Rights Movement 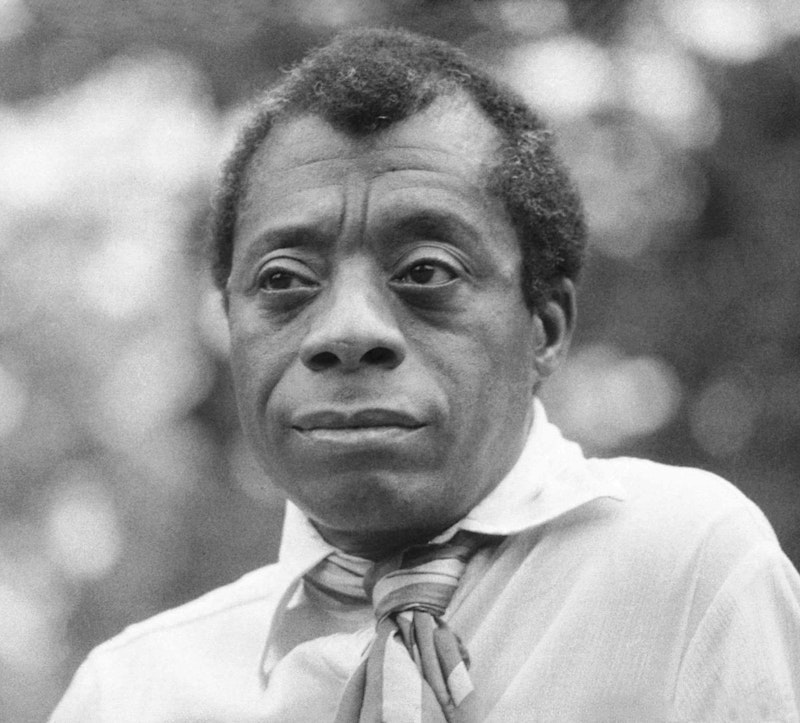 In February 1961, Harper's published an essay by James Baldwin on the Civil Rights Movement that provides a remarkable snapshot in time. Headlined "The Dangerous Road Before Martin Luther King," it's both a synopsis of Baldwin's meetings with King, but also an assessment of where race relations were at that particular moment. The sense of risk that Baldwin explores is clear-eyed, not paranoid.

By the time of Baldwin's writing, Brown v. Board of Education had already ruled segregated education to be unconstitutional. In 1956, the Supreme Court upheld a lower court ruling that overturned Plessy v. Ferguson. It’s of significance to mention that not only was King still alive, so were Medgar Evers and Malcolm X, in addition to John and Robert Kennedy. The Alabama church bombing that killed three little girls had not yet happened, nor the Freedom Summer Murders, and neither had the March on Washington or the Civil Rights Act. Some progress had been made, and the backlash was already under way.

The son of a Harlem preacher, Baldwin opens by noting that King is different from other preachers he has known, plus other civil rights leaders. These differences are rooted in King's own consistency of personality: Baldwin sees no conflict between the public King and the man he meets privately, plus King maintains the same message to both blacks and whites.

Baldwin goes to great lengths to both establish a basis of comparison, and navigate the hypocrisy among black leaders undermining the progress of constituents: "...[M]ost of his predecessors were in the extraordinary position of saying to white men, Hurry, while saying to black men, Wait." Baldwin doesn't see "the ghastly self-importance" or "hideous piety" visible in other preachers. Instead, King is "a man solidly anchored in those spiritual realities concerning which he can be so eloquent." King is described as "winning," but not especially extroverted, and unusually patient.

Baldwin walks a fine line between criticism and chastising. He resents the consequences of compromises past, while laughing at the magical thinking that inspired them—namely Booker T. Washington's assertion "that the education of Negroes would not give them any desire to become equals; they would be content to remain... separate." Baldwin is skeptical that Washington believed what he said, acknowledging that in 1895, Washington had to tell white men what they wanted to hear if he was to pursue his education goals. Baldwin's sense of triumph is dogged by his persistent skepticism: "There will be no more Booker T. Washingtons... King is entirely right when he says that segregation is dead. The real question which faces the Republic is just how long, how violent, and how expensive the funeral is going to be; and this question it is up to the Republic to solve, it is not really in King's hands."

Baldwin arrived in Montgomery, Alabama a year after the bus boycott pushed the Supreme Court to rule segregation unconstitutional. He describes the city as "the cradle of the Confederacy... which no one in Montgomery is allowed to forget. The White House which symbolized and housed that short-lived government is still standing, and 'people,' one of the Montgomery ministers told me, 'walk around in those halls and cry.' I do not doubt it, the people of Montgomery having inherited nothing less than an ocean of spilt milk." The atmosphere is "aimlessly hostile, so baffled and demoralized."

Taking a bus ride around town, the driver responds to Baldwin's query about the price with hostile silence. After paying 15 cents and seating himself just front of center, Baldwin observes other passengers. Black passengers sat where they pleased, usually toward the front, "and the whites sat there, ignoring them, in a huffy, offended silence."

The sense of defeat Baldwin describes among Montgomery's white population is stunning in its prescience: "This silence made me think of nothing so much as the silence which follows a really serious lovers' quarrel: the whites, beneath their cold hostility, were mystified and deeply hurt. They had been betrayed by the Negroes, not merely because the Negroes had declined to remain in their 'place,' but because the Negroes had refused to be controlled by the town's image of them. And, without this image, it seemed to me, the whites were abruptly and totally lost. The very foundations of their private and public worlds were being destroyed."

Delving into the background of King's life, Baldwin finds King more enigmatic than initially anticipated. For most of King's young life, he expressed little interest in the ministry. In college, he explored medicine and law. There's no obvious moment of epiphany that pushes King toward making a life in the church, although there might be one that pushes him toward leadership: "It was in 1950 that Dr. Mordecai W. Johnson of Howard University visited India. King heard one of the speeches Johnson made on his return, and it was from this moment that King became interested in Gandhi as a figure, and in non-violence as a way of life. Later, in 1957, he would visit India himself."

Upon hearing King address his congregation for the first time, Baldwin is clearly in awe of the orator. The unique talent lies in King's own gift for reading the crowd, and connecting with them in a personable manner. The lasting effect comes from King's forthright honesty: "He does not offer any easy comfort and this keeps his hearers absolutely tense. He allows them their self-respect—indeed, he insists on it... he had meant every word he said, and he expected his hearers to act on them. They also expected this of themselves, which is not the usual effect of a sermon; and that they are living up to their expectations no white man in Montgomery will deny."

After the service, Baldwin has dinner with parishioners in the church basement, also meeting Coretta Scott King. Another church member shows Baldwin the damage done to the church by bombs. During the boycott, King's own home had been bombed, as had the home of fellow boycott organizer, E.D. Nixon. The PBS documentary Roads to Memphis has a clip of an interview where King is asked about the inherent dangers of the task before him. He replied that he would willingly give his life for that which he believed to be right.

During Baldwin's 1965 debate with William F. Buckley at Cambridge, he addressed Robert Kennedy's remarks about the possibility of a seeing a black president in 40 years: "From the point of view of the man in the Harlem barber shop, Bobby Kennedy only got here yesterday and now he is already on his way to the presidency. We were here for 400 years and now he tells us that maybe in 40 years, if you are good, we may let become president." Taking the long view of history, it’s remarkable that 43 years after Baldwin said those words that a black man was finally elected president. Upon looking at the forces that led to King’s assassination, the animus of backlash that led to America putting Donald Trump in the White House seems inevitable.

To go back to Roads to Memphis, which is about King's assassination, the descriptions of James Earl Ray are very similar to the language used to describe the current woes of white rural poverty. Ray grew up so poor in southern Missouri that his family would sometimes cannibalize their own house for firewood to survive the winter. Historian Arthur Hanes notes that, in their view, while the Rays had nothing, at least they were white. He's seen as simmering with a persistent resentment of a society that seems rigged against him, and looking for someone to blame for his poverty and criminality. Ray embodied the "deep hurt" Baldwin observed in Montgomery's whites after the boycott. If whiteness was Ray's consolation prize, then, in his mind, he's only being realistic when he concludes that he will be regarded as a hero among whites for killing King.

When Baldwin spoke of segregation's prolonged funeral, perhaps we can see in the same timeframe of 40-odd years that built up to Barack Obama's election. It was the same amount of time spent on bringing to justice the killer of Medgar Evers, a perpetrator of the Freedom Summer Murders, and the Alabama church bombing. Those crimes were all carried out by the same warped sense of vigilantism that ended King's life. It's an interesting coda that Alabama Sen. Doug Jones, the lead prosecutor in the church bombing, defeated a competitor who seemed like a ghost of antebellum past.

The day after King's death, Robert Kennedy gave an excellent speech, spelling out the violent cycle of prejudice, progress and backlash, while looking for hope in King’s message of non-violence: "Some look for scapegoats, others look for conspiracies, but this much is clear; violence breeds violence, repression brings retaliation, and only a cleaning of our whole society can remove this sickness from our soul. For there is another kind of violence, slower but just as deadly, destructive as the shot or the bomb in the night. This is the violence of institutions; indifference and inaction and slow decay. This is the violence that afflicts the poor, that poisons relations between men because their skin has different colors... We learn, at the last, to look at our brothers as aliens, men with whom we share a city, but not a community, men bound to us in common dwelling, but not in common effort. We learn to share only a common fear—only a common desire to retreat from each other--only a common impulse to meet disagreement with force. For all this there are no final answers."