An Example of How I'm Not Very Woke

The power of default. 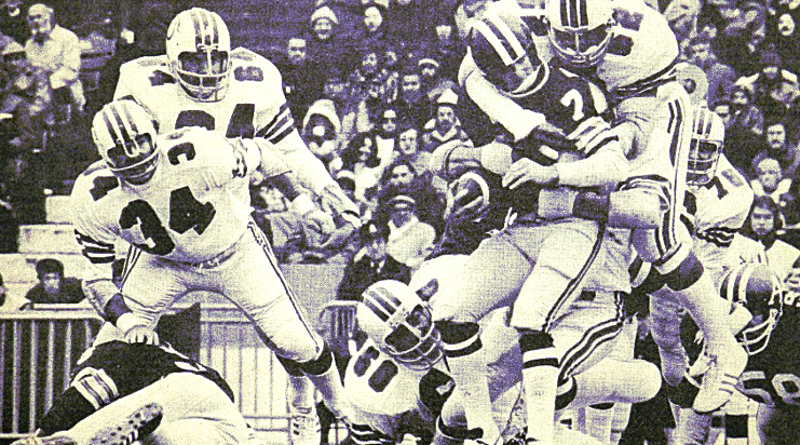 You’ll see the point of this story long before I did. My cousin, who likes to hold forth, was telling me the reasons football ought to be banned. I’d been warned this was now a topic of his, and the warning had occasioned in me a pair of familiar thoughts: my cousin feels better if he’s denying himself something, and he likes to imagine everybody being denied something. I think that, for him, self-denial feels like a tightening of grip on bat. Overriding is how my cousin feels like himself. When he’s getting down to the business of being somebody whose existence is worth the time, he finds some footling impulse and pulls himself out of it. This override makes him feel better; it’s associated with how he manages to be him. Then, because my family loves reverie and ideas, my cousin provides himself with a mental sundae based on the experience. He sketches for himself why everybody ought to give up one thing or another, or have the thing taken away. For instance, football.

I heard him out, and toward the tail end I offered a thought. For me, I said, it went against the grain to take away something that people care about and enjoy. This thought isn’t much, but it’s the one I had on first hearing of my cousin’s new topic. Talking to my cousin, I added a scrap of experience: I’d worked on a book by Canadian football coaches, of all people, and I’d been struck by how much they cared. They saw their job as helping players become better human beings.

My cousin, making a bit of a reach, asked about slavery. Wasn’t that something people loved and cared about? I said I couldn’t say, but that I’d guess they relied on slavery and were terrified of seeing it end, as opposed to loving and caring about it. My cousin made a show of considering and came down on my side. I forget what we talked about next.

A few weeks passed and maybe I saw a news story about football. I thought about our conversation. It occurred to me that, duh, slavery is involuntary servitude. By definition, most of the people involved don’t love slavery; if they did, it would be voluntary and therefore something else. To miss this obvious point, all I had to do was define “people” as white. Which I did, and I never noticed until afterward. How woke am I? My frank self-assessment: “I’m about average on the awareness scale, which means that I can twig to the actuality of black people when I’m reminded.” Without a reminder, I may spend a month before dawn breaks on Mt. Marblehead. Or more, of course.

Adding cream to the jest: during his football discourse, my cousin announced that pro football was a continuation of America’s old pattern of having blacks fight for white amusement. He lifted his chin on saying this, as if flinging defiance. My response was to outflank him by indicating that he hadn’t always been Mr. Racial Awareness. (I had in mind a conversation from long ago, when he’d been enthusiastic about Charles Colson lecturing black prison inmates on morality.) In effect, the two of us were competing to see who could claim racial justice as his hilltop. Minutes after that, we were agreeing that the key thing about slavery was how the slave owners felt.

Here’s some more cream. My favorite observation about race is from Huckleberry Finn, when Huck tells an old white lady about a riverboat explosion. “Good gracious! anybody hurt?” she says. He says no, a black got killed. The lady: “Well, it's lucky; because sometimes people do get hurt.” I’ve been laughing at that exchange for 31 years. But sometimes I realize that I’m living it.