Voter fraud and rigged elections aren't a thing of the past in the United States. 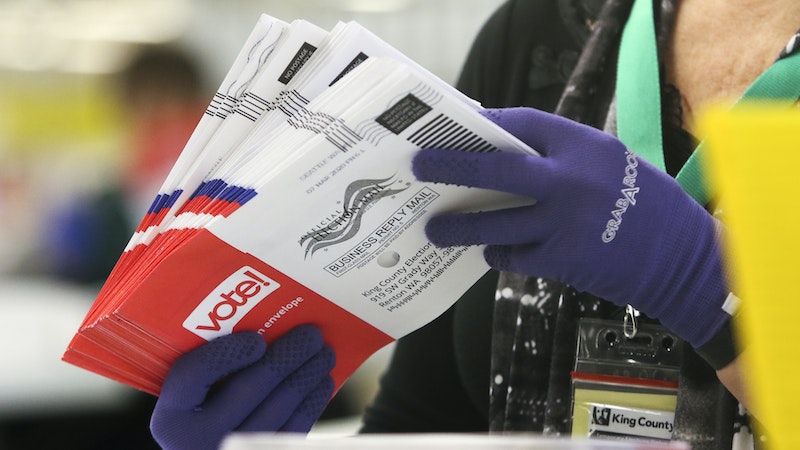 Voter fraud and rigged elections exist in the United States. That’s not a crazy, conspiracy-laden statement. It’s the truth. Joe Biden won the 2020 presidential election and Donald Trump lost. There was voter fraud in the election like many others. It’s a matter of how much takes place and who it favors. We haven’t seen evidence that there was enough fraud all going one way in the proper swing states to overturn the election.

However, we can assume that some people illegally voted, double-voted, some mail-in ballots ended up in the trash, non-citizens had their votes counted, as did fraudulent mail-in votes. A town clerk in Massachusetts confirm an instance of the latter that happened in his town last year after I brought it to his attention; he was upset. A few other town clerks noted that ballots did come in under decreased names, but they didn’t count the votes.

There’s another type of election fraud that’s far more prevalent—especially in down-ballot races. Documented instances of these rigged elections exist throughout the country and world, and I’ve heard allegations of it happening in Massachusetts, but it’s hard to prove because who would admit that? In tight elections, we sometimes see spoiler candidates. Many allege that Green Party candidate Ralph Nader siphoned enough votes away from Democrat Al Gore in Florida to hand Republican George W. Bush the 2020 presidential election. Others argue that Libertarian Shane Hazel of Georgia is the reason why Democrats have control of the U.S. Senate now; if not for him, Republican David Perdue may have received at least 50 percent of the vote in the 2020 November general election. Instead, the race went to a runoff between the Republican and Democrat, and Trump’s behavior after the election caused enough Republicans to stay home. The Democrats won both seats in the January runoffs.

In 2016, former CIA employee Evan McMullin tried to help Democrat Hillary Clinton win the election by splitting the Mormon Republican vote in Utah. It failed; Trump won the state and the election. Those were not rigged elections. The difference is a fake candidate recruited by a major-party candidate to take votes away from another person. The fake candidate often won’t campaign, spend any money, debate, have lawn signs, or do anything other than have their name on the ballot.

Say a Republican wanted to rig an election. He or she could recruit a Green Party candidate or a socialist to take votes from the Democrat. If a Democrat did the same thing, they might recruit someone to run as a libertarian or a Trump Conservative. They may recruit someone who has the same name or a very similar name to the other candidate, a strategy also used in primaries

And in a down-ballot primary with poor name recognition, the race may come down to geography.

I grew up in a state representative district that included two towns: Marshfield, MA, and Scituate, MA. If I were a Republican candidate for state representative in the district in which I used to live, and the other Republican candidate was from Scituate, I’d want to split the Scituate vote, if I were to rig the primary. The consensus among strategists I’ve talked to is that people are more likely to vote for their hometown candidate both in a primary and a general election. Part of the reason for that is that name recognition is so poor in these races.

So if I could win Marshfield and have a fake candidate from Scituate take some votes away from the real Scituate candidate, that gives me a better shot of winning the primary. I’ve heard allegations that an establishment Republican in Massachusetts running for a different office has done this a couple of times in the past six years—except he used two candidates to rig it the last time around.

If you see anything sketchy like this, it’s worth investigating or reporting to the proper authorities. The perpetrators are likely corrupt in other ways and deserve whatever punishment is on the books.