How The U.S. Could Trim the Deficit

As Biden and O’Rourke ask: why are we giving these benefits to people who don’t need them? 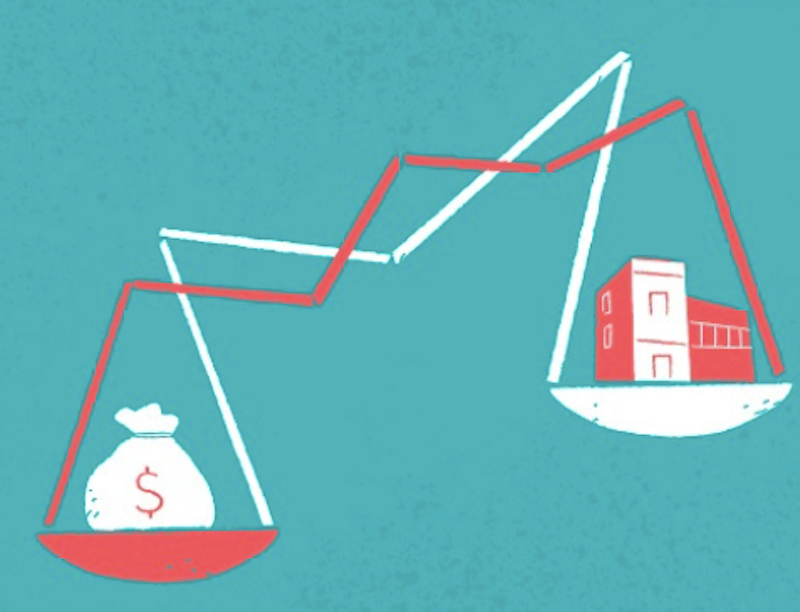 By the end of this year, the U.S. National Debt may exceed $30 trillion. With a $1.9 trillion stimulus package on the horizon—the country last had a budget surplus when Bill Clinton was in office—this issue will persist for years to come.

Spending cuts, in practice, are unpopular with the American public. However, in the past, President Joe Biden has indicated an interest in reducing the annual deficit—like he did as Vice President in 2011, as a Democratic presidential candidate in 2008, and as a Senator in 1995.

If he’s still interested once the pandemic is over, there are many places he can look to cut. The military is the most obvious example. Run through the military budget and you’ll see a lot of waste. America’s been at war and involved militarily in the Middle East since 2001. As of Fiscal Year 2018, the U.S. spent $44.29 billion between Afghanistan, Iraq, and Syria alone. Border security and not drone striking civilians are cheaper ways to prevent terrorism in this country.

Pork to defense contractors and excessive programs are another issue. One Pentagon report in 2016 showed $25 billion per year in administrative waste in the military budget. The country spent $35.4 billion on nuclear weapons in 2019; the U.S. hasn’t used a nuke in warfare since 1945. And there are planes like the F-35, F-22, and B-21 that even the late war hawk John McCain lambasted as government waste. Last year, some Congressional Democrats wanted to cut the military budget by 10 percent. That’s a modest $74 billion savings, but we should take it.

Touching entitlements might be the third rail of American politics—along with criticizing Israel—but it’s hard to cut spending without addressing them. Since many seniors rely on Social Security and Medicare for income and healthcare, blanket cuts aren’t the answer. Means-testing, however, is something that Biden and former Rep. Beto O’Rourke expressed support for in the 2010s.

Social Security and Medicare cost a combined $1.873 trillion in Fiscal Year 2020. As Biden and O’Rourke ask: why are we giving these benefits to people who don’t need them? Even a five percent reduction to that number is $93.65 billion. Biden could exclude the top five percent of income earning households by state from the benefits. In West Virginia, that's an income exceeding $155,823, while in states like California and Massachusetts, it exceeds $250,000. The cap on income could be higher and still save five percent because the rich live eight to nine years longer than everyone else. If Biden were to cut it off at people earning more than $400,000 per year—the group he says he wants to raise taxes on—that’s a start.

But a Democratic president likely won’t do what the libertarian right wants and abolish the Federal Department of Education. Its $68 billion budget largely goes to Pell Grants, the Federal Direct Student Loan Program. There are many other ways to lower the cost of higher education, but there’s evidence that federal subsidies raise the cost of higher education by guaranteeing money for private for-profit colleges. States ought to create free online college programs with low overhead costs replete with YouTube lectures, readings, and online tests while in-person colleges should kill electives/gen eds, athletics that lose money, and bloated administrative staffs. If the federal government wants to help, they can let people discharge federal loans via bankruptcy—something that would cost about a few billion per year.

When it comes to special education, America receives poor results for a high cost. Not to mention there’s a perverse incentive for schools to diagnose young boys with learning disorders like ADHD and unnecessarily drug them because they can’t sit still for six hours when they’re six years old.

If Biden pursues deficit reduction, tax increases are necessary. However, something as simple as closing tax loopholes that allow American companies to offshore their businesses could help capture some of the more than $90 billion lost each year. Multibillion-dollar baseball franchises like the Miami Marlins having a P.O. Box in the British Virgin Islands and calling it their headquarters is part of that problem.

Corporate welfare costing the country about $100 billion is another problem. Whether it’s for corn or fossil fuels, America loses revenue for things that can have nasty side effects: obesity and ruining car engines in the case of corn, and increased carbon emissions in the case of the fossil fuel industry. Not to mention Big Ag uses H-2A visa workers and illegal immigrants as labor, so maybe we should import more food instead.

Healthcare reform could also cut federal spending. Repealing Obamacare and replacing it with Universal Catastrophic Coverage would save the country more than $70 billion per year, according to Niskanen. It also would cut personal health expenditures by allowing much of the healthcare market to work as a market. We know cash is cheaper when paying for healthcare and price transparency knocks down costs.

The American public wants to cut foreign aid. People don’t like hearing about $10 million going to gender studies programs in Pakistan. How about nearly $50 billion going to countries across the globe, including some that hate us, and then places like Israel that have universal healthcare, heavily subsidized college, and paid maternity leave? What if America tried to implement fair trade deals that raise wages for workers in those countries instead?

These hypothetical reforms reduce the deficit by more than $500 billion. That’s a start.