American Totalitarianism’s Going to Be a Bust

If the right-wing consensus is correct, torture will become a constant tool of Washington D.C.’s repressive organs. 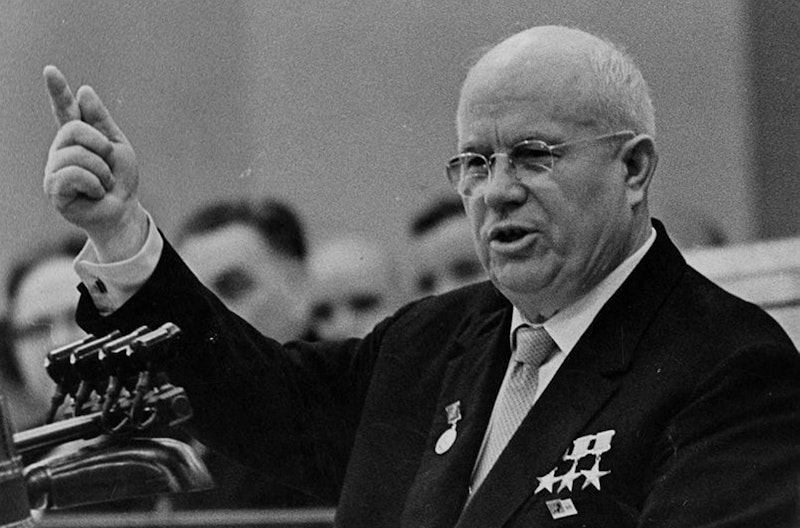 Is a tech-enabled liberal totalitarianism about to descend on the United States? Has it descended already?

Poke around those precincts of the moronosphere where the dimmer and more monomaniacal amongst my traditionalist far-right brethren lurk, and you’ll learn that “soft totalitarianism” is a foregone conclusion. The only thing up for debate is whether it will in fact be “soft.” In certain comments threads you’ll find my ideological soulmates even putting money down that the “hard” totalitarian trifecta—concentration camps, industrialized mass murder, a police torture regime—is about to come through.

Did you ever read Solzhenitsyn’s Gulag Archipelago? The lurid descriptions of NKVD/KGB tortures are some of the best parts. Remember the “bedbug-infested box”? It was exactly what it sounds like: a box teeming with bedbugs into which Stalin’s doughty secret policemen shoved dissidents, stuffing them in for a good 48 to 72 hours so that their limbs could contort, their bowels could fail, and tens of thousands of parasites could eat their bloody fill. (Someone had to eat their fill in a Soviet Union in which the Ukrainian peasants were hoarding the People’s grain, and in that way starving tens of millions of honest workers, many of them Great Russians.)

If the right-wing consensus is correct, tortures like that will become a constant tool of Washington D.C.’s repressive organs. Top paleocon intellectual and professional masochist/defeatist Rod Dreher must be weeping moist tears of thanks to God at the imminence of his own, Dreher’s, grotesque suffering at the hands of American federal agents armed with communist punitive technology. If Dreher gets lucky—and if I know my Dreher, he’s hoping he gets lucky—he’ll be the first American martyr/dissident whom the Deep State goons shove into the box.

I’m as committed to the idea that liberalism is a totalitarian menace as any other far right-winger. That’s why I’m surprised to find myself so unworried by the onset of totalitarianism here in the U.S.: soft, hard, or, like a coddled egg, somewhere in the middle. I have the feeling that that trait of American society that I usually hate—its un-conservative restlessness and dynamism—will hobble any totalitarianism. Even if there are fewer than there used to be, there remain too many layers in American society, too many diffused power centers and inconspicuous levers of influence, too many wheels and wheels within wheels, for a totalizing ideology to exert its hegemony for long.

Actually, even societies with magnitudes less of that quality I’m calling “dynamism” have proven resistant to totalitarian power. The American idiot-intellectual’s mind, when it thinks about Stalinism at all, tends to imagine a scene out of Fritz Lang’s Metropolis, or a passive Winston pinned to his bed in 1984 as the telescreen scans his brain, or that proverbial boot that we’ve all heard so much about, the one that stomps the proverbial face, forever.

But in reality “forever” has nothing to do with it. Stalinism was a distinct regime that started generating its own opposition even before Stalin consolidated power; and Stalinist society was, in addition to NKVD men and their victims, also a seething, restive conglomeration of kolkhoz and factory thieves, penny-ante saboteurs, closet religious believers, black marketeers, forgers, smugglers, nostalgic devotees of the late tsar, keepers of illegal kitchen gardens, artists and writers and academics who subtly subverted the canons of socialist realism and official theory, comics whose jokes were veiled commentaries on regime power, ministers who hated their bosses and tried to subvert them when possible, amateur musicians who played the old songs and not the new, agronomists who ignored the dictates of “socialist agricultural science,” women who still said grace before dinner, priests who held secret masses, readers who read forbidden books—and so on and on and on, ad infinitum.

In other words, there was sufficient dynamism that Stalinism (which, mind you, I admire in some ways, not least for the confidence with which it Russified the lesser peoples of the Russian empire, suppressing their vulgar native cultures and dialects) lasted about a quarter of a century. A comparative blink of an eye when compared with how long the loathsome Protestant heresy that we call the United States has already lasted.

In its instability, an instability that was obscured by its violence, it was doomed from the start. When Stalin died, even such hard cases as Beria, Molotov, and Khrushchev couldn’t wait to scrap many elements of his system (while keeping, to be sure, many others, where it suited them). Reading Khrushchev’s memoirs, one gets the sense that Stalin’s henchmen who survived him would have been pleased to throw his corpse into a ditch.

It’s with equanimity that Uncle Harris will welcome the American totalitarianism, if it comes. It’s destined to fail, and sooner rather than later. In failing, it could well plunge the U.S. into radical disorder. And even if it doesn’t, there won’t be any good news. The United States will simply revert to being the risible, decadent, vulgar, dysfunctional, obscene, nauseating cesspool it’s been throughout my 60-odd years as a resident of the place.

But all that is a subject for another post.