More "soft recommendations" from the CDC, Fauci, and Biden administration continue to pass the pandemic buck onto the people. 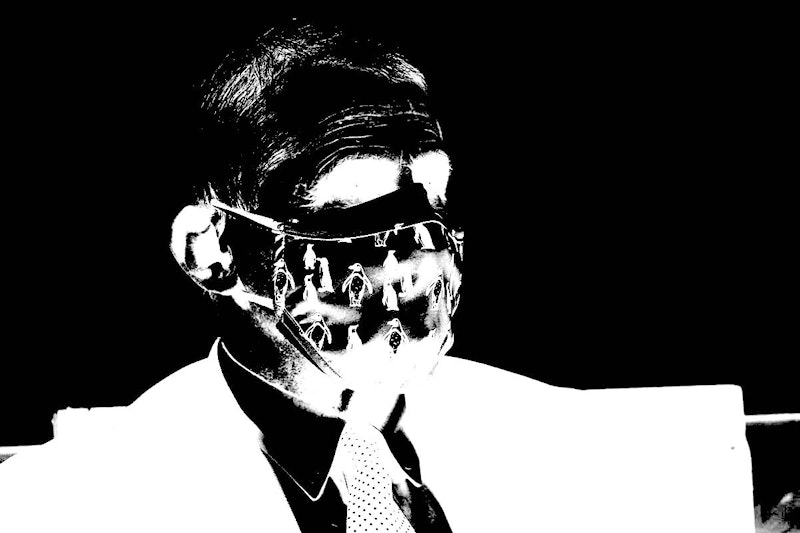 A trending topic on Twitter has bugged me for a few days, waiting until I look at it and do exactly this—quote it: “With more Covid-19 variants, extra filtration isn't a bad idea. Scientists are working to set global standards for the myriad kinds of masks available to help consumers—but until then, here’s what you need to know to make your own masking decisions.” This is a Twitter “Event,” with no author offered other than Quartz (@qz).

A thread follows from Katherine Ellen Foley: “If you haven't been double masking, now's probably the time to start: We know at least the UK variant, which is more transmissible than other variants, is spreading rapidly. But there's a right way and a wrong way to do it… First, the basics: Double masking is just wearing one mask over another. The benefit is that you'd have an extra layer of filtration to stop your droplets flying out, and to stop others' reaching your own respiratory system… [CDC Director Rochelle Walensky] is studying how well double-making works, but a lot of folks, including Dr. Anthony Fauci, have said ‘it just makes sense’ and have started doing it—I have too! I use a KN95 with a construction mask over it (like a surgical mask, non medical grade).”

She goes on about how “There aren't standards for how to double mask yet, and which masks to include because... there aren't standards for masks yet.” So trust us. As our President said on that fraught election night just a few months ago: “Trust the plan.” The votes did come in, and Joe Biden is President, yet the void of authority has yet to be filled. Biden isn’t up there suggesting people experiment with Clorox products—he’s not up there much at all—but there hasn’t been a serious reversal and media blitz in our country’s strategy and attitude toward the COVID-19 pandemic. Biden and the DNC are still hemming and hawing over $2000 checks they promised (and even suggesting the $1400 may be a mirage, too), and instead of going on TV and giving their own daily coronavirus briefings, clarifying whatever Trump got wrong. Whatever it takes to get the country on the same page, or at least in the same reality.

(This doesn’t require a “reality czar.” We just need a somewhat honest administration—again, a tall order.)

“It just makes sense.” Everything in its right place. Don’t think about what they said, just do it. Trust the science, trust the experts, because “experts say,” and whatever they said, whenever they say it, you better be listening. “Experts said” there were WMD’s in Iraq, but those were Republican “experts” (mostly). For about six weeks last spring, every morning felt horrible and totally tense and really scary: the future was totally blank.

By the time George Floyd was murdered on May 24 (the same day, coincidentally, that The New York Times published a front page full of the names of the first 100,000 Americans to die of COVID-19), the uncertainty and menace of the virus was mostly gone: there were no mass graves in Manhattan, the power grid was still up, supply chains hadn’t broken, and all of a sudden thousands of people risked "super-spreading" the virus in order to protest the "more urgent" (?) problem of police brutality.

To see so many otherwise intelligent people, who had just weeks earlier castigated anti-lockdown protestors in Michigan for being irresponsible vis-à-vis the virus, made the fever break for me. This was not going to end up like The Stand, or The Quiet Earth. COVID-19 was not as merciless as we thought: otherwise, many thousands of more people would be sick or dead right now. When people were wandering around burned-out cities or protesting peacefully outside pick-your-city-hall, without serious PPE (this was months before the “common sense” of “double-masking” was mentioned), the emergency alarms stopped blaring, and we’ve been left in this attenuated “new normal” ever since.

As hospitalizations and confirmed cases fall, even as scary new “variants” make their way into the news, some people are having difficulty: What to do? Dr. Fauci said it was a good idea to “double-mask”—after all, “it just makes sense”—but he hasn’t commented on any data disparities for the anxious and beleaguered trauma addicts continually refreshing the Johns Hopkins COVID counter, a favorite for nearly a year. That counter is never going away. There will be more coronavirus variants--like the common cold--even as schools and restaurants reopen, and there will be a class of people who will be able to afford staying home and being scared, for the rest of their lives. The perfect consumer!