This inexcusable action by UT is part of a trend I hope ends in 2021—colleges responding to videos and social media posts from young people by rushing to judgment and choosing the most drastic option available to them. 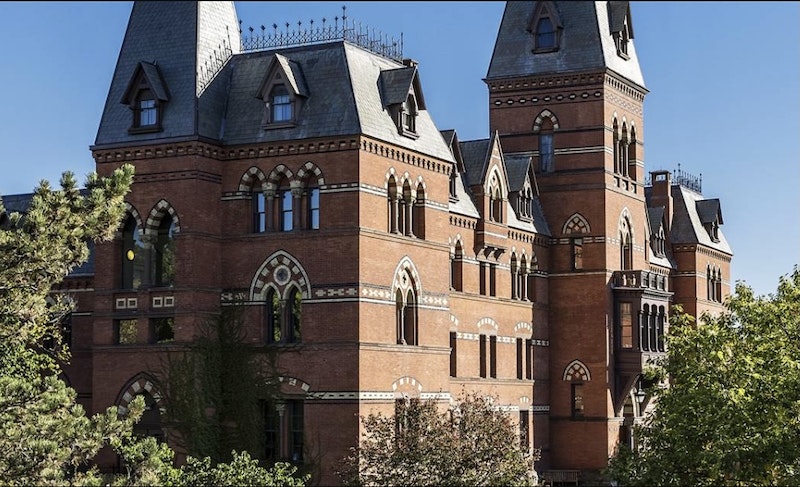 The recent New York Times story on 19-year-old Mimi Groves, who was forced to withdraw from the University of Tennessee because a classmate posted a video Groves had sent to a friend (she didn't post it on social media) when she was 15, is disturbing. Groves had used the N-word, but she was quoting a rap song. This inexcusable action by UT is part of a trend I hope ends in 2021—colleges responding to videos and social media posts from young people by rushing to judgment and choosing the most drastic option available to them.

When a teen's comment offends people after the acceptance letter's already sent out, alumni and students immediately complain to administrators and demand a revocation of the admission, even though they've read only one report and lack context. These people are driven by impulses, and often a desire to signal virtue, meaning it's incumbent upon the school to look at all the facts with deliberation and make the responsible decision if it wants to protect prospective students from the mob. But colleges are often willing to sacrifice a student (or a faculty member) in order to eliminate a threat against the school, a reality that all incoming freshmen should be aware of.

"In America you are allowed to be racist as long as you don’t act on it,” tweeted Sean Glaze, a star cross-country runner who planned to become a Xavier University freshman in September. Glaze also suggested that Ku Klux Klan rallies were less violent than some of the George Floyd protests. After these two observations provoked outrage, Xavier announced in June that it had revoked Glaze’s admission offer because of “offensive, racially-charged posts." But is his first claim actually offensive? Society can’t regulate people's abhorrent feelings; it can only react against racist words and actions, so you are "allowed" to be a racist if you keep it to yourself, unless you want to have a totalitarian government ferreting out racists via Stasi-like state-run surveillance.

As for the Klan rallies, there have been plenty of KKK gatherings over the years that have been members-only, violence-free affairs full of rotten people. On the other hand, over the summer Black Lives Matter protesters smashed up the coffee shop I frequented in Richmond, and I witnessed another BLM group setting a nearby building on fire. Glaze was just stating a fact. He sent an apology letter to Xavier, but to no avail.

Marquette University rescinded an incoming student's offer of admission last June after this offensive Snapchat comment, referencing George Floyd's death, surfaced: "Some ppl think it's ok to kneel during the national anthem so it's ok to kneel on someone's head. Come at me. Y'all brainwashed." This isn’t an intelligent observation, but this student did meet Marquette's admission standards. Another credible scenario was that the student, who'd received a lacrosse scholarship, may have had strong feelings about the divisive kneeling issue and was trying to provoke her political opponents by being purposefully offensive. Is spoiling for an online fight using incendiary language now justification for a university to mess up the life of a young person?

I suspect Marquette put little effort into getting below the surface of the controversy before pulling the plug on a student they'd already admitted, although the school made it appear that it had done so in announcing that it had conducted an internal review involving several departments. You have to wonder if Marquette thinks that taking performative actions like withdrawing admissions for unpopular social media posts is meant to distract people from the fact that only four percent of its students are black.

Gabe Warren, a Marquette cross-country runner who supported his school's action against Sean Glaze (who was set to become his teammate) made a comment about Glaze's comments being protected by freedom of speech, but not "freedom from consequences.” He was echoing a common, flawed argument indicative of the rampant ignorance of the concept of free speech on college campuses. “Xavier has every freedom to remove him," Warren said, "just like he has every freedom to say or not to say what he said." Look at that sentence again and you'll see that Warren is saying that Glaze is not free to say what he said, because when he says it a powerful institution that he's worked hard to get into is going to inflict a severe punishment upon him.

Warren's misunderstanding of the issue stems from the fact that, in order for free speech to exist, the "consequences" of speech that some don't approve of must be confined to social pressure against the "offender." If official sanctions are the consequences, then where's the freedom? Do criminals have "freedom of theft" just because they have the "freedom" to buy a gun and drive to a convenience store before robbing it and then getting arrested?

Marquette, commenting on its punitive decision, announced, "We are called to build a nurturing, inclusive community where all people feel safe, supported, welcomed and celebrated.” Besides asking if "all"—or even any—college students want or expect to be "celebrated" on campus, I'd also posit that there's no evidence to support a claim that keeping people like Sean Glaze and the unnamed Marquette reject (her name's all over social media) out of a school will really do anything to protect students the schools claim to be trying to protect.

College and university administrators would never admit it, but the main reason that they rescind admissions without much due diligence, or considering more measured responses, is they don't want to deal with the heat. So they tell us they're creating a "safe" environment as a diversionary tactic meant to make them look good.

Nolan L. Cabrera, associate professor of educational policy and practice at the University of Arizona, exemplifies the simplistic, zero-tolerance approach of revoking admission letters, a response that lacks both imagination and compassion. "Rescinding offers sends a public message that this type of behavior is not acceptable,” he said. "It has its flaws and is not perfect, but a lot of other options are less effective.” Authoritarians talk about "effective" punishment while ignoring the concepts of justice and mercy. Putting first-time speeders in prison for five years would also be very "effective" at sending the message that driving too fast is not acceptable. That academia is full of people like Nolan Cabrera who can't think straight is a serious problem. Colleges and universities are charged with educating young people, not freezing them out before they've even had a chance to learn anything.

Adult educators in positions of power have a responsibility to protect the 15-year-old Mimi Groves of the world; instead they treat them as sacrificial lambs who are barely human. Just before her video emerged, Groves wrote online about her support for BLM. What a merciless culture we live in.