I Blame the System

Society dies in most stories lately, or should. 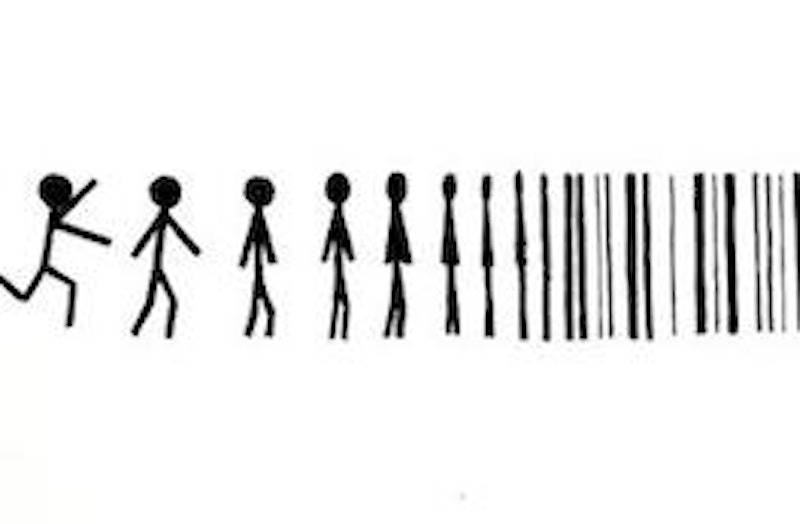 In so many current films and TV shows, you sense the trauma of a culture coping with shifts toward populism and the use of social media that’ve left people unsure what’s real, what’s authoritative. Late 2019, prophesied to be a time of media-saturation and rebellious robots in the Philip K. Dick-inspired film Blade Runner, is the perfect time for the culture to lose its grip. Going mad on schedule like this looks like the cultural equivalent of a predictable manic upswing.

Even The Irishman, one of the more old-fashioned movies making headlines this season, has big, unsettling questions hovering around it. Not only is the film based on the real-life exploits of a Mob/labor union hit man who claimed to believe he had indirect ties to the Bay of Pigs invasion and, not coincidentally, the killing of JFK, but its outspoken star and director have both been in the news for other coup-related reasons. Robert De Niro says Martin Scorsese thinks Trump will start a war to secure an unconstitutional third term.

True or false, that is one of the laziest, cobbled-together bits of old-timey, cliché political paranoia I have ever heard—and they call us libertarians conspiracy theorists? One reason Scorsese’s fear sounds out of touch with the times is that it’s the Democrats who’re lately horrified we might stop shipping weapons to Ukraine—and might remain on fairly neutral or at least non-shooting terms with Iran, North Korea, and Venezuela. I too am tempted to get paranoid but less because Trump’s crazy and more because arms sales are respectable business as usual in DC, maybe even deemed by some worth impeaching a president to facilitate. Such debates being out in the open lately is timely, though.

Everyone is welcome to rave online, on the big screen, on TV, and out in public now in ways once restricted to hushed, speculative whispers. The “don’t rock the boat” ethos is gone, and the passengers are smashing deck chairs willy-nilly, which may yet prove very beneficial, if we survive.

I give De Niro and Scorsese credit for making a (long but good) movie in which unions look brutal and frightening, regardless. Let that all hang out in the open for a change, too. So great is unions’ power in real life that, for instance, all the Dem presidential candidates besides Biden and Bloomberg have condemned school choice and/or charter schools, preferring teachers unions to children and their parents, who mostly want choice.

Al Pacino, who plays union/crime boss Jimmy Hoffa in The Irishman, also leads a new Amazon Prime show called Hunters about a charismatic team of ethnically-diverse agents tracking down and killing escaped Nazis living as ordinary American citizens 30 years after World War II—with at least one of the covert fascists sporting a big red baseball cap at center screen, where no object appears “by accident,” believe me. “This is not murder, this is mitzvah,” Pacino’s character assures the team and the viewers.

This is not to be confused with that canceled movie called The Hunt about elite liberals hunting conservatives for sport. In both cases, the producers can plausibly allege that they are criticizing, not celebrating, the ruthlessness of the protagonists. Whatever.

It’s not as if I’m wholly unsympathetic to the left-wing impulse to celebrate resolving all social conflicts right now immediately this instant by running amok. The idea of a debts-canceling “Jubilee” throughout society, briefly popular during the Occupy Wall Street protests thanks to the writings of left-anarchist David Graeber, would probably be okay with many anarcho-capitalists like me as well, as long we’re promised that afterwards there will be secure property rights and no government. And the Jubilee idea appears to be making a bit of a comeback now, aided by writings that emphasize its biblical (and thus more broadly politically-appealing) roots.

In lieu of some social transformation that radical happening, most frustrated anarchists opt for mainstream-left political outlets. Even longtime non-voting anarchist and comic book writer Alan Moore caved this year and voted for Jeremy Corbyn, quite futilely given the landslide for Brexit-backing Boris Johnson and his Conservatives. Let that be a lesson to Moore et al that anti-Semitic socialists are no substitute for real freedom.

Meanwhile, the unauthorized TV-series sequel to Moore’s best-known work, Watchmen, uses time travel and conspiracy tropes to revisit such real-life horrors of history as the Tulsa massacre of a black business district, which is probably a valuable moral education for some viewers—but is no reason, for the objective observer, to condone things such as black protestors cackling with glee in Berkeley recently as a white student’s ticket to see Ann Coulter speak was torn out of her hand and stolen. These aren’t comparable or comparably historic crimes, obviously, but both are wrong, and one is happening now. I hold the truly radical position that everyone should avoid being a barbarian.

(By the way, David Hayter’s test footage of the first Rorschach/Nite Owl conversation, from the collapsed 2003 version of the Watchmen movie, six years before the Zack Snyder version was released, ain’t half bad.)

As if we’re really nearing the climax of Watchmen, this month also brought the Denman Glacier being declared deepest place on land (two miles down) that is not under the ocean, news that the Game of Thrones producers are planning a serious H.P. Lovecraft adaptation (not amateur schlock like that baffling 2007 Cthulhu movie), and the CW Channel superhero shows (six and counting!) depicting the complete destruction of the DC Comics multiverse, which happened in print back in 1985, the same year the original Watchmen comic, with its time-hopping Dr. Manhattan character, came out.

It’s like all the mutant, alien, time-traveling chickens are coming home to roost simultaneously, and I haven’t even mentioned Philip K. Dick’s alternate-history Nazis in the Man in the High Castle finale or the Dick-like reality-bending turn in the final episodes of Mr. Robot this month, which managed to depict an evil Chinese transvestite threatening to detonate a nuke to create an alternate universe without it seeming like a joke. That’s art.

In other comics-yet-serious news, one actor who has played the Hulk (Mark Ruffalo) is in a movie (Dark Waters) about a corporation poisoning the water while another former Hulk (Ed Norton) is in a movie (Motherless Brooklyn) inspired by the evil urban planner Robert Moses’ callous destruction of New York City black neighborhoods back in mid-century, one of many historical reasons the left and marginal populations really should dislike government.

Everyone should dislike government, but the plain truth is that people tend not to get upset until their own oxen are gored—witness Taylor Swift slamming George Soros, despite all the hard work the left has done trying to shore up that leftist billionaire’s image over the past few years, once she realized he was a backer of the organization keeping her old music catalogue contractually tangled up and out of her hands. Maybe the left will go back to hating Swift now, after her brief reprieve.

Like a divorcing couple, society lately feels ready to fight every battle, sane or insane, as if it’s the last one and maintaining the civility of old alliances just doesn’t count for anything anymore. Fiction can barely keep up. I just hope 2020 will be a year of quiet recuperation.