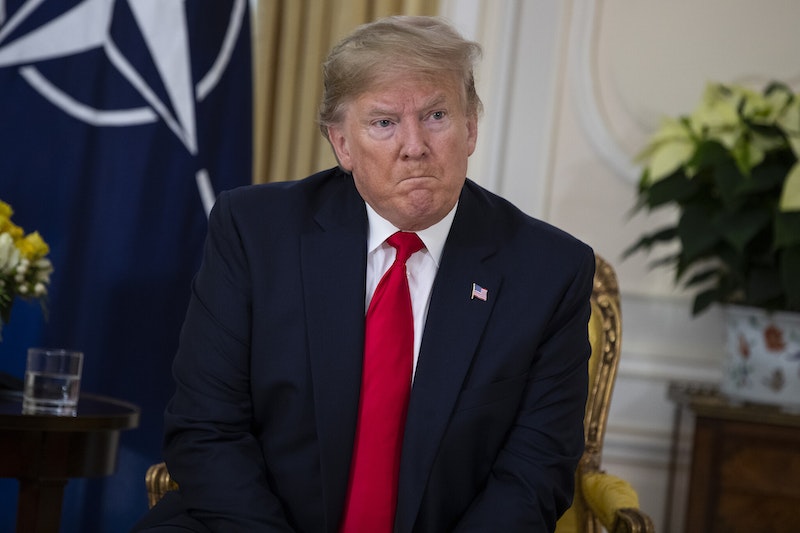 “He’s always saying, ‘It’s not fair,’” my mother remarked. She said the habit demonstrated Trump’s essential childishness. I agree with her completely. Trump’s squalling-baby nature has been on view, on full public exhibition, for half a decade. It was easy enough to find before, but sometimes he muted it. He could put on the amiability, and anyway the whole public wasn’t watching, just portions. Now America has collectively experienced our leader’s molten displays and learned what he’s about. It didn’t take long. Fans and foes knew by the primaries that he was a whiner. We know it now. What we have to absorb next is that having a crybaby president is largely okay by the United States. It’s not a majority proposition, I don’t think, but it’s in the 40s, a little above Trump’s perennial poll rating of 42 percent. This strikes me as an unremarked sea change. Something that’s supposed to be disgusting has become prized. Society has turned itself upside down, or at least got itself part-way (because Trump has never crossed 50 in a reputable poll).

The crybaby fans include most conservatives. The group’s thinkers always claimed to be guarding society’s right-wrong gyroscope against going screwy. But look: a big social change, an ugly one, has snuck up on the country. Being a crybaby, a coward, a numbnuts fumbler—these were all things that knocked a politician out of contention when I was young, and long before that too. I suspect that, around the world and in all centuries except this, so it has been for every ambitious soul steering toward power. For Trump the three rocks turn to dust. He can be a coward or fumbler, and his fans pretend he isn’t. Worse, he can be a crybaby and his fans applaud him. They like a crybaby. This inversion of long-standing human impulses is waved along by conservative thinkers. The Republican base votes the way it does, so the verities can spin.

Trump shows what liberals have long suspected, that the right’s project has become a sham. Not just a dodge to swindle folks out of Social Security, but a mental haze posing as a program for society. Since the Reagan years, American conservatism has trekked its way to being a form of entertainment. Its followers started with their glorious myths about the individual, and they finished with a world of big faces and big people (Rush, O’Reilly, Sean, Trump) telling stories for aged children. Now Trump is king of this made-up world and thereby president of America. The fans think power belongs with the biggest mouth, and a mouth that’s yowling is at its biggest. Welcome, President Crybaby.