Here’s What Self-Involved Feminists Should Worry About

When an eight-year-old dies on her wedding night. 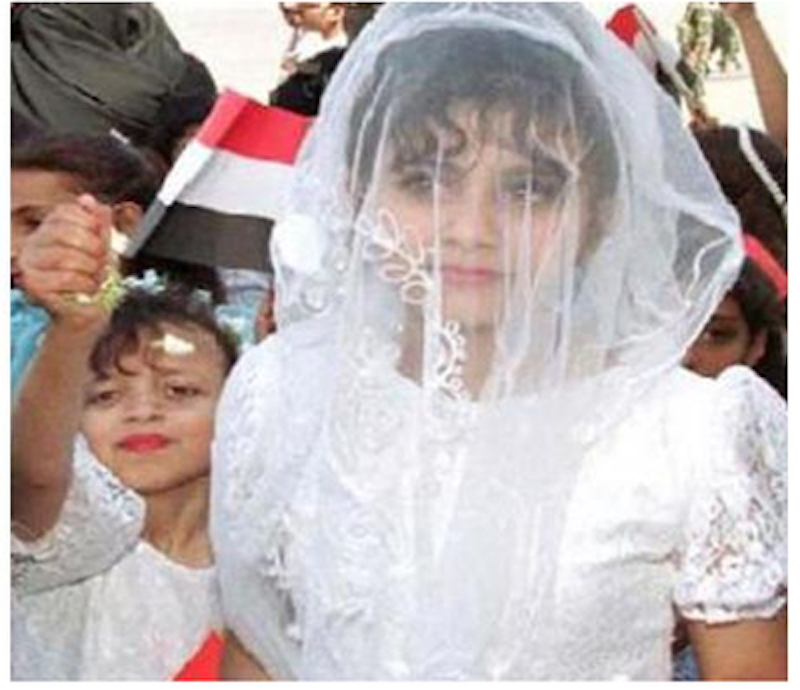 The headline jumped on the screen into my face: “Bride Aged 8 Dies After Suffering Internal Sexual Injuries During Wedding Night With Man, 40.” The horrifying details that an eight-year-old Yemeni girl died of internal sexual injuries on her wedding night to a 40-year-old man are like a punch to the gut. Or, more specifically, to our collective babymakers. I read the story, because I couldn’t ignore the fact that this kind of clusterfuckery is happening our world. Nowadays, it can be difficult to read a news story online. I saw it on BuzzFeed, and Pulitzer knows they don’t do any original reporting, so I followed their link to, oh God, Huffington Post, which invented not doing any original reporting (though it was HuffPo UK, so a better chance of a decently pasted together story, anyway). Their news source was a Kuwaiti daily newspaper, Al Watan, which reports that Kuwaiti activists are seeking punishment for the man.

Although here in the first-world-problem-filled United States I always see plenty of stories bemoaning the gender wage gap, it seems to me that feminism as a whole should focus efforts on international atrocities like this recent story rather than whether we chose to leave the “fast track” to have children. (See also: this excellent New York Times piece from Sunday “Chained to the Hearth or Warmed By It?”)

How is it in our world that an eight-year-old can be allowed to marry a 40-year-old man who takes her virginity and her life on the same night? It’s a horror beyond comprehension. I don’t give a shit what country and culture you’re in. More bad news in the story: a quarter of girls in Yemen are married before the age of 15. A few years ago another Yemeni girl, 13, died on her wedding night, also of genital injury. Worldwide, 39,000 girls under age 18 marry each year according to the World Health Organization. It’s a sickening statistic, apparently made worse in times of global poverty. I can’t even comprehend the kind of poverty there is that would enable a mother and father of a child to sell her into what amounts to sexual slavery and death before she is even old enough to get her period.

And it’s not like the feminists or anyone else can really do anything about it. These repulsive acts are happening in small tribes in tiny faraway countries: it’s clear we don’t even know a fraction of the nightmares young girls are enduring every day across the globe. It’s horrifying, and so much easier to click on a link to read a story about some celebrity or TV show or something cheerful or good in the world. But we need to know the very bad things are happening, too. An eight-year-old girl who died on her wedding night of sexual injury shouldn’t have to die quietly; we as a global society should mourn her.

Forget Syria, Obama. Take every man from every country who would marry and essentially rape to death a girl under the age of 18 (and cut their balls off first while they’re still alive if the girl is prepubescent), put them on an uninhabited island, and bomb the shit out of THAT.