Economics is About Money in Motion

Idle money does no one any good. 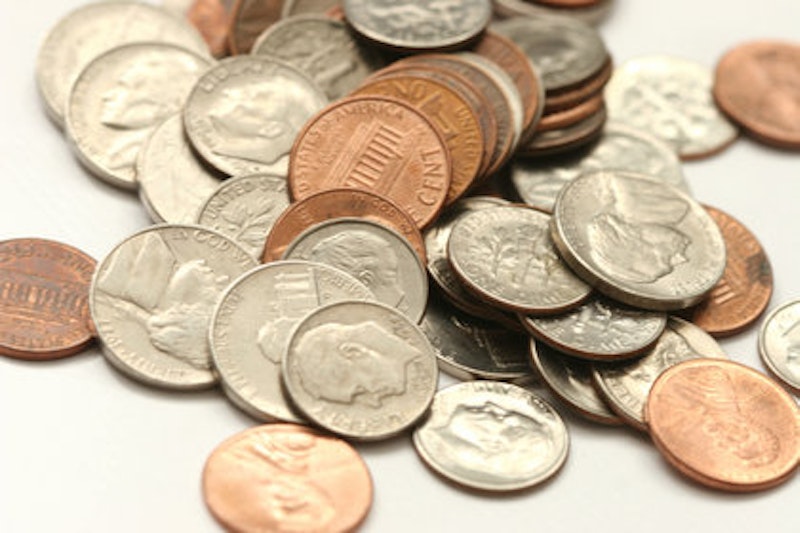 Henry Ford pioneered two great American ideas: the assembly line and the living wage. Ford understood that his workers had to have money to buy all the mass-produced cars they were building. He paid, they bought and everyone prospered. Today’s captains of industry fail to grasp the simple logic of Ford’s transcendent notion of capitalism. They’d rather hoard cash than spread it around to everybody’s benefit and wonder why nobody’s buying their goods and services.

America’s on the march again, the latest visible manifestation of what began as the “occupy” movement a couple of seasons ago. This time it’s Walmart workers, now averaging $8.80 an hour, who’re demanding $12 an hour and the right to unionize. The week before the foot-soldiers were fast-food workers, in city after clusters of cities, the lowest humans in the economic chain on the move for a decent, though hardly beneficent, hourly wage. And before the echoes of the March on Washington’s anniversary evanesce into the ether, that fiery summer day 50 years ago was about jobs and wages more so than a single memorable speech.

Great social change originates on the streets and not in the halls of Congress. The marchers are on a collision course with the paymasters who are cutting workers’ hours to scoot around Obamacare, which requires them to provide health care for full-time employees. They seem to be adhering to the 18th Century British economist David Ricardo’s “Iron Law of Wages”: As long as there is an abundance of labor, wages will remain at mere subsistence levels.

The federal minimum wage is $7.25 an hour, as it has been since 2009, a stretch of nearly five years without a boost. That amounts to about $15,000 a year for those who are stuck in the bracket and the rut. The push is on to increase the minimum wage to $10.10 an hour by 2016, hardly enough to support a family let alone send a kid to college.

District of Columbia Mayor Vincent C. Gray (D) has before him a bill that would require some large retailers, like Walmart, to pay no less that $12.50 an hour, or $4.25 more than the city’s minimum wage of $8.25. Twenty-one states have minimum wages higher than the federal requirement, 19 are at the federal level, five Southern states have no minimum wage laws and five states are lower than the federal requirement. Within that framework, there are exceptions for certain businesses such as those that involve tipping.

Increasing the minimum wage has become a badge of courage for most Democrats. President Obama supports the push. Maryland Gov. Martin O’Malley (D) backs the increase. Baltimore’s Mayor Stephanie Rawlings-Blake has endorsed the raise along with members of the City Council. Every Maryland Democratic candidate for governor—Lt. Gov. Anthony Brown, Attorney General Douglas Gansler and Del. Heather Mizeur (D-Montgomery)—has given the idea a stamp of approval. And Maryland’s newly-elected Congressman, John Delaney (D), has said he will use his pocket money to underwrite an advertising campaign advancing the idea.

With that line-up of support, the heavily Democratic General Assembly will consider minimum wage adjustment legislation when it convenes an election-year session in January. In a parallel development, the Greater Baltimore Committee is assembling a tax-study committee to recommend ways to reduce business’s state tax obligations. They want to make Maryland more business-friendly. Senate President Thomas V. Mike Miller (D-Calvert), with all the finesse of the running of the bulls at Pamplona, is reported willing to trade one for the other. But O’Malley has said not so fast to Miller’s munificent gesture. The unanswered question in the competing tug: Will business make Maryland more employee friendly?

Businesses today are sitting on more than $3 trillion in cash. They refuse to invest in new equipment or production because demand is down. And demand is down because wages are stagnant or falling, unemployment is stubbornly above seven percent and many people are still paying their way out of debt accumulated during the recent recession. The vicious circle proceeds without a break.

There are 47 million Americans receiving food stamps (including many minimum wage workers) and only 63 percent of the adult workforce is employed, the lowest in nearly 40 years, and the 11.3 million unemployed does not include those who’ve abandoned the hunt. Wages of the top one percent of earners are increasing while wages of the 99 percent are declining. The uneven distribution of wealth further roils the economy.

Many corporations, including the parent corporations of fast food companies, are using their hoards of cash to buy back stock and to pay obscene bonuses to executives. They’d be wise to spread their cash throughout the companies, and thus the economy, to stimulate growth and generate employment. As the economist and New York Times columnist Paul Krugman observes: “My paycheck is your job, and your job is my paycheck.”

The Chamber of Commerce and its fellow travelers argue that the fast food industry offers entry-level jobs for high school-age kids and teen-age drop-outs. Regrettably that is no longer the case. Because of a widespread lack of opportunity in other industries and a quiet revolution occurring in manufacturing techniques (robotics) as well as individual personal misfortunes, the fast food industry has become a default job market for the elderly, older and displaced workers and heads of household. The person serving your happy meal is likely to be a former construction worker, seamstress or unemployed lathe operator.

Fast food operations are also employers of first resort (in earlier times they would have been called sweat shops) for the new waves of immigrants who learn to say “Big Mac” before they can recite the Pledge of Allegiance. (Recall that former Maryland Gov. William Donald Schaefer once humiliated a Hispanic woman server in a McDonald’s for failing to deliver his happy meal fast enough and for not being able to “understand plain English.”)

Fast-food operators, many of them local franchisees—McDonald’s, Wendy’s, Popeye’s, Krispy Kreme, and on and on—claim they cannot afford to increase wages without raising prices. So? Yet other businesses such as Costco pay around $20 an hour and the giant bulk discounter is considered one of the best companies in the nation to work for.

Small businesses are the loudest complainers in the American economy’s echo chamber. Yet it’s difficult to define exactly what a small business is. Is it a one-person enterprise in a garage? A mom-and-pop snowball stand? A McDonald’s franchise? Or is it the Koch brothers, one of the world’s largest privately-held corporations that is solely owned and controlled by two brothers? Or is it as the Small Business Administration defines it, 50 or fewer employees?

Unlike Henry Ford, today’s CEOs and MBAs are prisoners of Wall Street projections and stockholders’ expectations instead of cultivating satisfied employees who contribute to overall corporate well-being in exchange for a share of the profits. The plight of employees in America is in inverse proportion to the decline of labor unions. For more than three-quarters of a century, the labor movement provided balance in the economy by assuring that workers shared in the product of their labor. And they, in turn, poured their wages back into the economy to produce the sales and profits that paid their salaries.

Frederick Winslow Taylor, a contemporary of Ford’s and a pioneering management consultant, observed: “Men will not do an extraordinary day’s work for an ordinary day’s pay.”