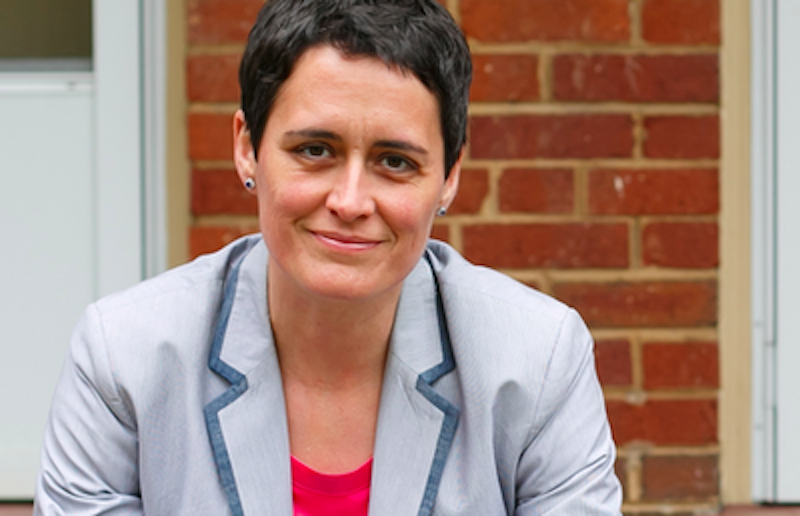 Most political candidates, except those feigning moral superiority or who are unable to attract it, are not above accepting campaign contributions from corporations because that’s where the money is. Trying to sanitize campaigns from the corrupting influence of money is like attempting to depoliticize politics.

America has some of the best politicians money can buy. Sad to say, money is the most important ingredient in any election. And those who collect the biggest slice of the billions spent—the media and the consultants—are the least susceptible to any attempt to regulate the free flow of campaign cash.

The Supreme Court, in its perverse anthropomorphic ruling, created corporations as people with smokestacks which begat 501 (c) (3) non-profit organizations performing illicit political acts disguised as social work. This, in turn, created a new breed of anonymous donors whose checkbook mischief goes unreported. (The Obama Administration is attempting to plug the loophole.) Finally, the Koch brothers peeled open their portfolios to fund the vast right-wing hydra in their crusade to smite the aberrant socialists and pinkos who impede rapacious free markets.

Comes now Del. Heather Mizeur (D-Montgomery), candidate for governor of Maryland, who wants to eliminate cash-and-carry campaigns, some say for impious motives. Mizeur has chosen public funding to fertilize her campaign instead of pursuing the traditional private sources. She has also proposed banning corporate contributions as part of a broad plan to change the way campaigns are financed.

The campaign whisperers sneer that Mizeur cloaked public financing in a sheaf of related proposals because it’s the only way that she, as a longshot, under-financed candidate can present a reasonably competitive campaign against her two well-funded Democratic rivals, Lt. Gov. Anthony Brown and Attorney General Douglas Gansler. The response is: a cordial flip of the bird.

So considering the full display of Mizeur’s campaign proposals, she is not merely bloviating but is mightily serious. Her positions have depth and are carefully thought out. She remains above the spitball politics that Brown and Gansler are engaged in.

Corporate campaign contributions were technically illegal in Maryland until 1973 but the outlaw money was honored only in the breach. Similarly, corporations were prohibited for decades from contributing to federal campaigns until the Supreme Court recently conferred personhood upon them.

And while Maryland law banned corporate money in state campaigns, labor unions could contribute unlimited amounts of money through their Committees on Political Education (COPE). In 1973, the administration of Gov. Marvin Mandel (D) legalized corporate campaign contributions in what Mandel trumpeted as one of the most significant campaign reforms of the era and, coincidentally, just in time for his 1974 reelection rollout.

The reform was illusory. Legitimizing corporate money and bringing it into the daylight simply relieved couriers (bagmen) of the furtive collection chore. Until the change, businesses, especially those reliant on the state, were assigned specific contribution amounts that had to be met to remain in good favor. Every Friday, when petty cash pools were bulked up, the bagmen made the collection rounds to relieve businesses of their assessments in washed, laundered and starched cash that found its way from petty cash drawers into campaigns and other destinations.

Probably the largest single (or multiple) campaign contribution ever made in Maryland occurred in 1974 when the building trades unions purchased $250,000 worth of tickets to a Mandel fundraiser, “Evening of Stars,” featuring the orchestra of Skitch Henderson, singer Lou Rawls, comedian Alan King and the Gold Diggers, a popular television dance troupe of the era. The tickets were distributed to union members and their families who populated the Zeppelin Hanger that was then known as the Civic Center.

In Medieval times, peasants presented the king with peppercorns on Michaelmas Day as a symbol of their subservience. The tradition has altered only in style and currency. Spiro T. Agnew, as every political hobbyist knows, raised the contributions to a more polite transaction as governor, directing his outstretched hand specifically to architects and engineers who returned their tribute in neat white No.10 envelopes.

Even walk-around money was temporarily outlawed in the 1980s only to be reinstated later to its reverential place in campaigns even though its value has been greatly diminished by the arrival of more persuasive idioms.

In today’s cyber-manic world, even the Internet has bloomed into an amorphous but unregulated source of campaign income. Pioneered by Howard Dean and perfected by President Obama, Internet fundraising has evolved into kind of an electronic Ponzi scheme, a deception that in other contexts is considered an illegal pyramid device.

Mizeur, for whatever noble intention, aims to change the methods of conducting the business of politics and in doing so may get more than she wished for by invoking the law of unintended consequences as has happened to others before her.

Taken part by part, the first order of business is Mizeur’s tapping into public financing, a taxpayer-funded mechanism that was last used by Republican Ellen Sauerbrey in 1994, when she came within 5600 votes of defeating Parris Glendening, who relied on the traditional sources of campaign funding to the then fetching tune of more than $6 million.

Mizeur would qualify for $1 million in public campaign funds if she agreed to a spending cap of $2.5 million. She now has about $380,000 in the bank as compared with Gansler’s $5 million and Brown’s $3 million.

Mizeur’s proposal would also expand the public financing system to candidates in other races as well as ban campaign contributions from bidders on state contracts. The Glendening Administration, for example, regularly used the Board of Public Works’ roster of vendors to solicit contributions for various causes, including campaigns.

While the public financing section of her plan claimed most of the attention, the banning of corporate contributions is likely the plank that will cause the most fuss as well as have the most profound effect on the funding of campaigns. There are thousands of businesses that employ nearly a thousand lobbyists to represent their interests in Maryland. The employer lists are a revolving source of fundraising for lawmakers. Such a ban would have little chance of surviving the General Assembly.

Maryland has a fairly demanding system of campaign finance reporting as far as it goes. And that reporting requirement is paralleled by a registration system for all lobbyists as well as their employers with the State Ethics Commission and a registration requirement for all bidders on state contracts that are filed with the secretary of state. State officials and legislators are prohibited from fundraising during 90-day sessions. The state special prosecutor is the designated enforcer of campaign finance laws.

Anyone with malevolent intent can devise a way of circumventing the campaign finance reporting system. Back in the rollicking good old days (and maybe even now), for example, there was a practiced method of getting cash into a campaign (and elsewhere): Printing duplicate sets of fundraiser tickets.

The usual optimistic printing run for a major fundraiser was, say, 10,000 tickets, at $100 each. In this sleight-of-hand, duplicate tickets from 8000 to 10,000 were printed. When all the tickets were gobbled up, the final 2000 duplicate tickets were reported unsold. With tongue in cheek and cash in hand, the $200,000 was available for whatever undefined purpose.

The flaw in the Maryland system, which Mizeur failed to address, is the frequency of reporting campaign contributions which is required only twice during a campaign year. More frequent reporting of donors, say monthly, would allow greater transparency and a closer look at the interactions between candidates and their financial backers.

Despite the best of intentions, there is really no effective way to control the flow of money in politics. The Supreme Court is preparing to rule in the spring on whether strict limits on individual federal campaign contributions violate the First Amendment. All brought to you by the same wonderful people who decided steel mills and auto assembly plants are people.