America's Incarceration Binge Is Over

It was a disaster, and no one will be punished. 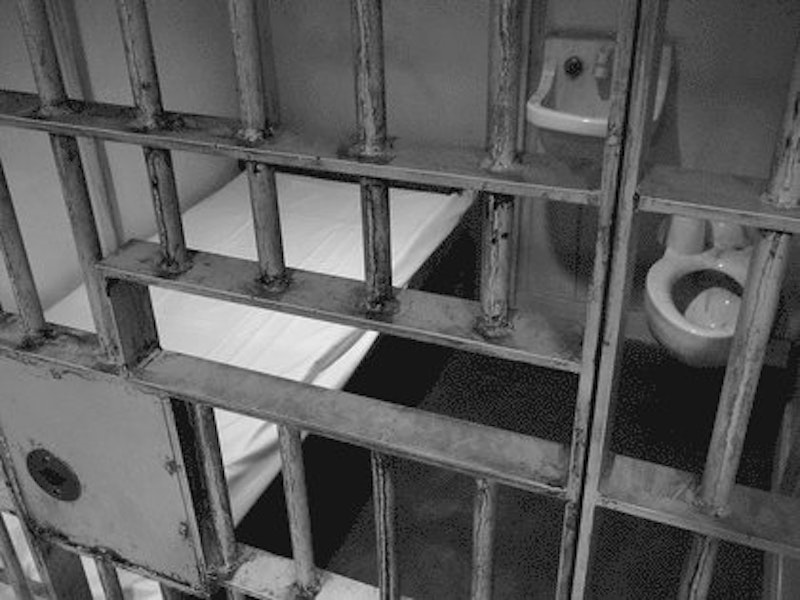 In Gwyneth Jones' novel North Wind, alien benefactors come to earth and decide to cut off the top of the Himalayas in order to let the wind come down unimpeded from the north, which the aliens believe will improve our climate. Humans protest, to no great effect. In Phoenix Café, the sequel, set many years later, it turns out the project was completed with predictably disastrous results; much of earth was rendered unlivable and vast swathes of arable land became barren. But all the immediate devastation occurs off-screen, and the aliens are never really called to account. There's just this wound on the earth, and people go on living their lives beside it in numb resignation, because there's nowhere else to go.

I kept thinking about Jones' anticlimactic apocalypse while reading Todd R. Clear and Natasha A. Frost's new book The Punishment Imperative: The Rise and Failure of Mass Incarceration in America. In a lot of ways, the story Clear and Frost tell is a familiar one, covered often before by activists, journalists and scholars. For the last 40 years, the U.S. has imprisoned people at a terrifying rate. Through policies like mandatory minimum sentencing, three strikes and you're out, and get-tough drug laws, incarceration rates in America have ballooned, until, as the authors say, "We now incarcerate more people than any other nation in the world, in terms of both the absolute number of people in prison and the incarceration rate per one hundred thousand people."

In addition, incarceration disproportionately targets minority communities; as a result, there is currently a 32 percent chance that a black male born in 2001 will spend time in jail. One in eight black men in their late 20s are currently in prison. The damage these policies have done to minority communities is difficult to overstate. Families broken apart; job and educational opportunities lost—Bill Clinton, in a shockingly misguided policy, severely restricted federal education aid for those who were, or had been incarcerated. The overall effect has been so destabilizing, the authors say, that many scholars believe that mass incarceration actually increases crime in inner-city neighborhoods like Chicago's.

Clear and Frost do have a couple of new twists on this depressingly familiar tale. First, they argue that we should think of America's four decades of mass incarceration not just as a matter of policy, but as a grand social experiment. They compare it to the New Deal and the Great Society—though oddly not to Prohibition, which seems like the most obvious analogy. They argue that the U.S. attempted to transform society through a new social gospel, the punishment imperative, which held that the way to end crime was not to attack poverty or eliminate injustice, but simply to put perceived criminals in jail.

Clear and Frost argue that this grand social experiment has failed. Mounting scholarly evidence over decades has shown that there is little relationship between incarceration rates and crime reduction. Long-term drops in crime rates have made fear of crime much less explosive as a political issue. And the 2008 recession and subsequent budget crunch has made local and state governments desperate to cut back on the millions wasted on corrections spending. In 2010, there were fewer people under correctional authority at the end of the year than at the beginning. That hadn't happened in 38 years. "This," the authors say, "marks, we think, the unofficial 'end' of the Punishment Imperative.'"

That we’re willing to revisit our prison policy for the first time in decades is definitely good news. But it's hard to feel too enthusiastic. Many of the presuppositions of the punishment imperative remain in place; officials, still leery of being seen as soft on crime, are reluctant to move quickly to reduce prison populations. Clear and Frost don't even mention the possibility of drug legalization, presumably because it's so politically unfeasible. "[T]he end of the grand experiment will feel less like a lightbulb being turned off and more like the slow cooling of a white-hot oven," the authors say—which means that many more lives, and many more communities will be destroyed while we tinker at the margins of a system everyone knows is broken.

That system has already done its damage. The authors argue that one of the main, unspoken goals of the prison build-up was to deal with rising numbers of unemployed black men by criminalizing the few employment options open to them in the drug trade and then warehousing them. Whether this was deliberate or not, the authors note, policymakers, politicians and scholars had every reason to know that the punishment imperative would devastate minority communities. They went ahead anyway, either because that was the intended result or because they simply didn't care.

And now that we see the results in terms of rising inequality and ongoing segregation, and millions of lives needlessly destroyed, what are the consequences for those who perpetrated this failed, arrogant experiment? Ronald Reagan and Clinton are both lionized, rather than remembered as racist, fear-mongering callous bullies. James Q. Wilson, whose writings formed the most high-profile policy rationale for the punishment imperative, had a long, award-studded career, and people still speak of him with respect rather than spitting every time they hear his name. The punishment imperative was supposed to be all about justice and accountability, we were told. But who is accountable for the money wasted, or the heaps of broken lives? Instead of justice, we get a shrug and a smirk.