American political discourse is now a fiesta of disqualification. 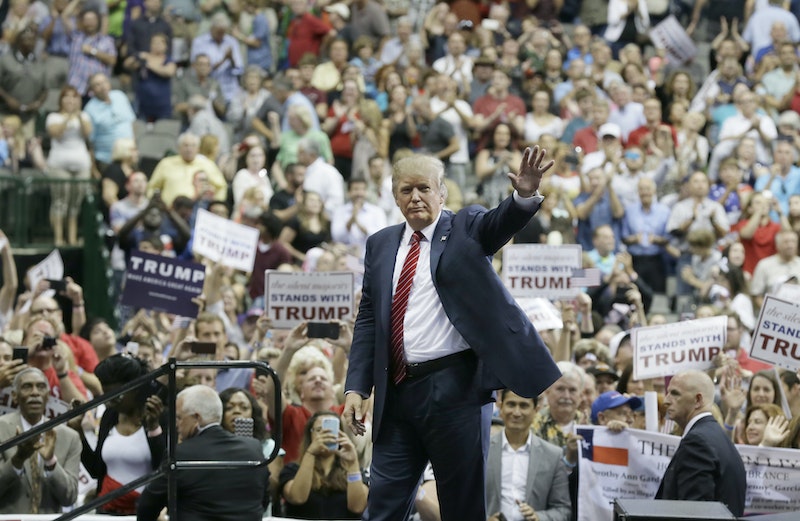 Could someone disagree with you, or people like you, and not be stupid, sick, manipulated, ignorant, bribed, or insincere? For example, could some of the people who disagree with you politically have just as good reasons as you do, or at least some plausible reasons? Might they be thinking as clearly as you are? Or, running the other way for just a second, could you turn out to be just as stupid, sick, manipulated, ignorant, and insincere as your opponents?

I'm asking because American political discourse has become a fiesta of disqualification. Watching professors or pundits grappling with the Donald Trump situation has been remarkable. They've disqualified his supporters as undereducated white people who are manipulated by a demagogue and swept away by anger and resentment; they might as well say “white trash.” They've diagnosed him relentlessly as insane.

And honestly, people on the other sides are doing the same with Hillary Clinton—doubting that anything she says is sincere, looking for the hidden corrupt explanations of her actions and positions, making her seem barely human, thinking that anyone who supports her is the victim of mainstream-media or academic manipulation, blaming her on elite and exploitative institutions.

I have a proposition for you: The reason that most people engage in political discussion at all these days is to enhance their own self-image. The real structure of thought and feeling you have as you talk politics is something like this: "I am so smart, so good, so informed, and so right, that no one could rationally disagree with me. You and people like you disagree with me. Therefore, you are irrational."

I don't think anyone's politics is rational. But the purpose of talking and writing in this political moment is the inflation of individual and group self-esteem. Our political discourse amounts mostly to the groans of self-love. Politics has taken as its credo the words of the great American role model Whitney Houston. Learning to love yourself is the greatest love of all.

Every time you hear people in The New York Times or MSNBC emphasize that Trump is doing well among the “non-college-educated,” or say yet again “there's a lot of anger out there,” you should hear classism. But what you should really hear is “I went to Stanford” or “You should see my resume” or “My beliefs are not based on emotion, but reason.” And then you should hear the constant mutual backslapping: people like us are so smart and so good and so sane, aren't we? Yes, yes, we are; we really are, extremely.

Never take for granted the social divisions we find salient at a given moment; we could make divisions almost anywhere, and where we do shows a lot about who we are. The focus on the divide between “those with college degrees” and those without shows what the dividers care about, and who they take themselves to be. A college education teaches you facts, but also in many cases yields a full-fledged political indoctrination, as the professoriate at many institutions is unanimous in a squishy sort of leftism. The facts, even in the science classes, are often mustered in the framework of a set of political positions, roughly that of the Democratic Party.

The left’s attack on the right as uneducated, unreasonable, and unscientific can be matched with a right’s attack on the manipulation of populations by “the elites.” There might be elements of truth both ways round, but on the other hand the real force of the emotion comes from the pleasure of disqualifying or even dehumanizing people who disagree with you, and by the same gesture qualifying and even humanizing yourself.

Honestly, the point of life is to deserve our own esteem. Perhaps if we thought less of ourselves, or felt less endangered in our self-image by everything different than ourselves, we'd be more worth feeling good about. We might at least be less tiresome.