No threat to Leviathan’s expansion in sight. 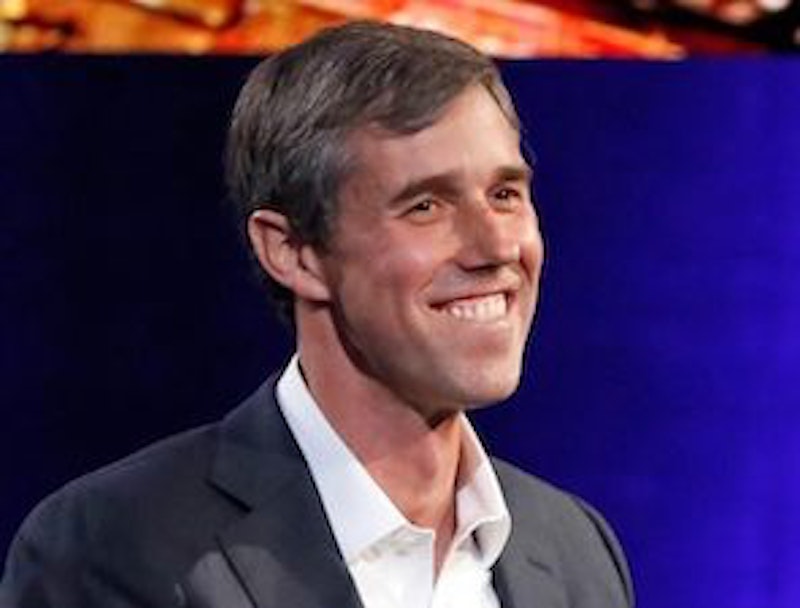 Every political controversy these days becomes an up or down verdict on Trump, but what’s really “winning” throughout is big government, reigning champion for over a century now. As tax day approaches, a passive populace, for all its squabbling, still puts up with about 40 percent of national income extracted and then mostly wasted by government at all levels. Meanwhile, our intellectual and creative communities continue to celebrate the idea of government’s power expanding, or to lament any reduction in its power.

Just days ago, I saw the current off-Broadway production of the cartoonish 1937 anti-capitalist musical The Cradle Will Rock, and it was all right, but it’s mainly revered now by a certain segment of the population for the same reason that Tim Robbins made a movie in 1999 about the original production of the play: The WPA pulled funding from the 1930s musical because it was too commie even for the New Deal. In a sane society, the long-term lesson would be: never let the government fund or become involved in the arts. That’s not the lesson leftists draw, of course. Failure to subsidize is cruelty in their twisted worldview, and merely reason to demand still more government.

Such thinking is not just an amusing artifact from 82 years ago. This coming weekend, Manhattan will also be home to Jacobin magazine’s socialism conference, featuring panels on "What Would Happen If Bernie Won?" and the not-so-calm-or-rational-sounding "Subjectivity and Strategy Against Accursed Austerity." Curse economics, too, I guess.

But take no solace in mocking the radicals. The mainstream is just as insane, with the highest federal spending in a decade and the largest budget deficits ever, purported Republicans in various branches of government notwithstanding. Behold too the shame that’s Chicago, where 12 percent of the aldermen are now self-proclaimed socialists, outnumbering the Republicans (not that the party labels seem to matter anymore).

Bernie Sanders isn’t afraid of Tax Day, reminding people government is a burden: He’s doing a town hall that day. He’ll probably offer a litany of what government runs—as if that litany couldn’t just as easily double as a list of reasons that anti-government people feel hemmed in by the system, and as if free-marketeers weren’t already aware the post office exists. Sanders has also hired former staffer David Sirota as his Twitter attack dog. Sirota is, as far as I know, one of only two people to block me on Twitter. Fine, but I think I’m allowed to ignore the Sanders campaign for the duration. Unlike socialists, I try not to go where I’m not wanted.

The left loves to exclude any “intolerant” right-winger, and you can see that in things like the New York City LGBT Center abruptly canceling an event planned there by gay activist Brandon Straka because they remembered his mission is to get people to #WalkAway from the Democratic Party, which matters more to most leftists than does any vision of tolerance.

And again, the left could be as intolerant as it likes and I wouldn’t complain if they weren’t also constantly reaching for the levers of government power and pushing them in the direction of “more.” But while the LGBT Center is merely uninviting people, their mayor, Bill de Blasio, is talking about running for president and, in keeping with his literal communist roots, is unashamedly saying what American politics needs is more “redistribution of wealth”. Needless to say, in practice that’ll mean redistribution from you to government, but Americans may well fall for it. They usually do.

In fact, with about half the declared or likely Democratic presidential candidates for 2020 emphasizing their belief in big government and half emphasizing their imagined avant-garde technocratic cred, you could say, to put it in Star Trek terms, the Democrats are split nowadays between the Comms and the Yangs. What they need but absolutely don’t yet have is someone who knows centralized government planning is inherently unworkable and vows to stop trying. (They also need, like most of humanity, to read my book Libertarianism for Beginners. Give me a chance to talk to them and you just might find I’m more persuasive than, well, everyone else.)

I’m well aware that most Democrats these days are just motivated by the desire to oppose the authoritarians across the aisle from them, but unlike most intellectuals, I haven’t forgotten that Democrats say things at least as authoritarian and Constitution-flouting as the other party just about every time they breathe. We’ve had about 90 solid years of the Democrats increasing government in which to grow numb to the pattern. If Trump praises a foreign dictator, we’re rightly unnerved, but a few more billion dollars for the Department of Energy or whatever the Democrats favor this budget season just induces yawns.

And almost no Democrat is harmless. Even mild-seeming and in some quarters popular Beto O’Rourke can barely remember his own position, if he has one, on slavery. Oh, pardon me, I mean on mandatory national service, which is almost the same thing. The shifty little dweeb, pressed on the important question of whether he wants to force the population to perform government-appointed tasks, now claims he hadn’t listened enough on the issue to come to a proper position. How much listening does one need to do to understand people don’t want to be slaves? Can we get reparations from Beto in the unfortunate event he ever gains enough power to make his on-again off-again totalitarian visions reality? How about just shutting the government down and giving everyone their money back?