This story is pretty much real. 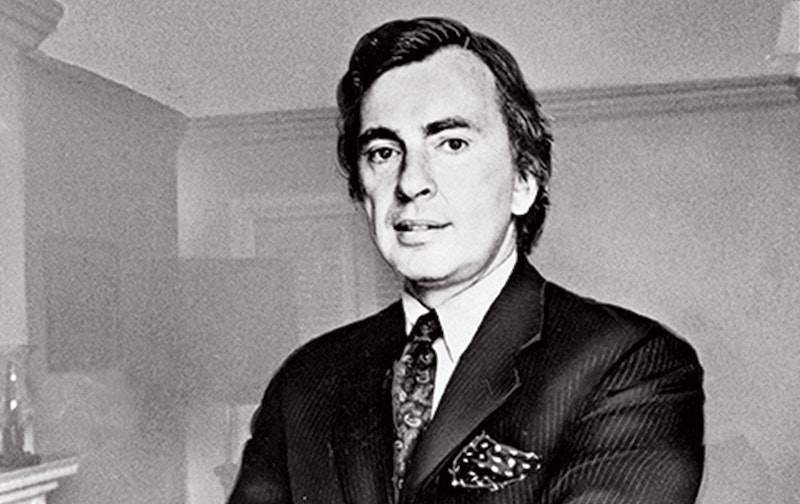 Endearing stories about Gore Vidal aren’t easy to come by. But here’s one and almost all of it’s true. At the end I’ll tell you the fake bits. For now be reminded of two facts: Vidal was a good mimic, and he was better with children than one might think.
Gore’s mother married a series of men, and her various husbands married a series of women. Such was high society. By the time Vidal reached adulthood, there was quite a collection of grand homes where he could set foot as something of a family member, though not always to a happy welcome. For example, one day 60 years ago he showed up for a grand luncheon hosted by Janet Auchincloss. This lady was the mother of Jackie Kennedy, but she’d divorced Jackie’s father and married Hugh Auchincloss, who used to be married to Gore’s mother. As a result, Mrs. Auchincloss had become stepmother to Gore’s teenage half-sister. Stepmother and girl disliked each other, and the girl thought it’d be clever to push for her half-brother to be at Mrs. Auchincloss’ event. After all, Mrs. Auchincloss disliked anybody connected to her husband’s ex-wife.
Mrs. Auchincloss invited Gore to the lunch. But when he presented himself, she said that arrangements must be redone to accommodate the new arrival. Eventually the guests filed in for lunch, and they saw how their hostess had dealt with things. There was the long table, set for all the adults but one, and off away there was a card table. At this card table, a guest says (she’s quoted in Fred Kaplan’s Gore Vidal: A Biography), there were places for “Gore Vidal, little Jamie Auchincloss, little Janet Auchincloss, and Mary Victoria Leiter, my daughter. They were then eight to ten years old... Of course Janet did this on purpose.”
The novelist and Broadway playwright just had to lump it with the little people. But as the lunch proceeded, Gore had his revenge. “The roars of laughter that came from the table of four!” our witness says. “I mean, the children were beside themselves, rolling on the floor, screeching and screaming with joy. What Gore was saying to them, God alone knows. But I want to tell you that it killed every single bit of conversation at the big table. No one could utter a word, they were so dying to hear what Gore was saying.”
Of course, the woman had to find out. After the luncheon, she and her family returned home. “Now, what was the funny man telling you?” she asked her daughter. The little girl said, “Oh, mummy! He can talk just like Aunt Janet!”
Well, no, actually I don’t know if the girl said that. I don’t know if her mother asked. I suppose she didn’t. She ends her story with everyone leaning over to hear Vidal’s commentary. I had to add the common-sense sequel where she gets the facts. But I bet my version holds up. If I know anything about Gore Vidal, he could talk like Aunt Janet.
—Follow C.T. May on Twitter: @CTMay3