George Zimmerman Is a Punchline

Right-wing racists have no use for him anymore. 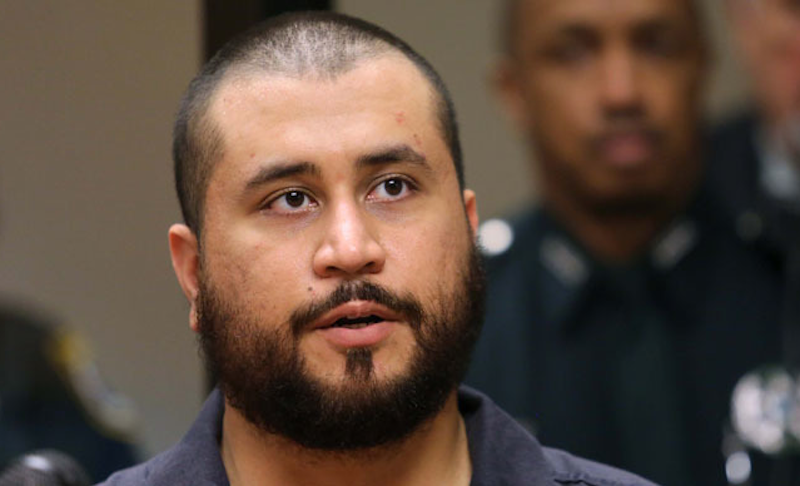 Amidst nearly a month of continuing, though mostly peaceful, protests in Baltimore concerning police violence against African-Americans and an increasingly tense racial climate in the U.S., a familiar face from the past has resurfaced. George Zimmerman, the former neighborhood watch organizer infamous for having shot and killed Trayvon Martin in 2012, is yet again involved in an incident requiring police investigation. Outside of St. Mary, an Orlando suburb in Florida, Zimmerman was involved in a "road rage" incident with Matthew Apperson, a fellow armed motorist with whom he had an earlier hostile confrontation in 2014. This time, as reports have confirmed, Apperson fired his weapon at Zimmerman and shattered a glass car window, sending glass shards into Zimmerman's face and causing minor injuries.

Those who so vigorously defended Zimmerman as he faced charges relating to Martin's death have remained quiet during this and the half dozen other similar incidents involving him since the shooting that made him a household name. Zimmerman, who is of German and Peruvian ancestry, has for the past three years occupied a curious place in the nation's legacy of white supremacy. Racists find him useful, but not that useful. Almost immediately following the controversy and public outcry over the delay in filing criminal charges against Zimmerman following Martin's death, the imposing cross-section of largely white Americans who both support gun ownership and are decidedly suspicious of black people leapt to his defense. Everything from Martin's allegedly threatening behavior, such as not immediately identifying himself to a complete stranger who was stalking and shouting at him, to the trace amounts of THC found in Martin's system post-mortem was used as evidence that Zimmerman had acted appropriately.

When challenged about their clearly imbalanced and likely racist perception of known events, supporters would often bring up Zimmerman's self-identified Latino heritage as proof that racism was not a factor. Certainly, Zimmerman's non-white status made the shooting a less clear-cut case of racially-based aggression than the many examples that would follow over the next few years. However, that Zimmerman benefited both from what has been termed "lightness privilege" and the system of white supremacy that regards black people as automatically suspect seems obvious to all but the most hopelessly dense.

And now that white supremacy is done with him, now that racists have used him to prove their cute little case that killing black people isn't just okay for whites but for everyone, he's a living parody of a political tool abandoned once the reality of his general attitude towards society has become know.

Several incidents where Zimmerman's presence and actions have necessitated legal intervention, both before and after the Trayvon Martin shooting, involved domestic abuse. Since violence against women is yet another form of privileged, male aggression that is typically excused by our society (the judge at his bond hearing for the Martin case describing past incidents as "run of the mill"), it's no wonder that Zimmerman never had reason to seriously reevaluate his conduct. This latest incident has been slightly more widely covered in part because a gun was fired and in part because this time the other person involved was a man who he had previously stalked and threatened to kill. Suddenly, the violence seems more real to the media, and advocates of gun ownership are at a loss for addressing it since the presence of not one but two firearms ensured the situation's escalation.

Now George Zimmerman is a punchline. The 24-hour media isn't good with drawing connections across multiple cases and analyzing trends over the course of several years, so whatever lessons may have been learned will surely be lost. He was one big, unstable basket for racists to put all of their hateful eggs into, and now there are newer examples of racially-charged oppression and violence to defend. Zimmerman's deeply disturbed psyche is no match for the truly outrageous logical gymnastics regularly performed by racist commenters who have no interest in individuals or a single human life, only in continuing their reign at the top rung of the social heirarchy.