How The Toast defined all white men… or didn't. 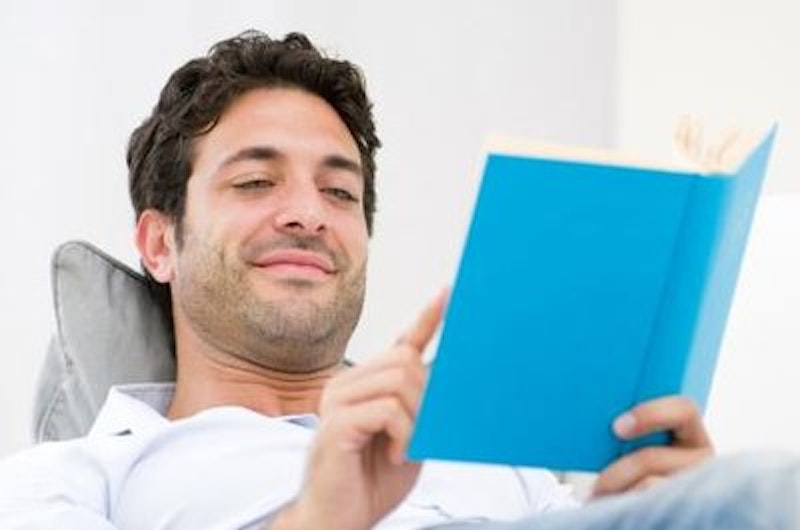 White guys like white guy stuff. Steely Dan, Belle and Sebastian, Breaking Bad, Picasso, Laura Kipnis, Freddie deBoer, Nas. If you’re a white guy like me, you must like one or most of these things. It's contractual. It's fate. It's doom.

Possibly you’re now saying, "This white guy is a dick." Being pigeonholed is an uncomfortable experience, both when it’s off (I don't like Breaking Bad) or when it's accurate (Steely Dan 4evah.) People often identify with their aesthetic choices (try saying, "Bob Dylan is a crappy singer" in a room full of white guys) but nobody wants to be identified by their aesthetic choices. Nobody wants to be put in a box.

Nicole Cliffe at The Toast was no doubt aware of this, and in that sense her article last week was a deliberate troll. "Books That Literally All White Men Own: The Definitive List" included 79 books of iconic white guyness, from #1 James Clavell's Shogun (shots fired) to Keith Richards' Life, picking up (inevitably) Catcher in the Rye, Rabbit Run, Call of the Wild and The 9/11 Commission Report along the way.

If Cliffe was hoping to raise hackles, she succeeded. I saw famous white man Conor Fridersdorf bristle on my twitter timeline, and Freddie deBoer wrote a response in which he assured readers he was not angry as a white guy, but was instead irritated because the list was so "hacky." "This is a list of books that have no particular internal consistency or meaning," deBoer declared. "If ever a professional writer farted out a piece, this is it. Are some of these books indicative of a kind of vague dude culture? I guess so, although as is typical of these things, it mostly refers to the white dude culture of 20 or so years ago. But besides: you could literally take any twenty of the books on here, substitute them at random with any twenty other books, and the people who are going wild for the piece in the comments would go just as wild. What does that say about the exercise?"

That last question there is a good one. It's also, I think, one that the article anticipates and welcomes. deBoer criticizes the piece for being a kind of self-parody of lefty group-think culture writing. Yes, it is a self-parody. Cliffe's piece is a kind of quintessence of The Toast. The tip-off is that "Literally." This isn't just a list of books all white men own. It's a list of books that literally all white men own. And as if to emphasize the preposterousness of the claim, the list begins with the assurance that "If you are a white man and you think you do not own one of these books, try looking under your bed, it’s probably there." Before it starts, the list is already telling you that the title is a winking prevarication, not a truth.

Rather than a definitive account of What Guys Are, then, the list becomes a series of wry jokes about different, not infrequently mutually exclusive ways of being a white guy. Is the white guy pompous intellectual who owns The Tin Drum really the same as the white guy crap pulp reader who owns the John Grisham novel? The white guy aesthete toting I, Claudius is the white guy self-help enthusiast reading Who Moved My Cheese? The platonic white guy, as he appears in this list, is an incoherent mass of tropes, a dudebro aesthete testosterone junkie who loves Lance Armstrong and Raymond Chandler with improbably equal fervor.

deBoer seems to think that the inconsistency is a failing—but surely it's the point. The list isn't a brutal attack on the stupidity of white men; it's an affectionate list that encourages you, white man or not, to go through and see which are in your library. deBoer insists that the list doesn't implicate its readers or shake them out of their complacency. But if you look at the comments, readers are doing pretty much what you'd expect, which is counting up the number of books that they own. Many of these books are bestsellers; they're all quite well known. People of every color and gender are going to own a number of them (I strongly suspect Nicole Cliffe has read more than a couple). Does that mean that if you own, say, 20, you're an honorary white man? Does it suggest the extent to which white male culture is culture, period? Or does it make you wonder whether identity markers and aesthetic preferences really overlap in a meaningful way?

"… None of this is even to begin to ask what, exactly, any of this stuff accomplishes, how continuing to build this immense shibboleth White Dudes—made by white people, for the entertainment of white people—actually helps in the fight against racism or sexism," deBoer says. I'm not exactly sure why deBoer believes that the entire audience for, or creative staff of, The Toast consists of white people. But in any case, the list is precisely intended to question the "immense shibboleth White Dudes," as well as the kind of reification of aesthetic audiences which deBoer himself is perpetuating. Literally all white dudes don't own those books. I don't know if that's a blow against racism and sexism. But it's surely not a bad reminder that people don't fit easily into the boxes, or the lists, you make to hold them.