We don’t need to wait for history to render judgment on the positive aspects of Bush’s presidency. 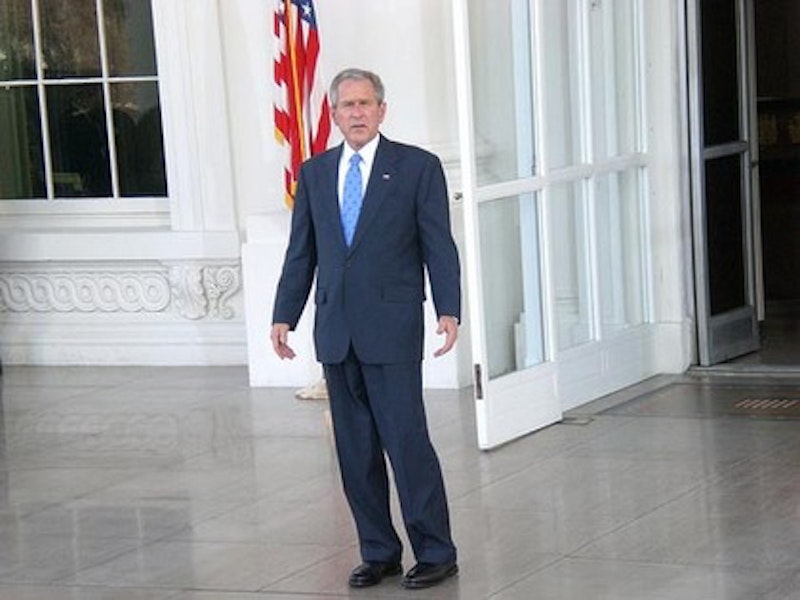 As George W. Bush is leaving the White House, people are already saying he’s among the worst—if not the worst—presidents that the country has seen. History may indeed choose to make the same verdict, but for now let me give a kinder assessment of his eight-year reign. There are four areas in which he was inaccurately blamed for everything that went wrong—the Iraq war, the economy, the energy crisis and the mismanagement of Hurricane Katrina. And there were places where he truly made a positive impact.

As much as I disagree with him about the Iraq war, I cannot hold him as the sole scapegoat. Congress—Democrats included—was complicit in the decisions that led to the war. The same people who were spineless to oppose a popular war called for a cut and run only after the support for that war plummeted in polls. Even though the lies on which the war was based on are despicable, its effect on national security can only be determined in a decade or two. At the very least, if the situation in Iraq continues to improve, we did an overall good thing by helping a people get rid of a tyrant.

Bush was unfairly blamed during the summer as gas prices soared. In the short term, the high oil prices were the result of market forces that are beyond the control of the American president. In the long term, the blame for not having a sound energy policy for the United States goes to every president since Nixon. It doesn’t help a comprehensive energy policy if you blindly oppose all offshore drilling and nuclear plants either. Anyone who cares for the environment would rather do the drilling here in America with measures to avoid oil leaks or spills, rather than have it done in a foreign country whose practices we can’t control.

The main causes behind the mortgage crisis and the credit crunch, meanwhile, include decades of indiscipline, speculation and the resulting over inflation of home prices. It was not George W. Bush who set up Fannie and Freddie and encouraged home ownership even for folks who could not afford it. Bush did not force these people to buy bigger houses than they could afford by lying about their income. He did not force people to ignore the contracts while signing Adjustable Rate Mortgages and then again use any available inflated equity to buy plasma TVs. There was only one policy that could have prevented the catastrophe—responsibility, both personal and corporate.

Bush has also been charged with singlehandedly botching Hurricane Katrina. But he did not design or build the levees that were breached. The Hurricane Contingency plans for the area were formulated by the City of New Orleans and the state of Louisiana. The response from FEMA was inadequate because it was something that nobody has even seen or expected before. It did not help that people in the city ignored the mandatory evacuation orders.

I am not going to anoint George W Bush as the finest president ever. But there are a number of things that he has done well. He showed real leadership at a time when the country was the most vulnerable after 9/11. And he has managed to keep the country safe from terrorist attacks thus far. Even as he is detested around the world, there is one whole continent that considers him in a good light. His achievements in the humanitarian aid in Africa is underreported and underappreciated. He has also appointed more minorities and women to high positions in the government than any other president. He tried to bring about a somewhat sensible immigration reform that was gunned down by delusional members of his own party. He helped pass Medicare Part D, much to the chagrin of conservatives, to help millions of low income seniors fill their prescriptions.

After all these efforts, the people who are going to miss him the most are liberals. They will have to finally start owning responsibility for the way the country is being run. They had successfully morphed their “Blame America First” slogan to “Blame Dubya First” and once he is out of the White House, there is only going to be a certain period of time before that goes stale.