Funny You Should Ask

Politics and religion are a two-headed hydra. 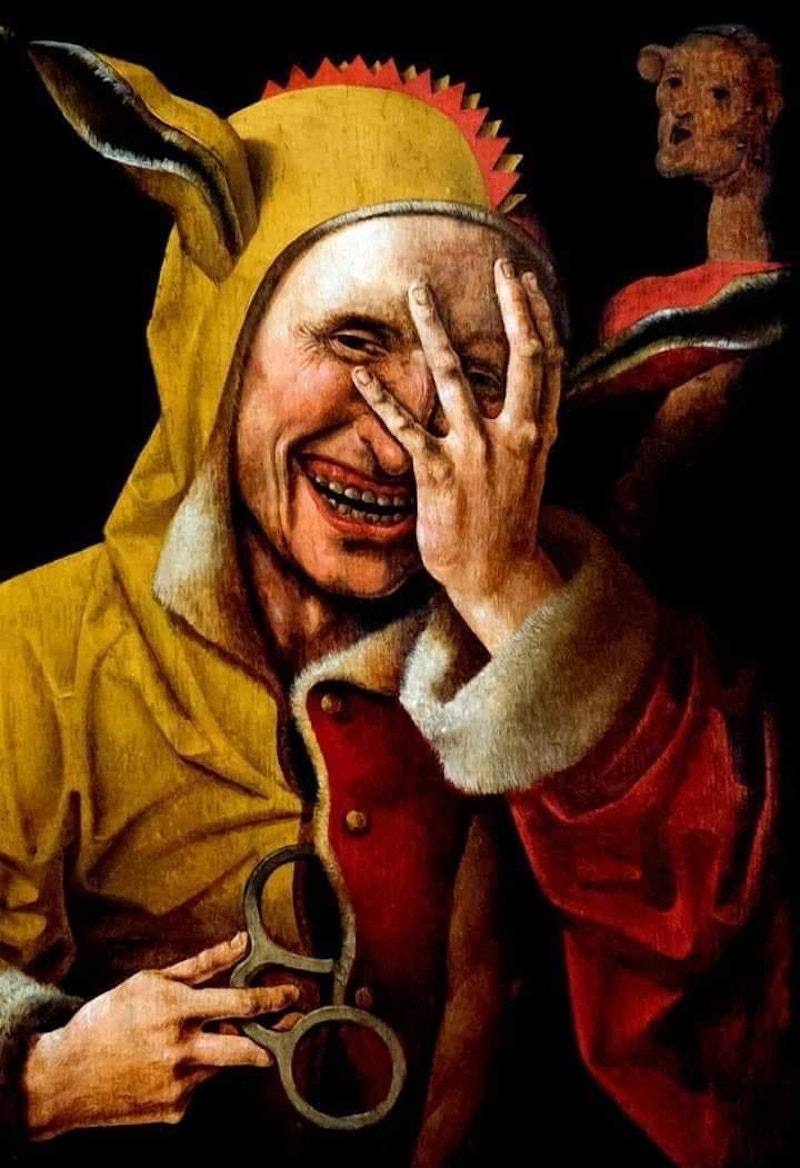 The line separating politics from religion is blurred, almost as faded as the connection of poetry to music or comedy. There’s a lot to be said for avoiding politics, and in turn, it’s evil twin counterpart religion, with all its kooky manifestations. You can’t ignore it, there’s no redeeming qualities of theocracy, and nothing remotely amusing about politics. But many wallow in it. I’ve never found jokes that poke fun at ethnic groups or disparage people with disabilities funny. I don’t care how many one-armed Polacks it takes to screw in a lightbulb. What the hell does that even mean? A priest, a minister and a rabbi walk into a bar. It’s classic slur. That sort of humor is weird. What’s worse, jokes that are demeaning, often used by bullies, and smartass whites, who feel a misguided sense of superiority over others unlike them. The true butt of the joke. In goes on all the time in Congress. The putdown of mutual inferiority by those unfit to hold office, much less a regular menial job. They wouldn’t last out here in the wild. Good Christians are the biggest offenders. One big pile of racist, bigots, in the name of Jesus. I’ll say a little prayer for you.

A prime example, Donald Trump while still in office, mimicking a physically challenged reporter, with jerky gestures and a speech impediment for cheap laughs. It revealed his true nature. Why is this fraud still running around freely? Who is the Pope? There’s no shortage of dope who find this stuff hilarious. With a nervous laughter that says, it’s not me, it’s them. They believe they’re better than most, certainly smarter than the average dolt. But you can’t fix stupid. Poking fun at racial groups, or profiling sexual stereotypes, is no joke. By deflecting attention from their own shortcomings, it makes them seem better than average. My dog's better than your dog. Misdirected hateful words dropping everywhere. Like stepping in crap, and calling it good luck.

Politics and religion are a two-headed hydra. As useless and illusory as the imaginary separation of church and state. It’s impossible to differentiate either, and at the same time, useless to try. Cut off the head off the state snake, and the head of religion’s still attached to the body politic. God has a twisted sense of humor. The projection of our self-loathing. God and country is laughable, as though the two ideas are separate entities. Injecting God into the crazy equation’s the same as saying the country itself is abstract, and couldn’t exist without both being one and the same. Pledging allegiance to a false flag, as absurd as the Bible itself. God’s a stand-up comic who sits down on the job, letting us do the dirty work.

Poetry and art is also a vital part in the fiction of life. At one time, a lofty pursuit that many couldn’t comprehend. Now, as common as everyday songs, heard, played and sung, by anyone. The poetic life is a dramatic comedy, albeit tragic. A story told by a dimwit, to an idiot, they both laugh, as the punchline unfolds to reveal the uncomical consequences. Not every story has a big finish. Figurative paintings depict a varying story to the viewer. Nobody sees the exact same thing. When it comes to subverting reality through abstract politics, plus ersatz religion, it’s obvious. Injecting the byproduct of faith-based misconceptions into the everyday lexicon of business as usual. God makes them do it, or the devil drives them to it.

Either way, it’s an unholy blame game. No one’s immune to its bogus claptrap. Sick jokes and stale one-liners are what drives mass hysteria and madness in the hallowed halls of justice. It’s crazy impossible to compare parallels between belief and doubt when truth’s already left out of the equation. No one questions anything. Acceptance is futile. Do as you’re told, or risk being shunned, cast out from the herd of bleating conformity. Resist the urge to be other than the norm. Social mores, all be damned. One nation under god’s jackboot. History‘s indigestion. Did you hear the one about the Nazi fighting against fascism? Oh, holy mother Russia, give me a fucking break.