From Big Tech to Big Pharma, the experts have more spin than quarks do. 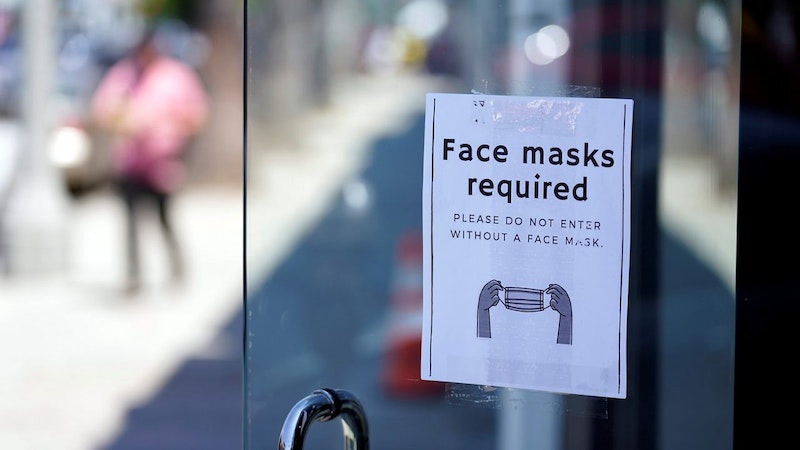 Control freaks like Max Boot (conservative hawk turned moderate hawk) and Robert Reich (Clinton Labor Secretary and still socialist) are aghast at the prospect that anyone as supportive of open and irreverent debate as Elon Musk might buy part of Twitter, as if the current owners are gods of objectivity and intellectual stewardship. What cowards. Boot insists democracy requires “more content moderation, not less,” while Reich says Musk co-owning Twitter and letting people more easily say what they like is the dream of dictators since time immemorial, which is the exact opposite of the truth.

But then, if Boot and Reich got the strict content moderation they crave, would their own past pro-Iraq-War statements and notoriously inaccurate memoir (respectively) survive the resulting bans?

Like the Marxists of old and the environmentalists of recent decades, many censors and scolds now love to dress up their authoritarian preferences as “science.” This does not debunk the core scientific method, which remains the formulation of testable, falsifiable hypotheses and their revision or replacement as those hypotheses fail. But in between lab test and communication to the masses, there’s plenty of rhetorical wiggle room that can be used to cloak political desire as logical necessity.

The really watered-down way to do that is to insist political censorship (heavy editing, extreme content moderation, call it what you will) is a necessary war on “misinformation.” You’re not a lover of falsehood, are you, citizen?

There are hypocrites among the people suddenly panicked about Musk getting into the social media business (one Harvard alum acquaintance of mine didn’t seem keen on regulating social media when Trump wanted to do it but now frets that Musk might interfere with a vital de facto “public utility”). But maybe some are less concerned about misinformation and more worried about stopping people who say offensive things, in which case they must be relieved comedian Gilbert Gottfried just passed away and will never again do something like make jokes about 9/11 immediately after the attacks. Too soon?

The truth about the Musk panic isn’t a 9/11-related engineering truth, an economic truth, or a Covid-science truth. The big, far from timeless truth at work is that Democrats are mainly worried about getting walloped in the midterm elections, and they’ll grasp at any excuse to keep the major social media sites subtly weighting things in a Democrat-friendly direction instead of becoming a free-for-all.

Often as I have publicly fretted about the vast influence of the social media giants (without wanting them regulated by government), I notice the only time I’ve been suspended for a day by Twitter was when I retweeted an obvious joke message (also retweeted by James Woods) suggesting that male feminists should stay home on Election Day and let women do all the voting. Twitter purportedly regarded that as genuine “election interference,” no joke to their pals running the Democratic Party.

If it decreases Democrat vote totals, in short, it’ll be found censorship-worthy one way or another, whether it’s falsely deemed racist, misleading, libelous, unscientific, or violent.

None of this is surprising to anyone except liberals, coddled for decades now by an establishment that changes the subject or hushes up controversies exactly when necessary to keep liberal sensibilities from being triggered, all the while trotting out detached, objective-sounding, dehumanized, pseudo-scientific reasons for doing so.

Liberals want to, say, blame Trump and his criticisms of China during Covid for attacks on East Asians even when the attackers appear to be black, leftist, or just “a diverse group of thugs”? No problem for a press and academic establishment already trained to pour out think pieces about white supremacy if a white racist attacks people but trained to go politely silent about race if a non-white racist attacks people. The selectively-enforcing editors are just combating bias, don’t you know!

But even when liberal censorious impulses are ostensibly aimed at the most objectively deserving targets—patently unscientific claims—those impulses still cause collateral damage. Through its preemptive paternalism, the liberal establishment has recently managed to suppress several “conspiracy theories” about Covid that have proven true, all in the name of antiseptic, rational health maintenance.

But then, why do we keep assuming the motivations of liberals or even science buffs are rational? A Canadian philosophy professor I know says that even with Covid rules changing and loosening, she still finds it difficult to make eye contact with maskless people as they fill her with too much rage. Meanwhile, we’re told to look with mathematical detachment at the big-picture statistics on Covid, even as the press trumpets every last anecdotal instance they can find, no matter how obscure, of some Covid-skeptic media figure catching Covid (they noticed when right-winger Laura Loomer did, though they will probably not do follow-up pieces about her being alive and healthy months later).

Arch anti-Covid activist Dr. Fauci’s own past view on natural immunity, which he said is more effective than vaccines and renders them unnecessary (at least for some diseases), is now considered “misinformation,” at least if someone else says it, an irony noted with glee and exasperation by hippie-like free speech activist Russell Brand.

Scientific American similarly reported in August, “The natural immune protection that develops after a SARS-CoV-2 infection offers considerably more of a shield against the Delta variant of the pandemic coronavirus than two doses of the Pfizer-BioNTech vaccine, according to a large Israeli study that some scientists wish came with a ‘Don’t try this at home’ label… The newly released data show people who once had a SARS-CoV-2 infection were much less likely than vaccinated people to get Delta, develop symptoms from it, or become hospitalized with serious COVID-19.”

Perhaps by current standards the censors should also look askance at Fauci’s 2008 paper saying, “Most victims of the Spanish Flu didn’t die from it. They died from bacterial pneumonia caused by wearing masks" or at his dire pronouncement about lockdowns: “Obviously, when you do have that kind of restriction on society, there are unintended negative consequences, particularly in children who are not allowed to go to school, in the psychological and mental health aspects it has on children.”

While we’re at it, will the World Health Organization be censored for saying booster shots are unnecessary and may be causing the successive waves of Covid variants?

I genuinely hope Scientific American and Fauci run no risk of being censored as unscientific, not even if they dare ask questions like: Had we allowed people to get Covid throughout 2020, would we on average now be richer, freer, thinner, and safer from Covid variants? But then, I’d prefer no one be censored for asking questions like that—or for asking more radical questions like whether the whole scientific establishment has too much authority, or even asking whether there’s a connection between UFOs and Bigfoot.

Those conversations don’t usually kill people, but your Musk-bashing dreams of a perfect scientific censorship regime might. So back off, you irrational, speech-fearing fascist.