The hack journalists should be opening for her. 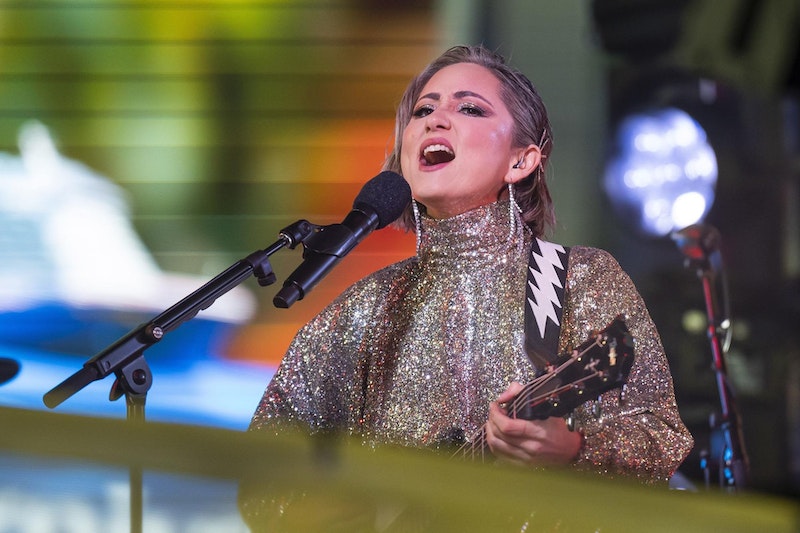 The event will take place on April 30, the first held since 2019. The dinner has come under criticism in recent years. Margaret Sullivan of The Washington Post summed up the feeling in a 2018 column: “It never has been a particularly good idea for journalists to don their fanciest clothes and cozy up to the people they cover, alongside Hollywood celebrities who have ventured to wonky Washington to join the fun. But in the current era, it’s become close to suicidal for the press’s credibility…. President Trump constantly pounds the news media as a bunch of out-of-touch elites who don’t represent the interests of real Americans. The annual dinner—or at least the optics of the dinner—seems to back him up.”

There’s a bright spot this year, however: KT Tunstall, who’s entertaining at the event. If her past live shows are any indication, singer-songwriter-guitarist Tunstall will keep people awake. Intelligent, poetic, effervescent and funny, Tunstall, 46, is probably best known for her hit “Suddenly I See,” the theme song to the 2006 film The Devil Wears Prada. She’s also written great songs like “Difficulty” and “Fade Like a Shadow.”

“Fade Like a Shadow” could be the theme song for the media in 2022. No one trust them anymore, and the ratings are tanking. CNN+ cratered and circulation post-Trump is sinking. Anyone who’s been the victim of this modern American Stasi gets it:

It's easy saying nothing when there's nothing to say

Thinking about it everyday

And starting to notice you're fading away

The official host of the 2022 WHCC is Trevor Noah, the host of The Daily Show on Comedy Central. Noah will most likely make jokes about deficits, political scandals, and those evil Republicans.

Kate Victoria Tunstall was born in Scotland and adopted by a physicist. Her first record “Eyes to the Telescope” was released in 2004, and took off when as last-minute replacement on a music show she performed “Black Horse and Cherry Tree.” Fueled by the extroverted joy of a former busker (street performer), Tunstall’s oeuvre is the antithesis of self-important Washington. I contacted Tunstall via email, and she was nice enough to answer a couple of questions. When she hears that many of her fans and people leaving comments on her videos call her criminally underrated, she quips, “Hey, it’s definitely better to be underrated than overrated!”

A lot of Tunstall’s sense of fun and audience engagement comes from the years she spent playing live music on the street before she hit it big. “I don’t feel that you have to busk to become a great performer,” she says. “Anyone who gets up in front of a crowd is going to learn a lot, quick. But playing on the street is an amazing way to cut your teeth and understand that you have to win peoples’ attention. No amplifier, no flashy signs, just you and a guitar teaches you fast.”

While the musician doesn’t want to drill down into specific political issues and controversies, she offers this: “I feel that many politicians say what they think people want to hear and don’t stand by their principles. I am not a fan of double standards. We need to choose better leaders on this planet.” She adds that it’s “fascinating” to witness America as an outsider.

The White House Correspondents gig comes at a time of renaissance for Tunstall, who lost hearing in her left ear in 2018, the result of playing gigs in small pubs in the early years. “I’m feeling great,” she writes. “I’ve managed to get back to doing what I love, making music and playing, and I’ve quickly got used to the change in experience of it. I have to be very careful obviously as I now only have one ear left!”

One good ear and more talent and honestly than anyone else in the room.