The least villainous candidates, according to Todd Seavey. 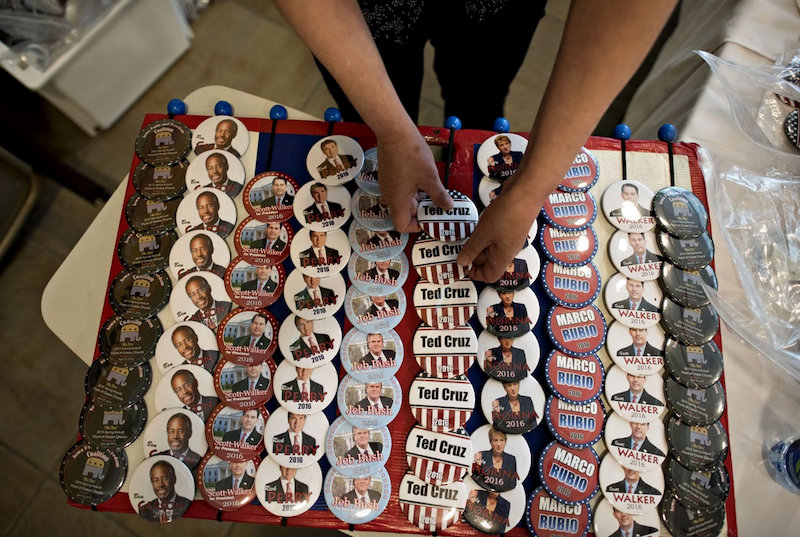 I generously offer to aid Fox with two of their biggest projects this week: (1) fitting 17 Republican presidential candidates into the two debates scheduled for this coming Thursday and (2) releasing the new Fantastic Four superhero movie.

The former could help promote the latter, if the debates were treated as a way of narrowing the overstuffed field down to just four candidates, and everyone else politely agreed to drop out of the race. To speed things along, I’ve already picked the only four Republican candidates I can stand, even though I concede no politician is truly a hero. These are merely the four least villainous, in my rough estimation.

(And lest you think that movie heroes and serious politics don’t mix, remember that just days ago we lost Rowdy “Roddy” Piper, who was not merely a professional wrestler and the liberator of Frogtown but also the star of They Live!, the sci-fi film that taught us all to look at the world as if through magic glasses that reveal oppressors all around us. RIP.)

First, we must discard the two men at the top of most recent polls, Donald Trump and Jeb Bush, who are clearly far too villainous. Trump is at best Gambit, the smooth-talking, big-haired semi-hero gambler from the X-Men who is in reality an untrustworthy thief, due to appear in a solo film next year. Bush is essentially Baron Zemo, the villain in next year’s Captain America sequel and inheritor of a family legacy of fascism and espionage stretching back to World War II.

Most of the rest of the field are Deviants, or at best Inhumans. And then there are the four I can more or less stand, our GOP Fantastic Four:

—Rand Paul as “Mister Fantastic”: In a just world, the leader of the pack and the “ideas” man, striking some as a bit arrogant or sneaky but malleable enough to stretch across and unite the entire political spectrum, rescuing a fragmented world.

—Carly Fiorina as “The Invisible Woman”: Articulate, seemingly rational, the one female on the team—and yet apparently surrounded by some sort of invisible force field that repels surveyed voters, keeping this one-percenter down at one percent in the polls.

—Ted Cruz as “The Human Torch”: The incendiary one, the hothead, the bomb-lobber, the one who tells interviewers he (like President Obama) is a fan of Spider-Man (just as the Torch is pals with Spidey in the comics)—and the one who likes Capt. Kirk and Watchmen’s Rorschach to boot, as should all determined fighters.

—Scott Walker as “The Thing”: No snooty college boy, he may seem like a dopey lug to some, but don’t be fooled—when faced with a union of economy-wrecking goons, he doesn’t back down because it’s clobberin’ time!

And if these four fail us, well, the former government agent turned gun-loving, chimichanga-obsessed rogue operator with a psychedelic outlook on life named Deadpool has a solo superhero movie of his own coming out in early 2016—and a few months later, the Libertarian Party will probably pick former New Mexico governor turned marijuana activist Gary Johnson as its presidential candidate again. Doom must be staved off by someone.