Views you can't use. 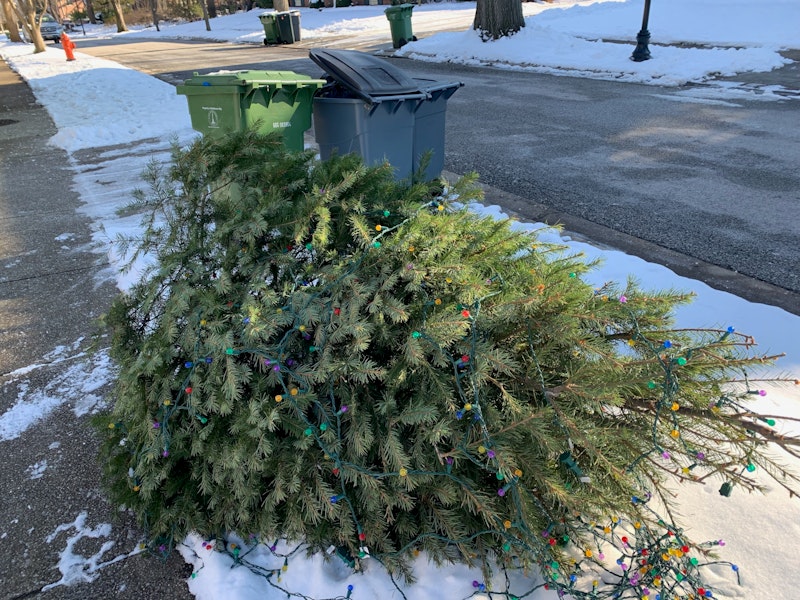 It’s out of favor now, the phrase “first world problem,” and that’s merciful, but much to my surprise, and vexation, I thought of those three words upon reading one of the most insufferable articles in The New York Times in the past week. (In fairness to the Times, this was such an obnoxious, and frivolous, essay, that it could’ve appeared anywhere.) The story, written by author KJ Dell’Antonia for Sunday’s “Review” section, adapted from her forthcoming book On Being 40 (ish), was headlined, “Why I Didn’t Answer Your Email.”

The writer, a busy, busy, busy 47-year-old woman who juggles her career and raising four children, comes off as a complete asshole, using the theme of not returning an email because she has so many distractions. I care? Millions of middle-aged professional women and men work hard and, if they have families, struggle to reach a balance between the twin responsibilities. But few brag about it.

Apparently, Dell’Antonia was considering answering the email in question, but then her 16-year-old wanted to discuss “an app he is in the process of developing.” Later, her younger children, presumably precocious, needed her help with a Civil War assignment, and then there was “snuggle time” with the youngest, and finally, in bed, going over the day’s activities with her husband.

She writes: “It is possible that I will answer your email later, in a few hours, or in a few years, maybe when I am 57, and I will be so happy to have your email… It is also possible that I will not—that I, in fact, will never your answer your email. If that is the case, if the people and the places and the things around me still press upon me with more urgency than your email and so many others, I hope that you will forgive me. I have already forgiven myself.”

White privilege? I’d imagine some would reflexively say that—just as other lunatics claim that anyone who doesn’t agree with them is a Nazi or a fascist—but that’s not for me. This kind of braggadocio is color-blind, and could also be the work of man who works from home.

I implied above that this sort of “first world problem” was confined to the middle-aged, but that’s not quite accurate. I remember a similar sort of preening from a friend back in 1977. I liked this woman, a few years older than me, but man, she let everyone know just how swamped she was. An occasional contributor to Baltimore’s City Paper, I’d give her a call, and the message on the answering machine spat out her resume: “Hi, I can’t come to the phone, but you can try The Unicorn Times or City Paper or The Chaplain’s Office or the homeless shelter or Bread & Roses. I’ll try to get back to you, but no promises!” It was a bit comical, since she had bit roles at all of the above institutions, and in reality, was in her late-20s and trying to, in 1970s jargon, “find herself.” Once, I was tempted to answer after the beep, “Translated: you’re at the Northside Bar,” for she enjoyed a tipple, but as a sinner myself I wasn’t about to cast the first stone.

But back to the frazzled and dutiful mother Dell’Antonia. I wonder if she used the unanswered email as a mere device to write that story, and collect the fee. Perhaps that’s too cynical, but even the “You can have it all!” types aren’t immune to hyperbole or pure invention. If the email was real, it couldn’t have been very important—because an important person like Dell’Antonia must receive hundreds of emails in any given week—but even if it was a “catch-up” note, I’d be pretty pissed off were I the sender.

On the bright side, this story hijacked my attention from the general inanity of the media. Jay Rosen, a journalism professor at Columbia (a nearly-extinct species, one would surmise) has posted long Twitter threads imploring the media not to concentrate on the dreaded “horse race” for the 2020 presidential campaign. Good luck, Jay! Every single day, journalists employed by cost-conscious organizations slavishly report the latest poll numbers for Trump and the expanding Democratic field. I needn’t remind sensible readers that the primaries, and general election, won’t swing into high gear until next September, but there’s grunt work to do.

I’ve no idea whether Trump will win in 2020—or if he’ll be forced from office, or successfully challenged by another Republican a year from now (maybe Maryland’s Gov. Larry Hogan)—but the fact that his current approval rating is in the gutter isn’t all that significant. Some might recall that Gallup reported his approval number was at 34 percent in the first week of November, 2016, a sure sign of defeat, even against Hillary Clinton. Some clairvoyants claim that, come the general election, if Trump’s approval number stands at 40 percent or below, even Joe Biden could beat him, but that ignores the Trump Lesson. Polls don’t apply to him—like so many other traditional measuring sticks for a president, he’s flipped the table and plays by his own increasingly weird rules.

On Tuesday, Trump was roundly lambasted for serving burgers at a reception for Clemson’s football team, and posing for a surreal photo of him in the White House admiring the feast. If this latest egocentric display—and it’s not as if something similar doesn’t occur every single week—is the kind of criticism the Democrats and media enablers are hanging on, it’ll be four more years for the unimaginative dissidents who believe calling Trump “the Orange Fuhrer” is witty.