Sometimes things go well, like on Monday in the Supreme Court. 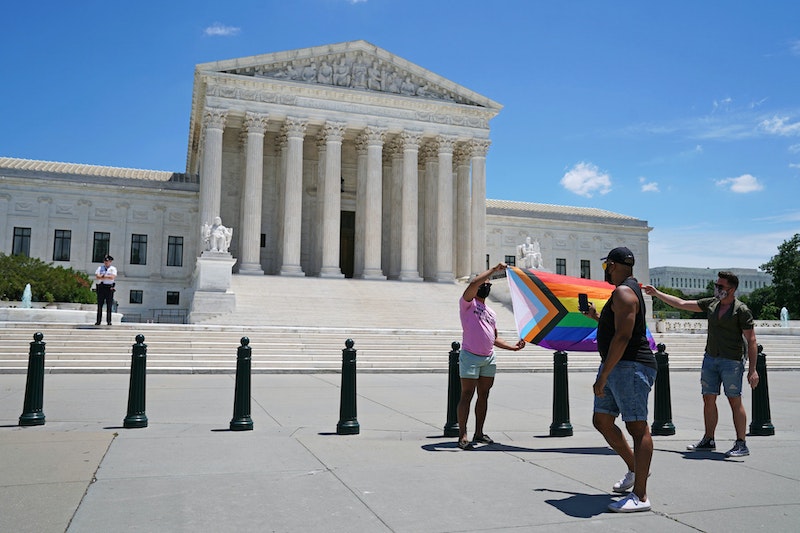 It’s hard to believe that the moral arc of the universe bends towards justice sometimes. For every step towards progress made during the Obama administration, President Trump has taken us three steps back. LGBTQ rights have especially been a target for this administration—the HHS rolled back healthcare protections for trans people just last week—so it was surprising when the Supreme Court ruled six to three on Monday that Title VII of the Civil Rights Act protects LGBTQ employees from employment discrimination. While every victory for LGBTQ rights deserves celebrating, I worry it’s not enough.

Prior to Monday’s ruling, firing someone for being LGBTQ was still legal in 26 states. It took three LGBTQ people fired for being who they are—Gerald Bostock, Daniel Zarda, and Aimee Stephens—to present their cases to the Supreme Court for LGBTQ workers to be federally-protected. Why did it take so long? I know there was some debate about whether the word “sex” in Title VII including sexual orientation and gender identity, but this should’ve been settled years ago.

I’m impatient. A lot of people have told me throughout the years, “You have to be patient with people. Not everyone’s going to change their mind overnight.” I understand to a degree because I grew up during the 1980s and 1990s when the Religious Right had a strong political influence in America. Even liberal Democrats who supported gay rights had to compromise in order to “reach across the aisle.” We could have civil unions, but not legally recognized marriages. We could serve in the military, but only if we stayed in the closet. After a while, I got used to the idea that we’ll never have full equal rights.

Thankfully, the LGBTQ movement has made a lot of progress since then, largely by being vocal. The more straight and cis people got to know us as humans, the more they reconsidered their previously held assumptions. It worked; under the Obama administration, marriage equality became legal nationwide, trans people were protected under Section 1557 of the Affordable Care Act, and the Department of Education said Title IX protected trans students. I was so used to half-measures and lip service that I’d forgotten it was possible for things to change. Progress was slow, but it was still progress.

Everything changed with the Trump administration. Besides the aforementioned new HHS rule against trans rights, we’ve seen Trump ban trans people from the military, say faith-based adoption agencies should discriminate against LGBTQ people, and rescind Obama’s guidelines for schools to allow trans students to use bathrooms and locker rooms that match their identities. Outside of politics, celebrities like JK Rowling became more vocally transphobic, black trans women are still being murdered, and LGBTQ kids are still killing themselves because of bullying. What’s one Supreme Court decision compared to everything else going on?

Yet I’m hopeful. Monday’s Supreme Court ruling was a surprise to everyone because even conservative Justices Neil Gorsuch and John Roberts voted in favor of LGBTQ rights. There’s talk that Monday’s ruling nullifies the HHS’s recent anti-trans policy, although it’s up for debate. I remain optimistic that one day we’ll be totally free to live without threats of violence and oppression. It’s going to take a lot more than just one Supreme Court decision, but it’s a start.