Tomorrow’s Such a Long Time 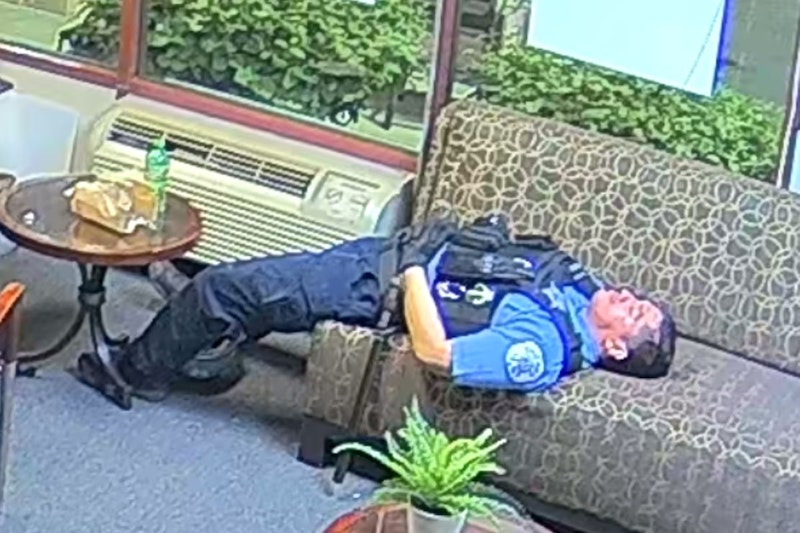 Joe Biden’s in another pickle right now: a certain percentage of Democratic voters—you pick the poll, I don’t trust any of them—want to “defund” or abolish police departments in the United States, while the presumptive Democratic presidential nominee preaches “reform,” a word that’s synonymous with procrastination. Donald Trump, for all his self-inflicted and circumstantial problems, at least doesn’t have this puzzle to worry about, since the vast majority of Republicans are opposed to jettisoning every last cop in the country. (It should be noted that as of June 18th, Biden’s swamping Trump in the polls: whether respondents will admit to pollsters they’re for Trump is another matter.)

No one with an operative brain believes that the police—among many other institutions—aren’t in need of radical change. The videos of George Floyd and Rayshard Brooks (and the story of Breonna Taylor) are horrifying, fitting into a pattern over the last century that needs no recitation here. Biden was his usual hyperbolic self when he declared that the world’s reaction to Floyd’s murder in Minneapolis surpassed that of Martin Luther King in 1968, and it’s such a whopper that I’d bet he didn’t plagiarize it. But the gist of his remark was correct, even if a lot of the protests—both peaceful and violent—were also the result of a locked-down nation eager to get outside and congregate with others for what was a righteous cause.

I read with interest Mariame Kaba’s provocative op-ed in The New York Times last weekend—why Tom Cotton’s right-wing piece caused so much hand-wringing within the paper but Kaba’s didn’t is curious, but as I’ve written previously, the Times is a digital platform, a “content farm,” chasing clicks, a strategy that’s working, so you figure it out—headlined, “Yes, We Mean Literally Abolish the Police.” The article was so pointed and absolute—unlike most of the mushy Biden-like Times columnists—that it demanded more than a skim.

Boiled down, Kaba’s key point (which I completely disagree with) is this: “People like me who want to abolish the prisons and police, however, have a vision of a different society, built on cooperation instead of individualism, on mutual aid instead of self-preservation. What would the country look like if it had billions of extra dollars to spend on housing, food and education for all? This change in society wouldn’t happen immediately, but the protests show that many people are ready to embrace a different vision of safety and justice.”

Who says utopians have gone the way of the milkman?

My own view, a hobbyhorse for years, is that both the police and teachers’ unions need to be disbanded and that’s what can make a real change, instead of traditional Democrats’ ideas of cutting some funds here and there, re-shuffling sections and having three times as many counseling and sensitivity sessions for cops. If the cops union was busted, the benefits are immediate: veteran officers will be offered buyouts, which would get rid of cronyism; employees could be fired for actionable offenses without months or years of arbitration, and not incidentally, the union’s political contributions would end. And as police officers are resigning by the dozen every day from departments all over the country, the time’s ripe for significant reform.

The idea is that both the cops and teaching sectors ought to be part of a modern-day Peace Corps/Vista program: recruit young college graduates who are temporarily adrift, pay them well, make them live in the communities they’re either patrolling or teaching, and almost immediately the culture changes. In New York City, the starting salary for a cop is $42, 500; in Cleveland, it’s $31,965. Young men and women, in their early-20s, most without families to support yet, would be required to make a two-year commitment to the job. Some would stick and make a career; others would leave for other jobs, but with significant experience in a part of American life they’d otherwise be ignorant of.

As noted above, I applaud Kaba (director of Project NIA) for making such a stark argument for the abolition of police: it’s far more helpful than wishy-washy bromides to “reform the system,” and nowhere close to the insulting comment of Minneapolis City Council President Lisa Bender, who, when asked on CNN what a person whose home is broken into in the middle of the night should do, said “Yes, I mean I hear that loud and clear from a lot of my neighbors—and myself too, and I know that comes from a place of privilege, for those of us for whom the system is working.”

Brilliant: when a man is tied up with a gun to his head, while his wife or daughter’s getting raped, it’s perfectly sensible to have an internal dialogue about “privilege.” Maybe the criminals would participate, and instead of a home invasion, it could turn into a happily-ever-after coffee klatch about current affairs.

In contrast, Minneapolis Mayor Jacob Frey, opposes “de-funding.” From The Wall Street Journal of June 10: “Minneapolis’s Office of Police Conduct Review has received 2,600 misconduct complaints since 2012. Only 12 have resulted in discipline, and the most severe punishment was a 40-hour suspension. ‘Unless we are willing to tackle the elephant in the room—which is the police union—there won’t be a culture shift in the department,’ Mr. Frey said.

I’d guess the Peace Corps/Vista idea would be an easier sell on the teaching front than police departments, but it’s just as vital. An increase in charter schools is important, but it’s a drop in the bucket compared to the disarray of most city public school systems. It’s not uncommon to read about teachers having to buy supplies for their students, which isn’t surprising, but still deplorable, given the power of the teachers’ union and the unnecessarily high administrative costs. Randi Weingarten, president of the American Federation of Teachers, was paid (as of 2015) $497,118. Again, like the cops, clear out the dead wood (lifelong teachers who do little and make a lot of money) with buyouts and make way for a new generation of teachers.