How the Republicans can defeat Obama. 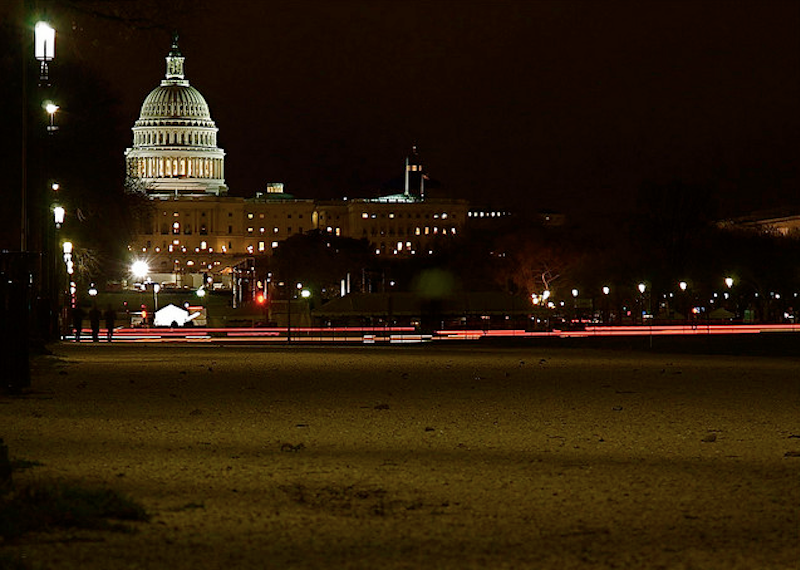 As things stand now in the GOP’s fight for the 2012 presidential nomination, I’ve come to believe Indiana Gov. Mitch Daniels is probably the best bet. I’ve heard talk of a potential Daniels-Marco Rubio ticket, and if that came to pass, it would represent a formidable challenge to Barack Obama (who, is—and will be—eminently beatable next year).

I liked Mitt Romney in 2008 and still do today, but not many others did or do, evidently, and so it’s hard to see why he’d have a much better showing this time around. Furthermore, the Massachusetts healthcare issue is obviously an enormous albatross around his neck, and The Wall Street Journal is eviscerating Romney, which may further torpedo his probable candidacy.

The various quixotic or “vanity candidates” (e.g. Bachmann, Cain, Gingrich, Johnson, Paul, Santorum, Trump, etc.) are absolutely unelectable, and likely not even viable for the nomination. I wish they’d go away, frankly, as they’ll just distract attention—with the help of the media—from the legitimate candidates. Jon Huntsman is a bit intriguing, I suppose, but honestly, he’s mostly a blank page. I know enough about Huntsman to suspect that Republican primary voters will view him with suspicion given he was a part of the same Obama Administration he now purportedly seeks to defeat. Tim Pawlenty has the potential to finish strong in this long race, moving slowly and cautiously while others self-destruct, but his utter blandness is probably fatal.

Daniels is also outwardly dull, but his lack of charisma is offset by intelligence, competence and a superb record in Indiana, all of which leaves Pawlenty lacking in comparison. Daniels doesn’t try to be flashy, whereas Pawlenty’s newfound twang and chatting about his “hot, smokin’ wife” seems artificial. I can’t stomach Mike Huckabee: it’s a mystery to me that he polls so well among “likely Republican voters.” But I don’t think he’ll walk away from his very lucrative media career—at least that’s my hope.

Finally, Sarah Palin. Where to start? The reality—right or wrong—is that Palin is hopeless. She can’t win a general election. In many ways I think that’s unfortunate, because she’s actually a gifted politician. But John McCain did her no (political) favor when he tapped her as his running mate in ’08. Had she avoided that pitfall and continued to serve as a popular governor in Alaska, won reelection in a landslide, burnished her foreign policy credentials and prepared for a national campaign, she could have been Obama’s worst nightmare in 2012. In Palin’s defense, I can’t recall anyone in my lifetime who was so vilified, picked apart, scrutinized and ruined by media vultures as she was three years ago. In the end, I suspect (and hope) that, like Huckabee, she’ll opt to take a pass.

A few months ago I was effusively touting New Jersey Gov. Chris Christie as the ideal GOP candidate for 2012; and I still think he’s formidable. He has flaws, but the phrase I’ve repeatedly used to explain my support for him is that he is Obama’s political “kryptonite.” By that I mean Christie is essentially the polar opposite of Obama in those specific traits and characteristics of the President’s that many Americans find most unattractive. Obama can’t (or at least won’t) say “good morning” without his teleprompter cueing him to do so. I suspect Christie generally eschews the rigidity and constraints of adhering to such a fixed script at all times. Obama gave his acceptance speech in an open-air stadium, in front of 100,000 adoring fans, and on a stage designed to replicate Greek columns—I don’t think Christie would be caught dead doing anything of the sort. Obama dithers, equivocates, and hedges; Christie calls it like he sees it. I think Christie could put states that haven’t gone Republican in decades, such as New York and New Jersey, in play electorally, and that would not only be enormously helpful for his chances of beating Obama, but also extremely significant in stemming what appears to be the ongoing extinction of Republicans in the northeast. Does Christie have enough experience to be president? That’s debatable, but in the new, post-2008 political reality, Obama’s election as a one-term senator with no executive experience has unfortunately rendered the question moot. That said, Christie’s repeated refusals to even consider running in 2012 would be very difficult to walk back at this point. So, despite his appearances in Iowa, which keeps media and GOP interest alive, I don’t think he’ll run, and that puts me in the Daniels camp.

Now, if Daniels is persuaded by his family to stay on the sidelines, I’ll have to look for a new candidate.