Road to Ruin, Over and Over

The exclusive and narrow-minded coverage of bin Laden ultimately smacks of yet another campaign of distraction by the mass media. 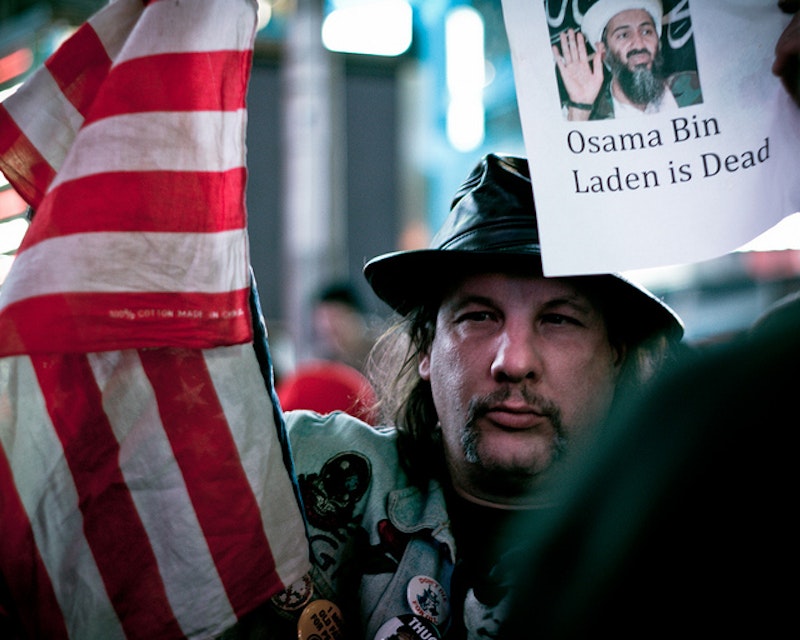 Has the Osama bin Laden coverage been merely another form of distraction peddled by the corporate mass media? Yes. This doesn’t mean the death of bin Laden is irrelevant. It’s just not as significant as many want you to think. What’s noteworthy is the near unanimous praise for President Obama’s handling of the special force’s mission. Even Rush Limbaugh had kind words. But ironically, while most Americans believe the assassination will make us safer, Obama’s policies have actually made us far more vulnerable to attacks.

The mass media has by and large used the assassination to whip up fear in support of the Afghanistan war. As Obama warned, al Qaeda continues to pose a grave threat, and terrorists may very well strike in retaliation. We must therefore commit ourselves to the campaign in Afghanistan to crush al Qaeda, neutralize the Taliban, and stabilize the region for the government we favor. Limbaugh’s laudatory remarks, for example, revolve around this notion—it is thanks to President George W Bush’s wars and aggressive counter-intelligence strategy that we caught Osama.

But the tragic irony is that the war in Afghanistan, which, much like Iraq, apparently has nothing to do with preventing terrorism, is greatly exacerbating the problem. What generally drives Muslims to attack America is U.S. policy, according to bin Laden himself and al Qaeda experts like Michael Scheuer and Chris Hedges. American imperialism was bad enough prior to 9/11—the hijackers were presumably reacting to America’s post-World War II quest for hegemony that revolves around control of Middle East oil, “probably the richest economic prize in the field of foreign investment” according to State Department officials in 1945, and creating military bases in “the most strategically important area of the world,” in the words of President Eisenhower. This explains why we have installed and sustained brutal regimes in the region for more than 60 years (Saudi Arabia, Egypt, etc.), waged economic warfare and state terror against governments that have defied American interests (Iran, Iraq during the 1990s) and provided Islamic militants with arms and training when the Soviets invaded Afghanistan, well after Jihadists bombed a U.S. embassy in Beirut in 1983.

U.S. state planners have callously used 9/11 to extend America’s grip on the Middle East. Instead of continuing the devastating sanctions program against Iraq put in place after the Gulf War, which killed roughly a million Iraqis and induced UN diplomats and humanitarian coordinators Dennis Halliday and Hans von Sponeck to resign in protest of what amounted to “genocide,” America went further and invaded Iraq. The destruction has been well documented—roughly a million killed, millions evicted from their homes and a country left in ruins.

And now that we have successfully installed a compliant government and set up massive military bases, it’s time to move on to Afghanistan. The destruction already wrought and the carnage to come has been and will continue to be immense and counterproductive, at least from the point of view of America’s security. But from the perspective of state and corporate power it’s a logical step towards global dominance. The prize is not mere access to Middle East oil, for we obtain much of our oil from Canada. It’s about controlling the world, for which the Middle East is crucial because it gives the U.S leverage over enemies and allies. Afghanistan, which possesses vast untapped mineral deposits, “including huge veins of iron, copper, cobalt, gold and critical industrial metals like lithium,” according to The New York Times [http://www.nytimes.com/2010/06/14/world/asia/14minerals.html?hp], serves as a strategic site for surrounding oil-rich countries with pro-American forces and setting up military bases to threaten or deter other states.

And so, as America’s leaders strengthen their superpower status to strike fear in other nations, more and more Muslims turn to terror in retaliation. It’s probably good that bin Laden is gone, since he plotted the 1998 bombings in Africa, among others—although the FBI has concluded that there is “no hard evidence connecting bin Laden to 9/11,” which undermines the justification for invading Afghanistan and may explain why the Navy Seals killed him rather than capture and put him on trial even though they reportedly faced virtually no opposition— and he inspires Islamic insurgents to carry out atrocities. However, his martyrdom status may prove more dangerous.

In any case, the mainstream debate about Afghanistan assumes that the war will end or significantly mitigate the threat of terrorism and is essentially confined to that question. Most objections typically hold that the effort is futile, since it is impossible to stabilize the region. What seldom comes up is the question of how it plays into American hegemony.

Another issue that gets little attention is how the war threatens to destabilize Pakistan, which provides the American military with roads to bring supplies into Afghanistan. Amid all the complaints about how Pakistan has not been helpful enough in the hunt for bin Laden, America continues to bomb the Pakistani people with their government’s permission. The massacre of innocent civilians leads the population to despise America and their compliant government. It’s no coincidence that the recent failed terror attacks, from the Times Square bombing to the plot against the Riverdale Jewish Center, were motivated by vengeance for the Afghanistan war.

Militant Islam is becoming an increasingly appealing alternative in the region, as evinced by the wide support for recent assassinations of secular Pakistani politicians [http://www.guardian.co.uk/world/2011/jan/04/punjab-governor-murder-pakistan]. And Pakistan has a large supply of nuclear weapons. There is a chance that the population will embrace radical Islam and overthrow the government, a trend which the Afghanistan war is clearly exacerbating. This bodes ill for America’s security.

The exclusive and narrow-minded coverage of bin Laden ultimately smacks of yet another campaign of distraction by the mass media. His death seems important, at least symbolically and perhaps practically, but the public debate, like the overwhelming majority of issues covered by the corporate media, ultimately diverts our attention from the crimes being committed by our leaders, which make us less safe.