Give religion an inch, it takes your brain. 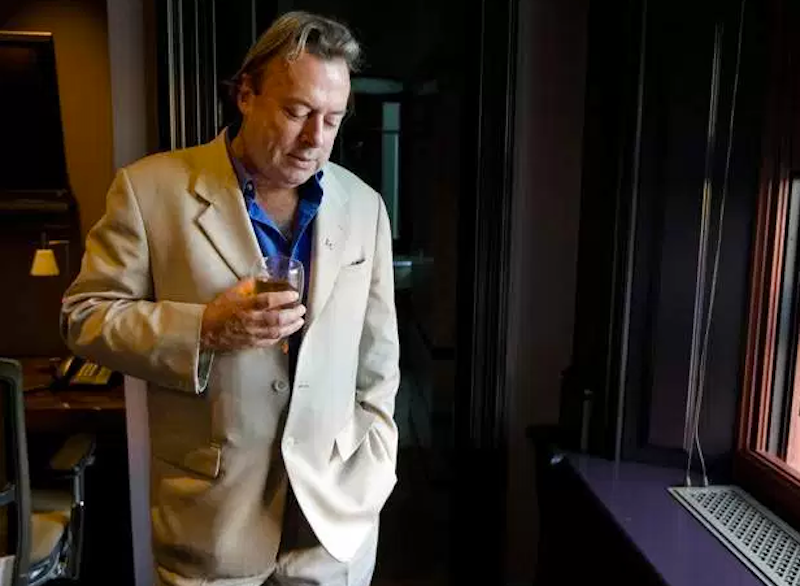 Religious people are so numerous in this world—and so emotionally volatile—that there’s an endless temptation for even the most intellectually honest person to throw the faithful a bone now and then by speaking in fuzzy, poetic terms that seem to leave room for believing groundless, supernatural claims. Einstein made that mistake decades ago when he spoke of whether “God” plays dice and then had to spend years afterwards assuring his fellow atheists and agnostics he meant that only in a metaphorical sense. Too late! The faithful will be trying to claim poor Einstein as one of their own for centuries to come.

His fellow physicists Stephen Hawking and Michio Kaku are even more shameless about using the same sorts of rhetorical flourishes—and they end up paying a high price, as eager and intellectually sloppy people of faith seize on every “mind of God”—type metaphor to rush out headlines declaring that science has vindicated a baseless and usually delusional sky-father creed. The faithful are not fond of intellectual exactitude—they wouldn’t be engaged in faith if they were, by definition.

They’ll protest otherwise, especially the stubborn conservative ones who’ve gone to the trouble of fighting hairsplitting factional theology battles over the years, but we’re allowed to judge them by the same intellectual standards we would intellectually dishonest people of any other philosophical faction. They knowingly speak without evidence, and that is morally abhorrent whether you gussy it up with a polite label like “faith” or stick to more earthy labels like “bullshit.”

One of the best arguments, then, for stating clearly that one is an atheist rather than playing evasive language games about being “secular-leaning” is simply that if you give people of faith an inch, they will shamelessly and with giddy disregard for logic take a mile. (It’s a lot like the risks of conceding ground to someone who believes there should be government, and intellectual honesty must always prevail.)

So, I’m pleased to see David Frum—frustratingly moderate at times but as a result very fair here, I think—defending the late atheist Christopher Hitchens against nasty smears from religious writer Larry Taunton, who suggests that Hitchens was by the end on the verge of conversion to religious faith. As Frum explains, Hitchens himself had warned that people of faith would linger over him like vultures as he was dying, attempting to extract some intellectual concession from a weakened man. It didn’t work, but Taunton is still menacing the corpse via an insulting new book about Hitchens, leaping on every maybe and perhaps in Hitchens’ thinking to point to what Taunton thinks is faltering confidence, a chink through which God-belief will get in.

And in this Taunton, like so many other religious believers, tells us more about himself than about atheists. Intelligent atheists, after all, tend to be admirers of science and are of course continually open to new evidence, if any is forthcoming, and always wonder what else is true about the universe that we don’t yet know.

Try explaining that to a religious person, who thinks all beliefs are a kind of armor against scary contradictory information, though, and at some point you’ll inevitably hear an “A-ha! So you’re more an agnostic than an atheist! That’s a start! The walk to faith has begun!” and in no time at all you’re invited to the annual church picnic and politely saying yes to keep the simpletons happy for one more year without, let us hope, saying another word they can misinterpret—the way you have to keep telling someone who’s pushing a time-share that, yes, yes, you’re still listening but not persuaded.

It isn’t easy, though. Religion’s war against simple clarity of speech and honesty of thought is never-ending. They cannot be happy until they’ve dragged you down to their mindless level, and they’ll keep at it even after you’re dead, perhaps for an eternity.