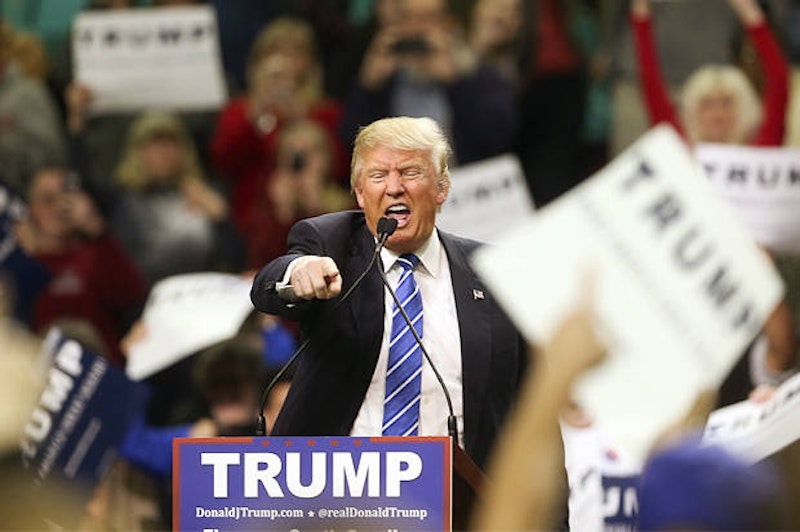 I find it fascinating that if you have a bad cold or are mildly hung over, the brain takes a while to remember, as it recovers, what “normal” felt like, so quickly does it adjust to its awful new stupor. Sometimes you mistakenly think, “I guess this is as good as it ever was” before things snap fully back—or worse, if you’re feeling unduly pessimistic, you begin to suspect you’ve suffered some sort of permanent damage and now things will always be like this.

Conservatives and libertarians have plenty of reason to drink this St. Patrick’s Day, but I hope they won’t conclude anti-trade, anti-immigration, anti-civility (and teetotaler) Donald Trump is the new normal, as if the Republican Party and other non-leftists were always destined to end up on the floor like this, as if no other choices could have been made.

Strive to remember that a mere year ago, wonky, libertarian, and bridge-building Rand Paul was considered a leading prospect for the Republican nomination. Libertarian columnist Jack Hunter rightly notes that it’s strange and unsettling that at that time, so high were our now dimly-remember standards that many libertarians thought Paul wasn’t libertarian enough, and many conservatives thought he wasn’t conservative enough. Yet now: Donald Trump? What? How? What time is it? And some of the fringier libertarians are even doing things like starting a Libertarians for Trump group. Why does this man get a pass from so many people?

Strive to recall how worried people were a year or two ago that Republican politicians would never master hip new communications technologies such as Twitter (so steeped were they in old-fashioned ways such as classics-reading and harpsichord-playing). Now Trump barely even needs campaign ads, his tweets cause such a ruckus.

Above all, strive to recall, even if cowardly Trump no longer wants to debate him, that you can all still rally around Ted Cruz, the one remaining Republican candidate with a chance, however small, of defeating Trump for the nomination, now that Marco Rubio’s out.

Trump’s not the only reason for conservatives to be drunk today, of course. On this quasi-Catholic holiday, some may be intellectually honest enough to notice that their favorite church, long considered the backbone of Western history, is now perpetually mired in scandal. The leaks the Vatican is trying so hard to quell lately have already revealed, for instance, that only 20 percent of the donations sent in under the Peter’s Pence refugee-aiding program went to charity, the rest vanishing into church bureaucracy. Religion is a scam, a very obvious and stupid one, when you think about it. God is not coming to save you from either Trump or Hillary Clinton.

Things have gone downhill so quickly that I think we may soon even find ourselves pining for the days of politicians using creepy “dog whistle” language to subtly hint they’re part of your tribe without having to say so overtly. I’d prefer frank discussions of principle and policy to those mindgames, but an era of affinity-seeking is better than the one we may be entering, when dog whistles are replaced, on both left and right, by hair triggers and insults (real or perceived)—with people constantly watching for signs we won’t get along instead of subliminal hints suggesting that we will.

That wariness is the mindset that produces brawls instead of happy sing-alongs, as cautious and violence-wary St. Patrick’s Day bar patrons know all too well. I don’t want the future of politics to look like a perpetual St. Patrick’s Day.