Hillary Clinton and the Status Quo

Imagine if things improved for a change. 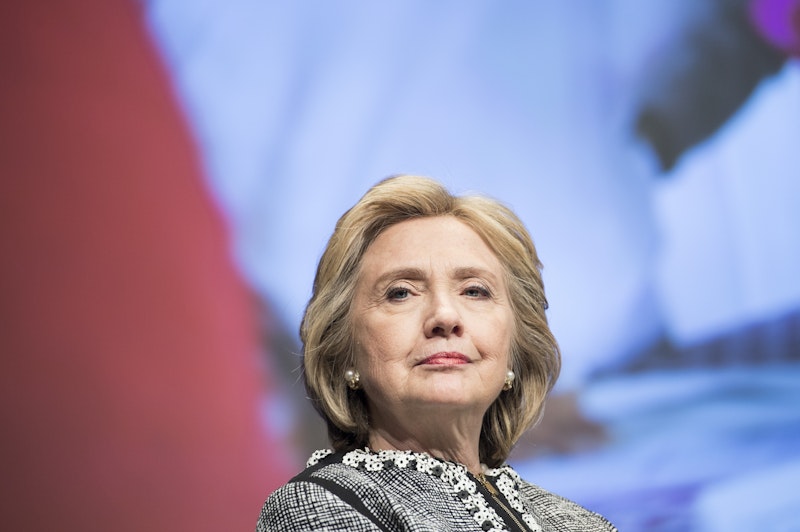 Virtually nothing good is ever done by any politician. Almost all sane voters admit each election is just a question of damage control. Given how vague most successful politicians’ stated philosophies are, that becomes an exercise in predicting at what kinds of things a given politician is most ignorant or inept.

I think we can all agree that Hillary Clinton, who was yesterday’s real winner, is not much of an ideologue—basically a Progressive corporatist with hawkish tendencies who wants donations to her foundation and as much praise as she can get from both Wall Street and Main Street without rocking any boats. Nothing too revolutionary there—perhaps even the least-dangerous major-party choice come November. Who knows?

But one also senses that she’s too callous to worry about the details if her mistakes crush people. Witness her surprising frankness in promising a crowd that she’s going to “put a lot of coal miners out of work.” Admirably forthright, in her blundering, sociopathic way—and not harboring any fantasies about getting Kentucky to vote Democrat for the first time in 20 years, I guess. I just wish people would be as tolerant of short-term pain wrought by the market as they appear to be of recurring pain inflicted by politicians.

After all, since electoral politics offers no hope of any kind, the smart person these days bets on long-term solutions arising from science and markets, disruptive though they are. Create efficient enough non-grid energy production from backyard fusion reactors or something, for instance, and maybe we won’t have to argue, fight wars, and devise long-term worker-retraining programs over the coal or oil industries anyway. I’m against subsidizing solar panels—or anything else—but I hope business-oriented activist networks like ALEC won’t stand in the way of things like rooftop solar panels if and when they become independence-fostering sources of home energy and profit, which will depend at least in part on institutional conventions likely to be decided by government, with an awful lot of input from old industries.

The energy grid as it currently exists is a particularly large, messy example of public/private overlap—the zone on the Venn diagram where Clinton and other cronies feel most at home—but it shouldn’t be a tool for keeping people beholden to the existing distribution system if they could as easily be going their own separate ways. Similarly, we don’t want to live in a world where, say, revolutionary advances in personal flying craft are delayed by the fact that it’s hard to reform the FAA or to stop Congress funding highways.

Don’t get me wrong, for now I laugh as much as the next bourgeois, mainstream citizen at the average white-trash hippie guru who claims he’s going to generate his own power and live in the woods, but we must not let old cultural prejudices blind us to the future. The day will come when the hippie has the tech to make good on all his dreams and can survive without making pleas on Kickstarter for donations to make his lifestyle appear “sustainable.”

And if that day comes sooner than expected, believe me, President Hillary Clinton is not going to sound like a radical child of the 1960s. She’s going to partner with large energy and infrastructure companies to create a single, monolithic plan for all America that can be rolled out years later, long after many hippie innovative households have gone bankrupt, deservedly or not.

In short, at a time when we’re getting tantalizingly close to being able to make big changes, Clinton is in some sense the conservative choice, but in ways both good and bad. If anything drastic changes on her watch, it will likely be over her efforts to stand in the way, regulating, hectoring, and taking a cut of the loot and the credit all at the same time. That’s all the mushy-middle corporatists do.

Here’s hoping Ted Cruz or someone remembers that the really big, revolutionary changes in this country don’t spring from government, nor from public/private partnerships, not even the ones so old and boring we forget that they’re there. Politicians, if they must continue to exist, should be volunteering as loudly as possible to get out of the way. Absent that, I suppose voters can’t be blamed for picking one who doesn’t seem likely to make any sudden, confusing moves.