Don't Make Me Go To Rehab

The war on drugs is an abject failure for everyone but the rehab centers and halfway houses that profit from a forced recovery process. 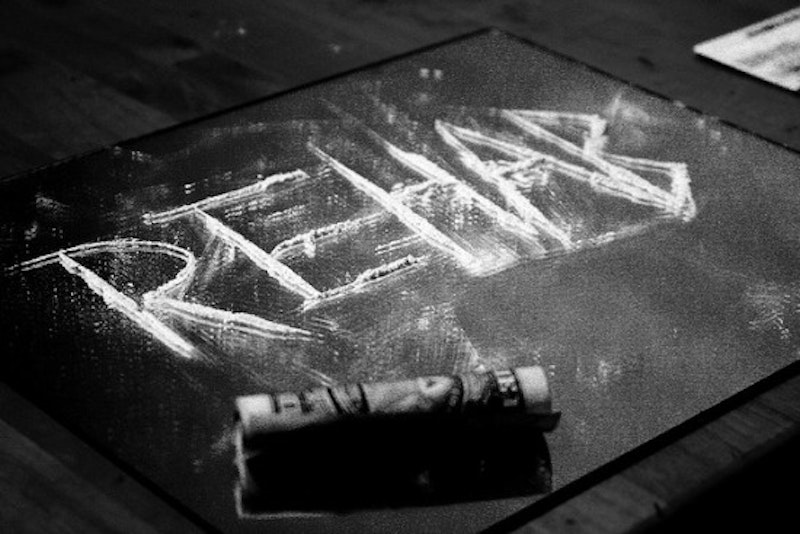 Bruce, who would not share his last name, is homeless, his house was burned down, and he has nobody to help him. He walks around New York City, asking people to give what they can so he can buy some food. Although he has no time to spare, he takes 20 minutes to discuss his experience in the drug rehabilitation process with me, which he knows well because he worked in a rehab center in upstate New York and has spoken to many people who have been put through system. His insights shine a light on the abject failure of the “war on drugs,” which was never designed to curtail drug use or help addicts recover.

He calls the rehab centers and halfway houses he knows akin to “concentration camps.” He says, “They’re supposed to help incarcerated inmates with drug problems who’ve gone home and got caught with dirty urine or got in trouble. Instead of going back to prison they go to these drug camps,” where they are required to stay for at least six months. Bruce explains that these programs are “about psychology and exercise,” but “they put pressure on you to stay positive. If you’re negative or they don’t like the way you’re behaving they’ll keep you there longer.”

And that’s the objective. To keep people in the rehab centers for as long as possible. The centers are privately owned corporations that are funded by the taxpayer through welfare. Corruption is rampant. “Taxpayers are being ripped off and don’t even know it,” Bruce says. “There’s been a big kickback between parole and the halfway houses and drug programs; there’s corruption going all the way through.” He explains that “If you own a halfway house you’ll go to a parole officer and say ‘here’s a couple thousand dollars, send your clients to me.’ The drug programs collect the welfare, $120 a day per person, and they have roughly 150 people in there. Imagine that 50 times over, they must have a thousand different places.”

Medicaid pays for all this. “Medicaid is where the cash cow is because they [the rehab centers] won’t accept you without a medical or insurance card.” The programs have expanded dramatically during the past 15 years because it’s too expensive to keep so many people in prison, which can cost roughly $85,000 a year per inmate compared to $35,000 at rehab centers. “So we save money that way, but everyone’s double dipping,” Bruce avers.

The conditions inside the centers are awful. In addition to the psychological pressures mentioned above, the staff members abuse the patients/prisoners. “They tell you to suck your mother’s this and call you every name in the book,” Bruce says. And there’s no oversight, even for the most serious offenses. “I’ve seen a guy get beat to death when I worked there, and I quit right after that.” Were there any repercussions, I asked? “Nothing happened. They have the strongest union in the state of New York. They get away with murder. They’re a band of brothers and don’t go against each other.” Management has no incentive to punish or report the abuse for similar reasons of self-interest.

The system, by design, is not working. “It’s not helping people, it’s making men angry, and when they get out they’re resentful and they’re gonna end up hurting somebody. That’s not what treatment’s supposed to be about,” Bruce says. It also holds people back from getting jobs because they have to waste so much time going back to rehab centers and lose opportunities to look for work. He feels that the only possible solution is one that revolves around the idea that the only people who can be helped are those who genuinely want to quit: “You gotta screen ‘em and say look, are you ready to stop? Because they’re gonna keep doing drugs until they’re ready to stop, so why waste money?”

This is just a microcosm of how the “war on drugs” is not designed to help people get sober or to eradicate dangerous drugs. If that were the goal we would not lock anyone up in prison or rehab centers, many of which serve as proxy jails, and we would not ban marijuana while keeping cigarettes legal, as cigarettes kill many times more people every year than all illegal drugs combined. The real purpose of the war on drugs is to serve as a pretext for intervention in the third world, particularly Latin America, where multinational corporations make billions through the drug trade itself and through neoliberal policies that enable them and the local elites to steal resources and monopolize industry with the aid of U.S.-backed puppet regimes. At home it serves as a useful tool to keep our prisons full for profit; we have the highest incarceration rates in the world by a long shot , and to enforce state-sanctioned racism, as the overwhelming majority of victims are people of color.