One good thing may have come out of the Casey Anthony trial: An honest debate about the death penalty. 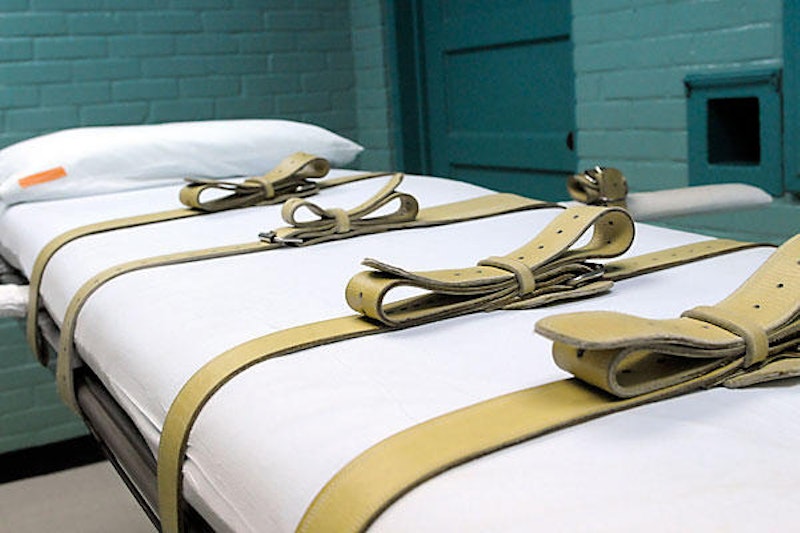 The one positive note that emerged from the baby-killing trial of Casey Anthony was a negative thought: We, as a nation, have got to stop killing our own people. Keep in mind that this was the trial’s afterthought from defense attorney Jose Baez who had just saved his client from certain death and whose job it is to protect his client from even so much as a common cold. It is, nonetheless, a heartfelt sentiment that is certain to revive debate over elimination of the death penalty in a nation that otherwise considers itself, nominally, if not actually, civilized.

“I think that this case is a perfect example of why the death penalty does not work and why we all need to stop and look and think twice about a country who decides to kill its own citizens,” Baez said after the not-guilty verdict. “Murder’s not right no matter who does it whether it’s a ritual killing or someone becoming a victim in a drive-by shooting. It’s disgusting and if this case gets any attention it should focus on that issue—that we need to stop killing our own people.”

There is a body of old-world sentiment that agrees with Baez and looks upon America as a nation of barbarians despite our many international good deeds. The feeling is especially alive among America’s strongest friends and allies in Europe who long ago abandoned the guillotine and the gallows as a civic get-even gesture. So far, 95 nations have abolished the death penalty. Only 58 nations still have active death penalty laws and among them only a few have conducted executions during the past 10 years.

So far this year there have been 25 executions in America, but 3242 prisoners are still languishing on death row. California leads the nation in condemned prisoners with 714; Florida is next with 394, followed by Texas with 322, Pennsylvania with 220 and Alabama with 205. The pismire state of Maryland has only five inmates awaiting retaliatory death. Repeal of the death penalty in Illinois was signed into law on March 29 and took effect on July 1, which granted pardons to 15 death row inmates.

Much of the debate surrounding the abolition of capital punishment involves the drug or drug cocktail used in the lethal injection and whether it or they constitute cruel and unusual punishment. This approach has lately taken a macabre turn: The drugs have suddenly become scarce and often unavailable as part of a quiet protest against the death penalty. Hospira, the sole U.S. manufacturer of Thiopental, a drug used in the lethal injection, says it will no longer manufacture the drug. And Great Britain, Germany, India and other countries have banned the shipment of the lethal drug to the U.S.

The rest is obscure and far-reaching lawyerly palaver that is designed more to delay action through years of appeals that render death penalty laws, in many states and cases, unworkable and unenforceable. The last execution in Maryland occurred under former Gov. Bob Ehrlich (R). There have been arguments advanced in Maryland cases about abused childhoods, collapsed veins from habitual drug use that will not accept the offending needle and often procedural missteps that occurred in the chain of events from crime to imprisonment. And the modern introduction of DNA testing has raised the moral doubt of executing an innocent person.

The most recent example the death penalty gone awry is the case of a Mexican national who was found guilty of raping and killing a 16-year-old girl in 1994 and who was executed in Texas last week despite appeals to the U.S. Supreme Court and intervention by the Obama Administration. Humberto Leal Garcia Jr. had been provided with a court-appointed attorney but was never told that he could also have had access to Mexican consular officials who might have provided additional legal help. This was viewed as a breach of international law, which the Bush Administration ordered Texas to follow. Texas refused, saying Congress must act as well. The case is another bodacious example of how lawyers will stretch a legal point in death penalty cases. Garcia’s lawyer had argued that “he has a due process right to remain alive while Congress has a meaningful opportunity to consider and pass this legislation.” The judge rejected the motion, saying, “the filing of a legislative proposal in the form of a bill is of no legal consequence.” So let us now discard the due process argument as part of the legal somersaults. Americans abroad beware.

In a study released two years ago, Maryland officials reported that over a specified period of time, more than $4 million had been spent defending the state against appeals in death sentence cases. That is money that could have been better spent balancing the budget, feeding hungry kids or treating sick people. Appeals rarely have anything to do with innocence or guilt but mainly with obscure points of law or circumstance and, of course, the lethal drugs. The courts are equally guilty of dodging the death penalty issue.

Maryland has found a convenient detour around the death penalty law: pretend it doesn’t exist. Gov. Martin O’Malley (D) is opposed to capital punishment and two years ago pushed for its repeal. The Maryland Court of Appeals, whose chief judge, Robert Bell, is also opposed to the death penalty, had rejected the protocols for administering the lethal injection as improperly developed. O’Malley dithered over revising the rules. And when the General Assembly finally took up the matter, the protocols were left unresolved in the House of Delegates. The issue of capital punishment has now ping-ponged its way back to O’Malley’s desk where it could languish unless he decides to push for full repeal or, heaven forbid, sign a death warrant.

Capital punishment, in the way America applies it, is a farce and a fraud even though many people feel secure about having the law on the books. Most people don’t care if murderers and rapists live or die. But the law simply doesn’t work. The biggest joke of all is that capital punishment is a deterrent. If that’s so, why are there more than 3200 prisoners awaiting the needle. It costs $50,000 a year to house a prisoner. And an inmate can sit on death row through 20 years of appeals and often, in the long term, spend a lifetime in jail and never visit the death chamber. The death penalty, simply put, is an expensive anachronism. It ought to be abolished once and for all.