The eco-cult gets more culty daily. 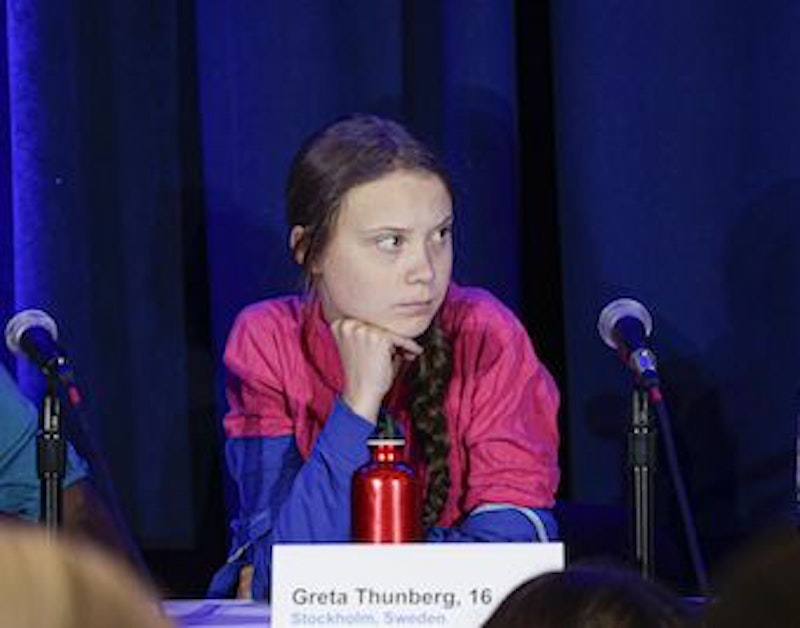 Freddie Sayers’ article on the rise of “hippie conservatives” confirms my fears that we’re headed into another dark period, about a decade after the last one, in which the right and left, in their mutual idiocy, agree to hate capitalism, science, and modernity, the three things that keep us alive.

The last time we went through this, it was partly the fault of conservative writer Rod Dreher, the coiner of “crunchy conservatives,” who at the moment looks positively mainstream, not because the aforementioned right-wing hippies are all that popular but because he called for Trump’s impeachment just prior to the Democrats deciding they’re really going to push for that. Dreher says he fears for the country if we don’t impeach Trump. (I fear for the nation regardless, all the time, but I think there are far worse things a president can do than pushing to investigate Biden cronyism.)

Not only has Dreher now got both hippies and conservatives on his side, he’s got former CIA director John Brennan, who tweeted over the weekend that anyone with knowledge of Trump crimes should take advantage of whistleblower protection laws to come forth now with what they know—which I think is hilarious given the myriad crimes the CIA has committed over the decades and how dangerous they’d make life for any whistleblowers who weren’t acting at the behest of their own organization.

Maybe now’s the time for people with dirt on everything from JFK to Latin American death squads to come forward simultaneously. Brennan’s in a “transparency” mood.

And as if we weren’t thoroughly enough surrounded by establishment propagandists masquerading as truth-tellers, Bono’s ONE Foundation and George Soros have partnered to help foist onerous and unscientific environmental regulations on us (of which the hippie conservatives probably approve nowadays), giving constant media advice and chaperoning (in the person of Marie-Luisa Neubauer) to the shrieking and traumatized teenage global-warming alarmist Greta Thunberg, who recently used her self-described “superpower” of autistic bellowing to harangue the UN about banning greenhouse gases. (Meanwhile, the Earth, which has seen drastic natural climate fluctuations since its dawn, has only had temperatures rise about a degree in the past century, no matter how much weeping fanatics shout otherwise to you.)

Using kids as props seems kinda creepy to me—much more so than making jokes about the use of kids as props, I might add. But perhaps using teens as stage props is not much different from being in the rock biz in the first place.

I know I said I’d lay off the conspiracy theory stuff for a while (and said I’d write about rock this week, but Bono will have to do, and I’ll move on to Morrissey next week). However, I must say one of the oldest conspiracy theories is the fear the elite want to sacrifice children to appease nature or the gods (as they sometimes did, ever since the Mayans), a mindset which might nowadays morph into convincing one and all the atmosphere is coming to kill the children and destroy their future unless we stop having them. (And seeing Thunberg in action must make some people tempted to root for the atmosphere.)

The children/weather-doom trope is irresistible to the elite, who also helped plan the 1992 Rio Climate Conference speech by then 11-year-old Severn Suzuki, who looks like a proto-Greta in retrospect. This will keep happening, as will hurricanes from time to time, regardless of what humans do.

Meanwhile—and it’s a small thing but telling—the Obamas, who ostensibly both believe in the global warming threat, just settled into a huge $15 million mansion on Martha’s Vineyard that has one of the flattest beachfront front yards I’ve ever seen. If the sea rose but a few inches... but they know it won’t. One more con job they don’t have to pay lip service to anymore now that he’s out of office, except on special occasions like TV appearances and UN climate conferences.

If environmentalism has become like a religion for you, NBC offered a chance in mid-September to “confess your climate sins” to them online. That’s not much crazier than what’s going on in actual theology schools, though, where some students have taken to confessing their climate sins to potted plants. Meanwhile, Democratic presidential candidate Andrew Yang, who pretends to be the smart, rational, technocratic one, wants to eliminate cars, mainly for the environment’s sake. Nothing megalomaniacal about that. Sure, go ahead and vote for him. Seems harmless.

And I wonder: would all the left-leaning women in my feeds who not so long ago wanted to have sex with Trudeau (who promises that Canada 30 years from now will emit net zero greenhouse gas but who probably won’t be in any position politically to make it so) find it more hot or less hot to do him while he’s in blackface, as old photos suggest he so often is?

Meanwhile, because of eco-alarmists like the ones who probably think I’m mean for writing a column like this, a terrified 14-year-old in Manchester, UK has committed suicide out of fear of climate change, at least according to one online claim. Way to go, green terrorists. Keep at it and you may one day eliminate us all. But more next week about another sad person from Manchester.