There will be such an outpouring of sewage that no one stays clean. 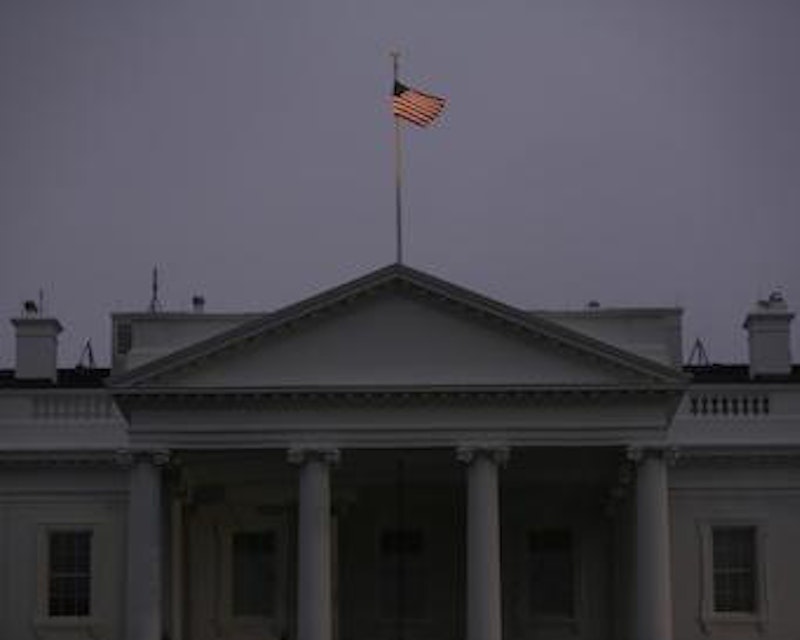 The 2020 election is going to be a real doozy. If you thought that the hacking, vicious memes, rumor-mongering, Russian interference and FBI blundering was bad last time, just wait. No matter who wins, the question of whether the outcome was fair or even accurate will arise, for partisans on the losing side and conspiracy theorists, but also for any reasonably objective person who's watching. It’s likely, in other words, that the result of the 2020 election, particularly if it ends up close, will have little credibility.

Many Democrats (those who don't blame James Comey), think that the Russian hacking and disinformation campaign won Trump the presidency. Trump may agree with them, as he invited the Russians to release Hillary's emails and told them in the Oval Office after he won that he wasn't worried about the whole thing. Obviously, he’d welcome that sort of help again, and has directly pushed for it from Ukraine and China. Any foreign government that has an agenda for Trump's second term is liable to give it a crack too, to get on the man's good side. Otherwise they're liable to get outcompeted by the governments that do. They'll owe it to their economy and their citizenry to pitch in.

Any government that has a stake in American policy (more or less all of them) and that has sophisticated cyber-capabilities (most of them) is liable to have a preference about who wins the election and try to do something about it. The Iranians will want to get rid of Trump, the Israelis to keep him in office. One suspects that China would prefer a free-trade Clintonesque Democrat, who’ll ditch Trump's tariffs, and they'd presumably rather that someone other than Sanders gets the Democratic nomination, on the same grounds. It’s very likely that they’ll produce an imitation of the Russian 2016 approach, with more sophistication and unlimited resources, both in the course of the primaries and in the general election.

One assumes that the Saudis would prefer Trump, and the Egyptians, and perhaps even the North Koreans, and of course the Russians. The governments of France and Germany, and many other European nations are liable to line up behind the Democrat. If Ukraine hasn't succeeded in placating Trump by investigating the Bidens, they are going to want a regime change in the US, because their association with Trump is at the moment a huge domestic problem in both countries. Narendra Modi is liable to go with Trump, Imran Khan with the Democrat. And so on.

Maybe that's the real primary before the primary, the fund-raising nobody sees: lining up covert endorsements from foreign intel. Even if Trump is impeached and removed from office, all governments and many non-governmental organizations will have a stake in the outcome.

The supposed hyper-effectiveness of the Russian program last time, and the lack of any consequences for it, have shown intel services all over the world, and everyone else, that it's a good idea to get involved. And even if some countries and organizations might have qualms about this sort of election interference, it would be irresponsible not to at least develop the capacities, probe the weaknesses, and make some contingency plans to interfere. Their enemies, if any, certainly are.

At one time, foreign governments might’ve found a way to funnel money into the American political system and the people infesting it, hoping to affect policy decisions (by getting Hunter-Biden types a lucrative job or contract somewhere in their country, for example). Now much more direct interventions are possible, and the story of Russian effectiveness will serve as a motivation for everyone to get involved.

Any organization anywhere in the world, including in the US, will be taking the 2016 Russian approach as a warning that they had better gear up and start hacking like hell, and as proof that disinformation works and that implausible deniability is good enough. The Trump administration's efforts on election security are liable to be half-assed at best, and completely partisan; if the FBI and CIA are looking into anything that might help Democrats, he's liable to starve them of resources, and will reward them handsomely if they make the other way. And again, he’s straightforwardly soliciting the help of both Ukraine and China right now to try to destroy Biden. Now, the Democrats think of Trump just the way Israel thinks about Iran, and vice versa: we must defeat evil, by any means necessary. And if the Republicans are (indirectly, through allies foreign and domestic) launching a thousand brutal rumors, they had better do that too.

So brace yourself for an unbelievable wave of bullshit in your social media, coming from all directions at once. In fact, we won't know who’s producing the messages we receive. Provisional exposures of who's acting on who's behalf will play unpredictably, perhaps taking out a candidate or affecting the outcome. Hacked communications and faked hacked communications from the campaigns and the candidate's associates will be uploaded to servers and published in newspapers. It will be unclear in some key places whether foreign intel services or freelance hackers or someone's supporters got to the voting machines.

The FBI may have the power, as they more or less had in 2016, to determine the outcome of the election simply by deciding whom to investigate and what information about hacking and disinformation to release when.

If 2020 seems dirty, and Lord knows it will, there are liable to be more impeachments. And whatever happens, many people on the losing side will believe the election was stolen, and they’ll likely have plausible reasons to believe it. There will be such an outpouring of sewage that no one stays clean, and the facts will not be clearly established by or for anyone amidst the chaos. In the eyes of the losing side—and perhaps in the eyes of neutral observers, if there are any—the election will not be regarded as legitimate. We're already almost at the point at which our democracy has been discredited fundamentally; we'll certainly be there by 2021.

It’s customary to end a column like this with a set of prescriptions, half-assed though they might be, for fixing the problem. We must protect the integrity of our elections! Yes, we must, but no we’re not going to be able to. It's going to be a hell of a shitshow, though, so my personal plan is to work my way toward the back of the hall, turn toward the stage, and gaze on the spectacle, looking for the amusing bits.