A libertarian loses his mother. 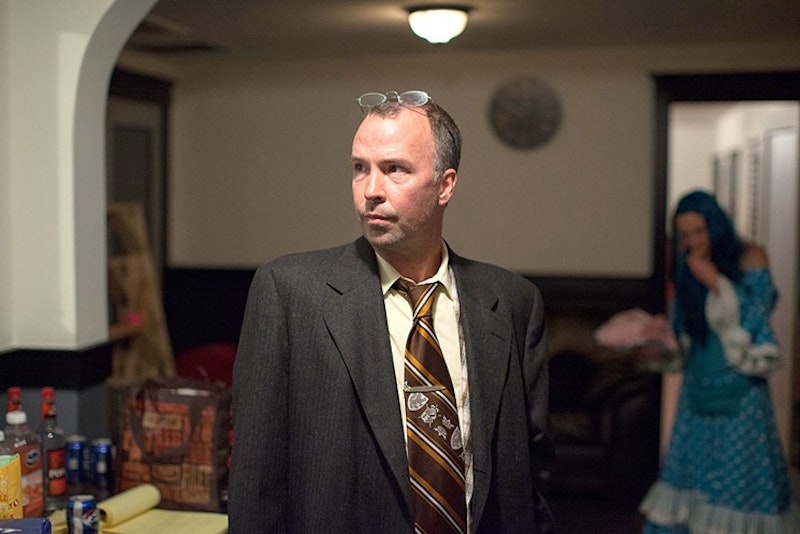 “I cannot hold the same view for an entire twenty-four-hour cycle,” libertarian comedian Doug Stanhope told a crowd at the Union Square Barnes and Noble in Manhattan Wednesday night, making him sound philosophically mercurial and postmodern, like a Robert Anton Wilson or Michel Foucault. But it was just meant as a humble confession of emotional instability and artistic second-guessing from a man who admits he’s neurotic and “a drunk.”

It’s also a source of frustration to the friendly interviewer/biographer who was on stage with him, Adrian Nicole LeBlanc, who’d like to create a coherent narrative from the life of Stanhope and other comedians for purposes of completing a book of her own about them. She said she worried for a while it might turn into the end of her career as a serious journalist. She also said she’s noticed that many comedians are so off-kilter emotionally they liken themselves to serial killers. As Stanhope jokingly agreed, comedians hate many categories of people and wouldn’t much mind seeing them dead.

Stanhope’s new book Digging Up Mother describes his relationship to his mother, ending with his role in her assisted suicide after years of suffering from emphysema. Like her son, she was a smoker. (I notice the book has a foreword by Johnny Depp, who is married to Ayn Rand fan Amber Heard—perhaps the makings of a hip Hollywood libertarian cabal, if the more conservative Friends of Abe group is reportedly breaking up?) Stanhope describes hosting a roast of his mom as she passed and shouting, “Mom, wait! They found a cure!” at the very end. That’s (dark) artistic commitment—and probably a confession on some level of wishful thinking at the same time. He mixes the humane and the vicious that way.

Stanhope said during the bookstore talk that he doesn’t worry at all about people being offended by his darker material because we live in a world of niche markets, and the more the wider world gets offended, the more his small core audience feels devoted to him. Diversity and choice tend to solve the problem of SJWs or religious fanatics being offended by everything. Best to tolerate it all and change channels when you can’t stand what you’re hearing.

My friend Rob Szarka points out that J.K. Rowling had to remind people at the ostensibly pro-free-speech PEN America Center of much the same thing in comments she made to them about Donald Trump recently. That’s not to say that speech cannot be a warning of real violence to come, of course (take, for example, the pro-Hitler chants of some Muslim migrants in Europe, which some people would probably love to pretend didn’t happen).

Stanhope seems to understand comedy as something that can give people the strength to face darkness, even dwell and create and compete in it, instead of seeing comedy as something pointlessly and offensively dragging them into darkness. Then again, he’s called life itself a pointless joke in the end. He’s not all sunshine and unicorns—but he’s said as he gets older, he sees less point in telling happy children there are no unicorns. His message may vary with the number of drinks consumed, but he promises to come back to New York to do a full show once it’s all stabilized into a worthy new routine.