Does the Artist Matter to the Art? 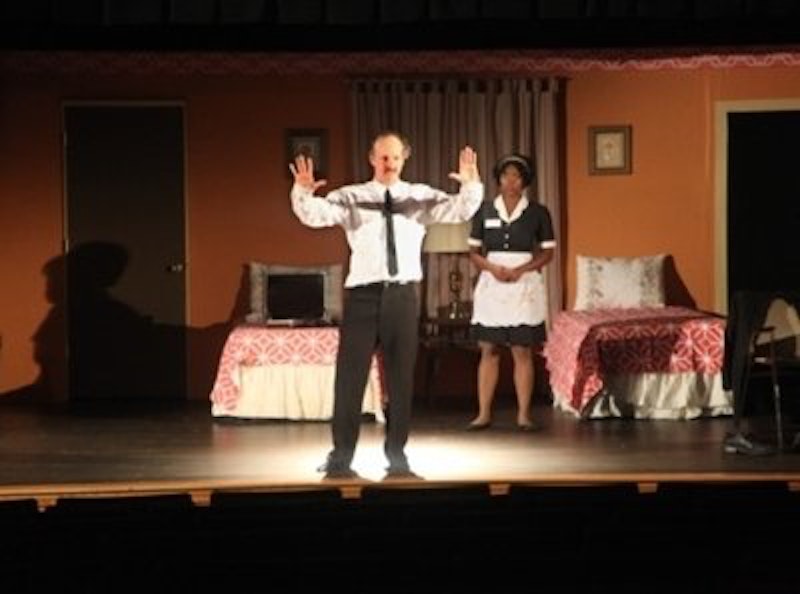 The Kent State Pan-African Studies department is performing The Mountaintop, a play by Katori Hall. Hall was horrified to discover that the production includes two actors playing King—one white and one black. The black director, Michael Oatman explained, "I didn't want this to be a stunt, but a true exploration of King's wish that we all be judged by the content of our character and not the color of our skin."

Oatman seems to be suggesting, in part, that the play should judged by its quality, not by the skin-color of the actors—nor, for that matter, by the skin color of the director. But at the same time the skin color of the actors is central to the experiment Oatman's conducting—and it's hard not to take his race into account when determining whether that experiment is in good faith. If a white director says, "Hey, Martin Luther King could have been white, why not?" that seems presumptuous. If a black director says it—well, Katori Hall thinks it's a bad idea, but there’s at least more room to give Oatman the benefit of the doubt.

People are often uncomfortable with the idea that the identity of the artist might affect the reception of the work. Scholar Harold Bloom crankily argued that real critics should talk about art "strictly on aesthetic grounds" and look for meanings "not determined by questions of gender, social class, and race." Art is as an arena of meritocracy; great art should speak for itself, without any reference to its creator. You should be able to judge art blind; a short story by Alice Sheldon should be evaluated in the same way, and receive the same praise or blame, as the exact same story written by James Tiptree.

In practice, though, knowledge of the author inevitably affects the perception of the work's authenticity, approach, and resonance. That's why sci-fi author Robert Silverberg declared, "There is to me something ineluctably masculine about Tiptree's writing" only to be flabbergasted when it turned out Tiptree was actually Alice Sheldon.

Sheldon became Tiptree in part to show how prejudice inflected the reading of women's writing. But does that mean the identity of the writer doesn't matter? Sheldon, after all, was using her identity as part of the meaning of her work. She pretended she was a man, then her real name was revealed—and that upending of gendered expectations affects the reading of her stories, which often deal directly with gendered expectations and reversals.

Or consider Beyoncé's video for "Partition." The video shows Beyoncé in various slinky, revealing costumes, grinding and singing about sex. If the video was created by a guy, it’d be a male softcore fantasy, with Beyoncé as the object of desire in someone else's wet dream. But the video isn't by some guy; it's by Beyoncé, and she's singing about sex with her husband. The video is about exploring and celebrating her own sexuality. It's intended to be confessional; Beyoncé knows you know that she's the creator, and arbiter of the video, and she relies on that as part of the video's meaning. It's not an accident that the video opens with the singer dropping a napkin for a white servant to pick up. Beyoncé wants you to know she's in control.

In some contexts, even Harold Bloom would agree that the identity of the artist matters, and is part of how you understand art. It's not controversial to suggest that Hitchcock had characteristic interests and obsessions, which shape each of his films. Everybody agrees that Virginia Woolf's bisexuality provides insight into Orlando. Most people accept that Faulkner's oeuvre has something to do, for better or worse, with his identity as a white American southerner.

In other cases, though, we like to think that art is identity-blind, universal, beyond the petty dictates of self. But it isn't—in part because self is one of the things with which an artist works. One thing art does, or can do, is to think about, and examine, that art's creator—even when that creator (like Alice Sheldon) isn't known.

I haven't seen the Kent State production of The Mountaintop, but I appreciate director Michael Oatman's paradox. The actor playing Martin Luther King is white, but the play, as a concept and performance, is the experiment of a black man. Identity tangles and untangles in art—a shimmering, sometimes frustrating and sublime communication between the self and another.