Race to the Bottom

Bullies of all hues. 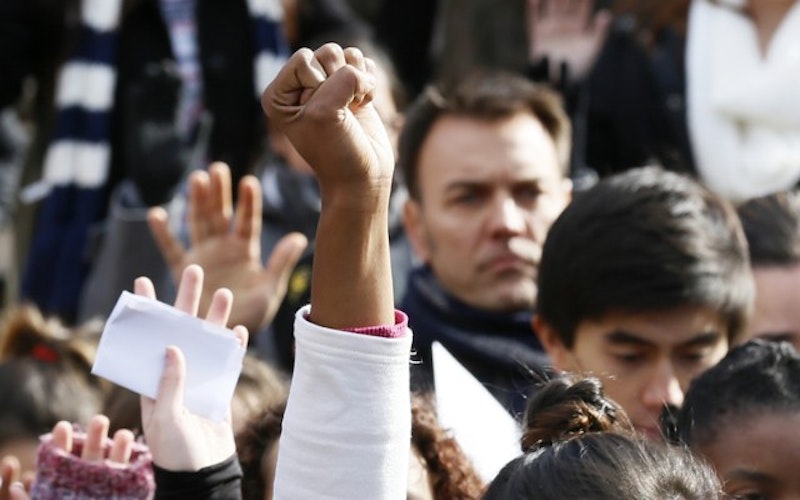 The left is growing fonder of the argumentative bait-and-switch in which if you disagree with some small part of what they’ve said, they accuse you of wanting the nightmarish opposite of everything they believe. If you think, say, some protest went too far by engaging in vandalism, you’ll be accused not merely of being uptight about property rights but of hating black people and promoting rape to boot.

The thing is, more people are coming to the conclusion that even the left doesn’t believe these sweeping negative assertions about the motives of the left’s critics. On the contrary, it is vital, always, to consider the possibility that vocal leftist activists may just be jerks. They can start out with some legitimate grievance and still become drunk with political power, after all—and it’s condescending to pretend that can’t be the case simply because they’re, for example, black or female.

In classic passive-aggressive fashion, the activists have gotten a lot mileage out of pretending only sadists and fascists would disagree with them.

But even as the activists grow more hair-trigger angry, the ranks of people who aren’t falling for the activists’ nonsense keep growing. For decades, the activists could count on their listeners’ feelings of guilt about all the horrors of history to vault the activists to positions of easy moral and political authority (and sometimes tenure without even publishing anything). It took a callous brute to tell them “no.”

But it’s not just callous brutes telling them “no” anymore. I think most Americans have had enough of their crap. That doesn’t mean I endorse every manifestation of resistance to the activists, either (see: Trump as an example of someone both un-PC and frequently wrong). But it does mean we’re finally allowed to tell even the most ardent of the protestors: perhaps the problem is you.

Interestingly, the kinds of people who congratulate themselves for talking about racism are now, in the latest twist of their faddish thinking, beginning to insist whites shouldn’t talk about racism because it's for people of color to say what matters in this area. Are we slowly but surely circling back around, then, in typical left-wing-uroboros fashion, to the idea that most Americans should just shut up about racism? I’d certainly be okay with that. And I mean that in a compassionate, Daniel Patrick Moynihan “benign neglect” way, you understand, not a truly callous way.

An online video shows an Asian immigrant female student at a Claremont McKenna College rally against racism being silenced by the crowd when she tries to explain how she learned the hard way that black people can be racist, too. That crowd’s not fostering dialogue. It’s increasingly obvious they want to foster monologue. Maybe it’s time to let them know we’d like to just opt for silence instead. They can continue talking to themselves all they like.