A Lost Ball in Tall Grass

O’Malley can only wish for good fortune. 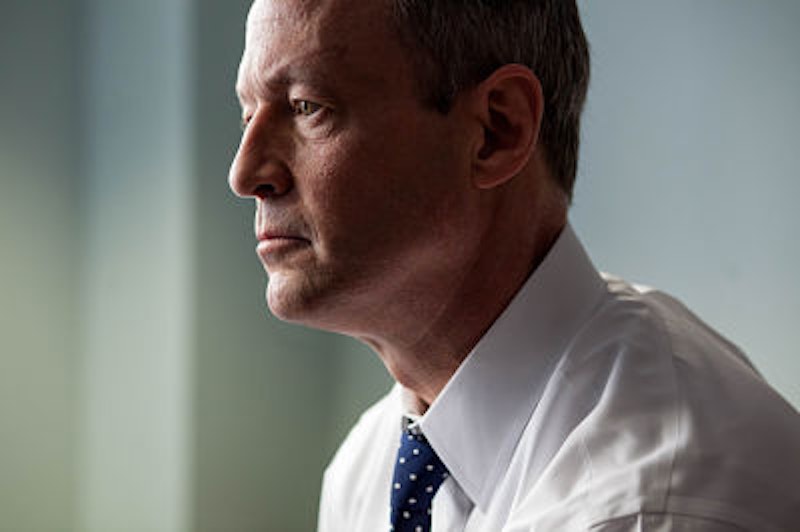 Ten Maryland elections ago, the irrepressible State Sen. Harry Softshoes McGuirk (D) coined a phrase that’s become embedded in the state’s political lexicon when he characterized a trailing candidate for governor as “a lost ball in tall grass.”

That was in 1978 and the candidate was Harry R. Hughes. If McGuirk were alive today, he’d probably say the same of Former Gov. Martin O’Malley’s (D) candidacy for president. Except that Hughes belied the colorful figure of speech and went on to be governor for two terms. O’Malley can only wish for the same good fortune, but polling consistently at between one and four percent is not the bread crumb trail to the White House. (The one measure polls cannot pick up is organization, what’s happening on the ground, which is where O’Malley excelled in Maryland and what matters in Iowa and New Hampshire.)

O’Malley is this campaign season’s Rodney Dangerfield. Lacking respect, denied media attention and buried under a blizzard of Hillary Clinton and Donald Trump headlines, O’Malley is gasping for oxygen in the trail of dust left by Clinton and, of all people, Sen. Bernie Sanders, the hippie Democrat/Socialist from Vermont. To confound the tableaux, Vice President Joe Biden is now officially a candidate in-waiting, presumably to see if Clinton’s unfavorable ratings (untrustworthiness) continue to pile up or her campaign falters. Biden has promised a decision by September.

Here’s an inside peek at O’Malley’s fortune cookie: A recent sampling of Iowa’s major newspapers shows no mention of O’Malley. The Washington Post appears to have yanked its assigned reporter from O’Malley’s campaign entourage and diverted the scribe to Sanders’ camp. The Baltimore Sun, O’Malley’s hometown paper, has yet to assign a full-time reporter to his campaign and covers it mainly through handouts and re-writes from its one-man Washington bureau (though this decision is probably as much about economics as politics.) The number of reporters following a candidate is inversely proportional to their standing in the polls and chances of winning the nomination.

The irony of O’Malley is that he has already accomplished as governor what other candidates are merely talking about doing as president. Immigration? Solved the problem with Maryland’s Dream Act. Gun control? Among the toughest laws in the nation. Gay marriage? Way ahead of President Barack Obama and the U.S. Supreme Court. The environment? Bucked corporate interests, developers and farmers with tough environmental standards. Taxes? Had the guts to raise taxes many times to keep Maryland afloat during the economic recession. Affordable higher education? Froze tuition and Maryland’s public colleges and universities. Minimum wage? Been there, done that.

If resumes could elect presidents, O’Malley might win in a landslide. So what’s the problem? The problem is the preordination of Clinton on the one hand and the roiling discontent that’s boosting Sanders on the other, the same outlier impetus that’s pushing the vainglorious Trump to the top of the Republican heap.

But there’s another dimension to Sanders’ candidacy. Sanders wears the hash marks of a hangover from the Occupy Movement of a few years ago as the Democratic party is tugged to the left by new demographics and populist inclinations. Polls show a recent surge in the number of Democrats who now identify themselves as liberals, attributed largely to growing inequality and near negligible social mobility. O’Malley can sport liberal credentials with the best of the Democrats.

O’Malley’s problem, then, seems to be that he can’t attract the attention of the media. That is true, of course, unless he either bumbles or makes proper noises. In one case, he caught a lot of grief for borrowing $349,000 for his daughters’ college education while he had his wife (a judge) had a combined annual income of $300,000 and were living free in a tax-supported mansion. He has released a major taken-down of financial institutions and a program to reduce college debt. But they drew scant attention or staying power. And in another recent headline he was highly critical of Democrats for sanctioning only six presidential debates.

So O’Malley has decided to kick up a fuss over the debate schedule, a complaint similar to Sanders’, and organize a series of debates outside the party structure, a violation of party rules. He accused the Democratic National Committee of “trying to pre-ordain the outcome, circle the wagons and close off debate.” It won him a fleeting headline in a year when party rules don’t seem to matter to either Democrats or Republicans. O’Malley is badly in need of a Carley Fiorina moment and a bump in the polls.

In the pathology of politics, the rise of Sanders and Trump, and the diminishment of O’Malley among Democrats and a handful of others on the Republican roster, is an indictment of the media as well as a critique of the nation’s political process. Simply put, the media loves a horse race and the candidate(s) who isn’t nipping at the finish line is out of luck (and out of view.)

Television thrives on visuals. Trump’s private jet is a bumper sticker with wings and television covers its arrivals and departures as if the plane were an anthropomorphic candidate. The same with Sanders’ fly-away nimbus of hair. All O’Malley displays are major abs and a guitar which he strums infrequently. Neither makes compelling television. O’Malley needs a shtick and he needs it quickly.

As the late columnist Molly Ivins observed, “I long since decided that if the candidate doesn’t have some Elvis to him, he ain’t gonna make it.”

There’s been major breast-beating among the cable news class over failing to detect the early-on the rise of Sanders and Trump to leading positions within their parties. Even more pompous and hubristic has been the claim of some talkers that the media could have stopped Trump from rising to the top of the GOP pack. They are now, with cover-your-ass clarity, allowing as how Trump has a chance to win the GOP nomination.

Trump is the source of his own momentum. The more outrageous he performs the higher he rises in the polls – until, perhaps, the eventual smack-down that many foresee. In the first GOP debate, his responses ranged from vacuous to ornery to downright erroneous but he nonetheless dominated the two hours and consumed more time than any of the other nine candidates. Sanders, similarly, is packing halls across Iowa and New Hampshire by channeling the populist rhetoric of Sen. Elizabeth Warren (D-MA) whose screed on corporate America has ignited the Democratic party’s left flank.

O’Malley has yet to get his groove. He is an on-stage performer as a balladeer but beyond his musician’s chops he has not yet proved to be a combustive candidate on the national stage as he was in Maryland for eight years. O’Malley is a skilled debater with a record of accomplishment who can launch a one-liner like a Tomahawk missile if given the chance and the forum. The grass may not be so tall; O’Malley just might be too short.