Why didn't they tell us about bump stocks before Las Vegas? 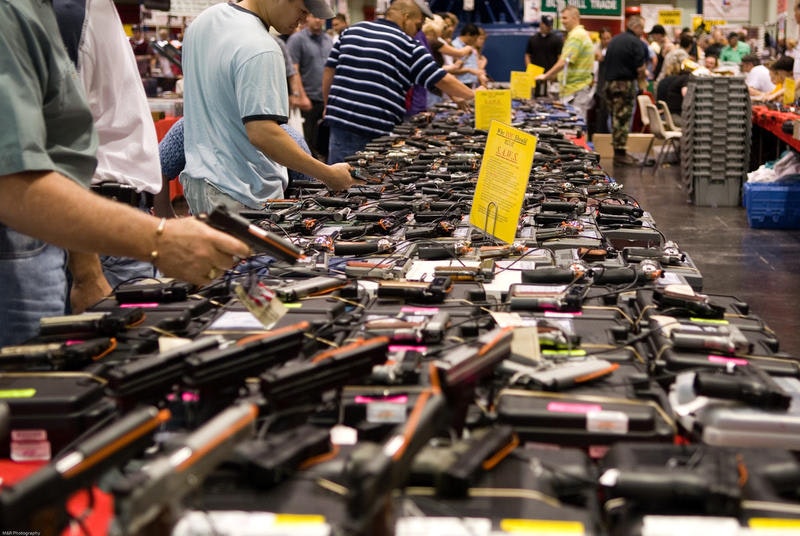 Stephen Paddock, last week in Las Vegas, used a device called a "bump stock" to make his semiautomatic weapon mimic the performance of a fully automatic weapon. Speaker of the House Paul Ryan, who’s now saying bump stocks are something “we need to look into,” had never heard of them before the massacre in Vegas. "I think we’re quickly coming up to speed with what this is," Ryan said.

I'd never heard of a bump stock until Monday morning either, which I’m guessing is the norm outside of gun ranges. While it's Ryan's job to know what a bump stock is, I don't expect Republicans to keep me apprised of the latest developments in firearms technology. For that, I rely on the Democrats, who tell us they're fighting the good fight against the “bitter clingers” who make all these mass shootings possible. “Used to rely” is a better way to put it, because none of them ever said a word about a bump stock until over 500 people got shot on South Las Vegas Blvd. The Democrats don't do their homework on guns, while constantly complaining of the vast, disproportionate power of the NRA.

Now, even the NRA is saying it may be open to tighter regulation of bump stocks. When was the last time you heard that uncompromising organization speak in any sort of conciliatory tone? They know, as does Paul Ryan, that they'll get backed into a political corner on this issue, so it's better to get out in front of it. Had Democrats previously pushed for something the NRA is volunteering to do now, perhaps many lives could have been saved in Las Vegas. Had the Republicans balked at doing something about bump stocks months ago, they'd now find themselves in a major predicament. At this point, the Democrats must settle for a bipartisan approach on bump stock regulation, and Republicans going along with it appear reasonable.

Sen. Dianne Feinstein (D-CA) has just introduced a bill specifically targeting bump stocks and similar devices. She's been an anti-gun advocate for years, but just figured this out? Hillary Clinton, desperate to remain relevant but unwilling to research the topic at hand, tweeted: "The crowd (in Las Vegas) fled at the sound of gunshots. Imagine the deaths if the shooter had a silencer..." Politifact promptly debunked this theory that many of her 19 million Twitter followers certainly bought. Clinton meant “suppressor,” not “silencer,” and a suppressor (which is designed to prevent hearing loss) reduces the typical gunshot of 150-160 decibels by about 20-30 decibels, which wouldn't have saved any lives in Vegas.

Bernie Sanders weighed on Twitter too: “There is no reason for any civilian to own an automatic weapon.” While this is true, automatic weapons have not been manufactured for sale to the public since 1986, due to federal legislation. Had Sanders wanted to sound cogent on the matter, he could have said there's no reason an American should be so easily able to modify a legal, semi-automatic weapon to make it fire like an illegal, automatic one.

The Democrats’ problem with guns is that most of them have never been exposed to them. They want nothing to do with firearms, including studying them. Guns are simply bad, they've decided, and they feel little need to elaborate beyond that because all right-thinking people get this already. Listen to a liberal from Manhattan discuss guns sometime. They talk about firearms—inanimate objects—like they're evil, and those who own them like they're suspect humans.

So it's no surprise when Jimmy Kimmel goes on his show after the shooting, fighting back tears for his hometown of Las Vegas, and delivers an emotional plea against guns that most Democrats viewed as powerful and effective messaging. But if that approach were of any practical value, certainly it would’ve worked after Adam Lanza fatally shot 20 children in Newtown, Connecticut in 2012. An overwhelming national outpouring of grief wasn't able to change even a single gun regulation.

Democrats can’t rely on well-intentioned entertainers like Kimmel to make their case. They should do their homework, instead of moaning, so they can talk confidently about guns, using the correct terminology, and Republicans can no longer smirk and call them “gun-ignorant liberals.” A good start would be to stop thinking that the “AR” in AR-15 stands for “Assault Rifle.” It stands for ArmaLite Rifle.

Retire the phrase “common sense gun laws” because it has no meaning. The common sense of the Upper West Sider doesn't resemble the common sense of the Texas plain dweller who learned to handle a gun at age 10 so he could shoot rattlesnakes and keep his family safe. By the way, that New Yorker lives in a state that in 2013 passed a law outlawing gun magazines from holding more than seven bullets, even though magazines holding seven bullets or less are nearly non-existent.

The Democrats love despair and saying there's nothing they can do when they lose. “Hillary didn't win because white Americans are racist,” or “The Russians and Comey stole the election.” It's a convenient way of avoiding responsibility for a loss. “It’s the kind of thing that makes you want to throw up or give up,” Kimmel said after the shooting. “It’s too much to even process.” The Democrats can join Kimmel in resignation, or they can take stock and realize why the NRA has been whipping them for so long. Democrats are not exercising leadership by introducing bump stock legislation after a national tragedy has occurred. Even Republicans will do that.