Dark Paths of the American Right

Drinks with Richard Spencer, and reflections on reactionaries. 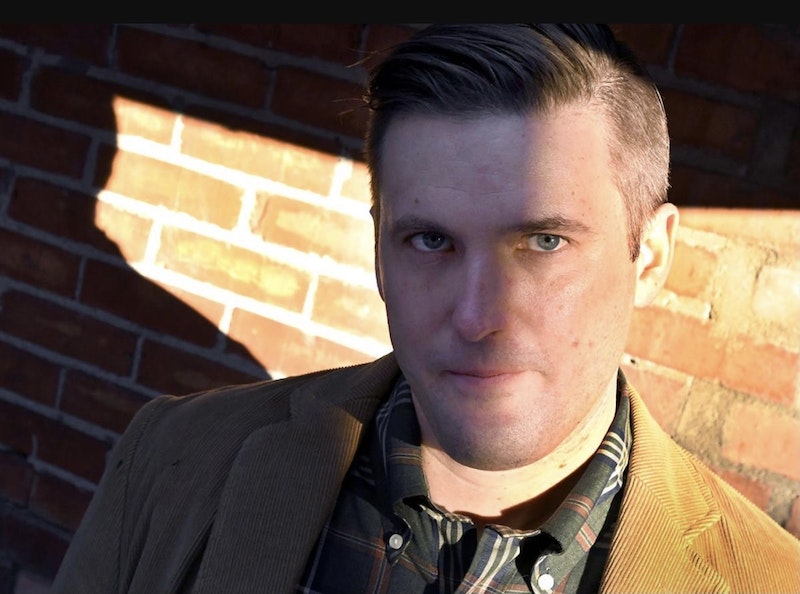 Richard B. Spencer, the white supremacist neo-Nazi, seemed a nice enough guy when I had drinks with him, which I believe was in 2009. His views, as I heard them, were along the lines of what had been called paleo-conservatism, plus a vague suggestion that the right needed “something new.” He didn’t say anything about a “White Ethno-State,” nor yell “Hail victory!” I knew him as a participant and observer at Debates at Lolita Bar, an informal lower-Manhattan colloquium organized by my Splice Today colleague Todd Seavey that featured diverse topics and ideological perspectives. Spencer’s views may’ve still been evolving at that point, and weren’t well-known. As I like to put it, he hadn’t yet put the Putsch in the Beer Hall.

I recall Spencer weighing in on David Frum, with whom I was then collaborating, and Spencer’s words included: “Frum is vile.” However, that alone wasn’t enough to pinpoint where Spencer would end up on the ideological spectrum.

Spencer’s life’s reportedly now in “shambles,” which may or may not mean he’s finished as an extremist leader; I can imagine hearing of some “comeback” in a couple of years. While some may find schadenfreude in Spencer’s woes, he also serves as a cautionary example of how bad ideas can infest a brain, triggering a mimetic spread to other brains in a tragic, virus-like contagion that’s resistant to any intellectual equivalent of a vaccine. Consequent to such transmission, ideological views one might discount as marginal or archaic can have a surprising capacity to resurface in mutated forms, reshaping the political landscape for the worse.

A fascinating book that I read around the same time I met Spencer is The Conservative Century: From Reaction to Revolution, by historian Gregory L. Schneider. Published in December 2008 and thus written before Obama’s election, the book presents a sympathetic history of the conservative movement through the 20th century and into the 2000s; it’s a history tinged with triumphalism, of conservatism enduring while ideologies that purportedly were “the vanguard of progress, from fascism to communism to liberalism, all collapsed around it.”

A key element of conservatism, Schneider emphasizes, is that it’s “protean,” or ever-changing. As encapsulated in the book’s subtitle, the ideology evolved from an elitist, anti-democratic outlook in the early-20th century into a mass movement geared to winning elections. A postscript acknowledges a “conservative identity crisis,” with divisions over the Iraq War, government spending and more. Conservatism’s next versions, Schneider writes, may differ markedly from its past, but “if history should teach us anything it is that conservatives have been at this point before—repeatedly—in what turned out to be the conservative century.”

When I read The Conservative Century, I saw that protean quality in an optimistic light. True, the right was evolving in a way that, along with Frum, I’d gotten busy arguing against; but conservatism’s capacity to reinvent itself was exactly what we would-be reformers were counting on. At a 2008 Debate at Lolita Bar, partly captured in grainy footage on YouTube, I made a case for conservatives to vote for John McCain, not the Libertarian candidate Bob Barr (who arrived in person to make his own case), in part on the grounds that conservatism from Calvin Coolidge to George W. Bush had changed many times and was not just one thing.

Unfortunately, the ability to change also includes the ability to change for the worse. In 2009, no stretch of the imagination could’ve envisioned that Donald Trump would become president and Richard Spencer would celebrate that accession with a shout of “Hail Trump!” to a crowd giving Nazi arm-salutes. Spencer may be a marginal figure now—and indeed he registered his discontent with Trump by coming out in support of Biden last year—but he did show that, in the Internet age, you can get an enthusiastic following by promoting evil ideas. No doubt he’s inspired others who will head down similar paths.

The Conservative Century has a section called “Roads Not Taken,” that discusses some 1930s right-wing thinkers, such asSeward Collins and Lawrence Dennis, who espoused reactionary views that merit the label “fascist.” Such approaches, Schneider writes, did not become “prominent within the mainstream of American conservatism; they represented instead roads not taken, ineffective and unpalatable alternatives to the path of limited government and laissez-faire that had shaped conservatism in the first three decades of the twentieth century.”In the 2020s, by my lights, those roads not taken don’t seem all that distant and obscure.