The Pandora Papers Show the World Hierarchy in Action

Economic and political power have thoroughly merged. Now what are we going to do about it? 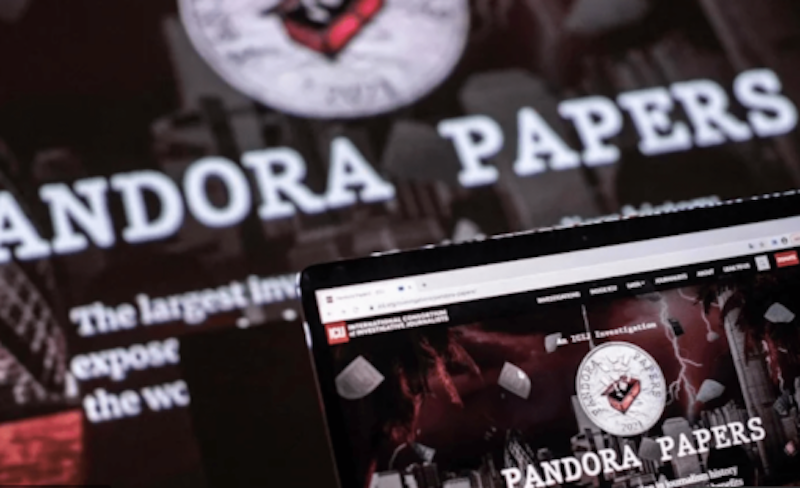 Revelations in the "Pandora Papers"—millions of documents obtained by the International Consortium of Investigative Journalists (ICIJ) and published on various news sites, show in detail the tax havens and concealed wealth of (a) extremely wealthy people such as oligarchs, CEOs, and organized crime figures, and (b) at least 35 current or former heads of state, and a selection of cabinet officials and political party leaders.

The Prime Minister of the Czech Republic, yet another "billionaire populist" (who suffered an electoral defeat on Saturday, partly as a result of the scandal), moved millions through a series of accounts to secretly purchase an estate on the French Riviera. The president of the Ukraine, Trump arm-twisting victim Volodymyr Zelensky, who portrayed himself as an "anti-oligarch" formed a series of shell companies that were buying luxury apartments in London. The family of the late Dominican sugar magnate vice president Carlos Morales Troncoso shelters his wealth in South Dakota, which is evidently the Cayman Islands of now.

"The secret documents," reports the ICIJ, "expose offshore dealings of the King of Jordan, the presidents of Ukraine, Kenya and Ecuador, . . .  and former British Prime Minister Tony Blair. The files also detail financial activities of Russian President Vladimir Putin’s 'unofficial minister of propaganda,'" and myriads of other government officials, government officials' families, and so on.

In justifying the decision to publish confidential financial records, the Guardian says that tax havens cost governments between $400 and $800 billion each year in lost revenues. "That may be an unfathomable sum," they write, "but it is real money that is not being spent on schools, hospitals or the transition to a low-carbon economy." I'd point out that it’s also not being spent on weapons systems, surveillance technologies, or deportations. Really, it's sweet, if unaccountable, that the Guardianregards all government funding as serving benevolent purposes.

If I were justifying the publication of this material it would be on somewhat different grounds. The Pandora Papers, like many previous leaks, demonstrates that political and economic hierarchies tend to coincide in the long run. If you gain political power, it’s very likely that you’ll gain wealth in the process; I wonder, for example, how many former United States Senators have died broke. And if you gain wealth, it’s very likely that you’ll gain political power. There’s no government that doesn’t listen to its wealthiest citizens; the directions from which they can bring pressure are too many; lately, they're liable to run for president themselves.

I expect those at the Guardian think that the solutions to the problem are relatively straightforward, if difficult actually to implement: governments all over the world need to close the loopholes, collapse the shelters, clean out the havens. People of this sort want, in the classical vein of socialist politics, to create greater equality through greater government control of the economy. They picture the state and the private economy—still, at this late date—as opposed forces. They want the one to rein in the other.

This view is naive. And it’s likely in the long run to have results that are just the opposite of what the people putting it forward appear to expect. We've been thinking with this model for a century or more, as the world economic/political hierarchy has frozen into place, become an immovable money/power machine imposing permanent inequality across nations and within them. The more power the state possesses to regulate the economy, the wealthier government officials grow, because more money is at stake in their decisions. Controlling them becomes key to gaining and preserving wealth.

If nothing else, the idea that government regulation is a solution to corruption, inequality, and great concentrations of wealth shouldn’t be able to survive the rise of Xi Jinping's China. There, the regulators and the oligarchs go by the same name: the Communist Party. There’s not even a pretense of separation between political and economic power. I'm sure there’s classic corruption in China, but in some sense it’s redundant or otiose: the very same people are running the businesses and the state, and I'm not sure it’s conceptually possible to bribe yourself.

The communist revolution in China was justified on grounds of anti-capitalism and of human equality. However, the solution was simply to merge the economy and the state. That made the Communist Party into a consortium of international capitalists, and even as the China generated a middle class of consumers, it also froze its economic hierarchy into an unchallengeable money/power juggernaut, the world's biggest single corporation.

The obscure multi-national circulation of wealth so luridly displayed in the Pandora Papers shows another problem with state regulation of the economy: these "investments" aren’t contained inside any particular nation. This suggests the necessity, as many have said, of an international regulatory regime. Or in other words: all the world a China.