We Reactionaries Are Getting Smart

Biden’s neurological disease and the uses of Marxism. 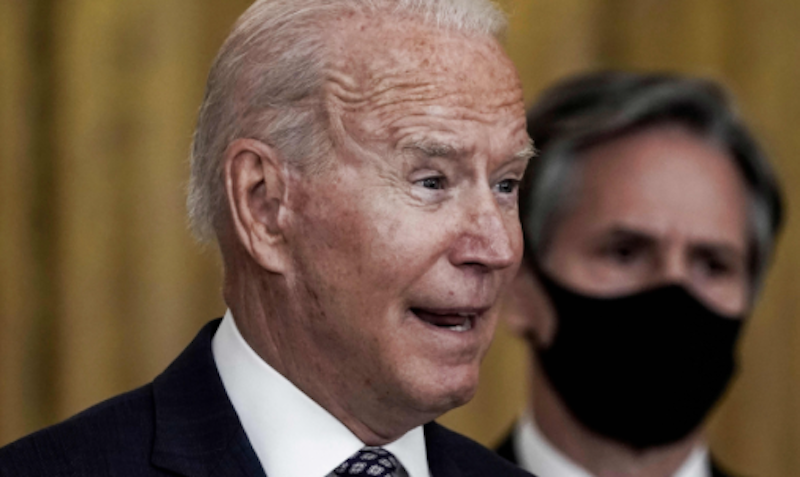 We reactionaries are finally getting smart. Here is Sohrab Ahmari advocating for the material interpretation of the American nightmare, even if he’s not taking such an interpretation far enough or in the direction I would.

But that’s all right: There are many interpretive rooms in the house of our Lord. Bottom line: As we take on neo-liberal capitalism, we far-rightists need to start reading our Marx, and in fact embracing, in a smart way, the intellectual Marxist tradition. In doing so we may, among other things, make ourselves allies in certain precincts of the far left. I have in mind those precincts that have not accepted the “successor ideology,” that late-capitalist bourgeois phenomenon.

I look forward to someday hosting, here on my property in Indiana, a conference bringing together far-right thinkers and unreconstructed tweedy intellectual communists, even neo-Stalinists, of the old-school academic intellectual variety. We’ll break bread, debate, and play bridge and pinochle. It will be like Herb Allen’s annual Sun Valley conference—only with me playing the role of Allen and with roughly one hundred-trillionth of the collective buying power.

In other fine far-right developments, I am heartened to find that far-right pundit Eric Zémmour—at once the most controversial and most popular thinker in France and a lunatic even by John M. Harris standards—is, if the polls are to be believed, showing strengths as a French presidential candidate. The Harris nose will be cocked in the direction of la belle France until la présidentielle in April, sniffing out the signals that are beaming toward us from a country that might be even more screwed up than this sewer known as the U.S. of A.

Does Biden have Alzheimer’s? My Aunt Wilson had it, with all its accouterments: the squinting hateful eyes, the perpetual screaming about the Masons, the head that refined down to the point where it was mostly skull, covered with a mere thin parchment of dry skin and punctuated by odd bits of gristle.

People who are unfamiliar with neurological diseases are probably not aware of how physical they are. They often think that these diseases merely make you go daffy and give you a case of the Katherine Hepburn-like shakes. But in fact sufferers constantly fall over, drool, foul and wet themselves, suck their knees and fling their soiled linen in the faces of caregivers. (I wonder if I’m the only devotee of Golden Age Hollywood, by the way, who prefers the aged, incessantly trembling Hepburn of On Golden Pondto the young Hepburn of Bringing Up Baby; there’s something attractive to me about the older woman’s quavering voice with its Yankee accent and the receding hairline. But this is a post for another time. Maybe there’s even a book in it.)

I’m reaching the age when I’m starting to be haunted by fears of disease. Every time I wake up in the wee hours with a numb foot that I’ve had contorted beneath my sleeping body I’m convinced that Parkinson’s disease has come for me; every time a bout of self-pleasure causes a weakness in the relevant hand (like Pete Rose, so unjustly proscribed from Cooperstown, I’m an able “switch-hitter”), I assume that MS, a disease of the elderly almost as much as it’s one, horribly, of the young, has begun to insinuate itself through my systema nervosum; every time my hips “lock” and I “lose pressure” during my twice-monthly assignations “in the hayloft” with Mother, I feel the chill fingers of ALS start to play over my flesh. (“In the hayloft,” by the way, is a metaphor in this case. Though we do, in fact, have a hayloft on our property, Mother and I make our not-unstrenuous variety of love exclusively in the old waterbed that I picked up at a yard sale in 1981.)

Anyway, Biden, that shiny-faced mediocrity, has about him the look that my Aunt Wilson did. I’m strangely reassured that our president, never a genius, is on track toward complete mental incompetency. This, like the proliferation of online sports betting to the point where gambling is now everywhere, all the time, is precisely the sort of manifestation of that American Exceptionalism that attracts to our shores the world’s masses, yearning to breathe free.