Joe Biden's Scared of the Squad

He's an old man who's at the mercy of the loudest people in the room. 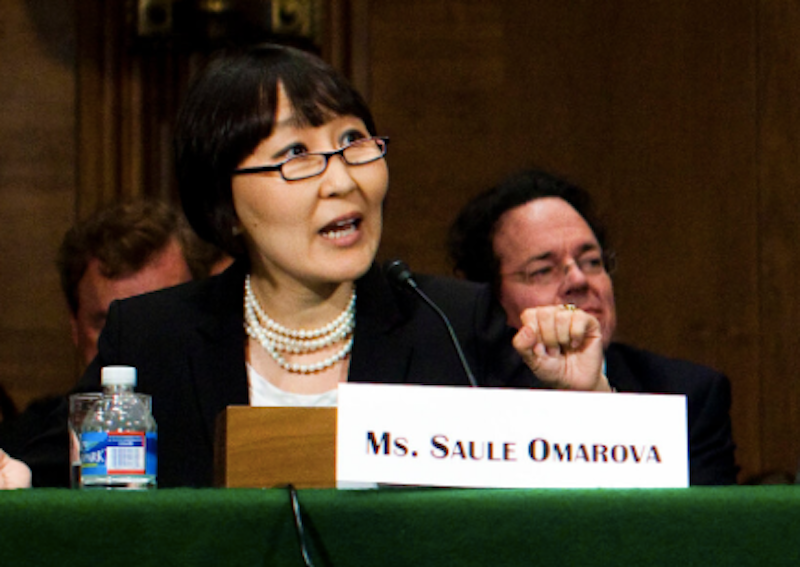 Some may remember when Joe Biden, on the campaign trail, implored, "Ask yourself, do I look like a radical socialist? I'm not out to punish anyone. I'm a capitalist." Putting aside the puzzling question of what a socialist looks like, if Old Joe's isn’t a socialist or a radical, why would he nominate Cornell law professor Saule Omarova to regulate the nation's banks? The 1989 graduate of Moscow State University (on the Lenin Personal Academic Scholarship), according to a New York Times headline, "worries that banks are getting too powerful." They are, but her radical solution is to end the banking industry as we know it, and have the Federal Reserve take on the deposit accounts of all Americans. Democrats used to mock Trump appointees who they said wanted to eliminate the agencies they were put in charge of.

When protesters followed the Democratic Party's maverick/pariah Kyrsten Sinema into the bathroom at Arizona State University, Biden said, "It happens to everybody," before letting out a laugh. "It's part of the process," he added, although it isn't, and it isn't funny. Biden would be singing a different tune, and would suddenly become a feminist, if conservative activists had barged in while AOC, one of the main faces of the socialist-leaning faction of his party that he's increasingly beholden to, was trying to do her business in peace. He'd have talked piously about how "all women" (meaning "some women") need to have their private space. Moreover, the media would've erupted into hysteria for a week, which they didn't in this case, because Sinema is "acting like a Republican."

Jen Psaki had to come in and clean up her doddering boss' mess by saying that the bathroom protesters were wrong, but we still got an insight into the President's rotten gut instincts. I'm curious about what Jill—I mean Dr. Jill Biden—had to say to her husband about his comments. My guess: nothing.

Joe can't really help himself. That's why he jumped the gun on the Border Control "whipping" hoax. His main priority is to please The Squad, so when he sees a chance to amplify the sentiment that all American cops are racist pigs, he jumps on it without bothering to find out what actually happened. That he was spreading misinformation by recklessly dumping on an agency that he oversees is irrelevant in his fantasy world. The perception that he ostensibly stood up for Haitians—while deporting as many of them as possible—is all that matters. Let's not forget Biden's vocal opposition to allowing Vietnamese refugees into this country after the US had invaded and carpet-bombed Vietnam, without provocation. And how are those immigrants doing now? Maybe not as well as Hunter Biden, who's had every privilege that a major politician can provide, but pretty well.

Democratic politicians are already complaining that our elderly president's a drag on their electoral prospects. The President assures the public that he's not a socialist radical, but he's giving Republicans ample ammo to prove otherwise. Does anyone really believe that his choice of Kamala Harris as VP, a one-time disaster of a presidential candidate who was underwater in her own home state of California and who's now a drag on Biden's electoral prospects, wasn't a sop to his party's diversity-obsessed left wing? All that counts is that she's a woman of color, even though Democrat voters figured out her phoniness as soon as she began running for national office. If the smug, authoritarian politician who once said she wanted to jail parents of kids who skipped school (and laughed about it) one day gets anointed as the Democrats' presidential candidate, as Hillary was, she's a sure loser.

Kazach-American Saule Omarova, Biden's nominee for Comptroller of the Currency, is also, according to the White House and the media, a woman of color, which in the Biden administration overrides qualifications. The White House has stated that her nomination is "historic," while failing to mention this quote of hers: "Until I came to the US, I couldn’t imagine that things like the gender pay gap still existed in today’s world. Say what you will about the USSR, there was no gender pay gap there." There was also hardly any "pay" there, and the lack of a gender pay gap—a phony issue to begin with—is because the Soviet government set all wages. Both men and women have always made much more money in the US than they once did in the USSR, but what alarmed Omarova was the "gap" she perceived in earnings? If certain Democrats use their common sense, she'll be rejected.

Biden probably isn't even aware that the Lenin Scholarship winner who won't reveal her age (probably around 55) has made such fatuous, anti-capitalism statements. Let's face it—the guy isn't all there, which is why his handlers don't allow him to answer media questions.