Barack Obama needs to tell Hillary Clinton to go away based on a lesson America can learn from Europe. 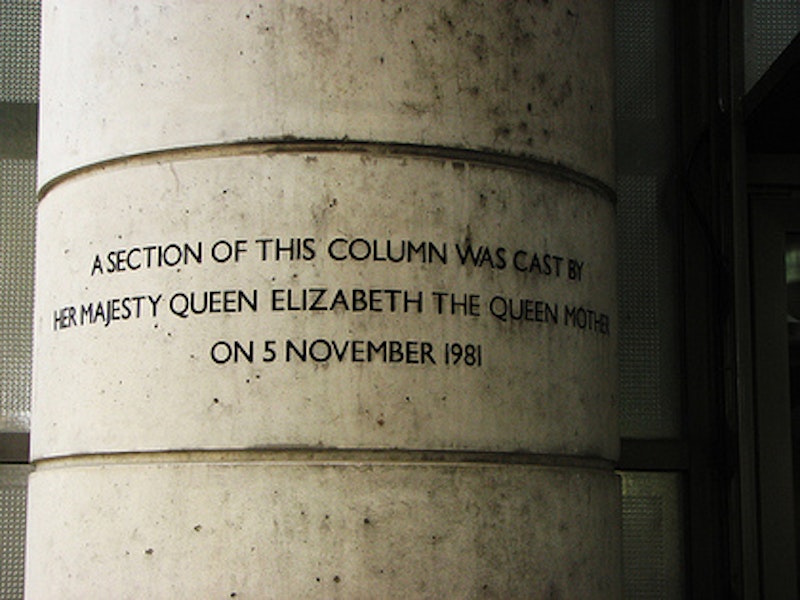 PARIS - Barack Obama more or less clinched the Democratic presidential nomination Tuesday. This did not happen in Paris. While potential concession remarks—which have yet to happen at the time this column was written—began leaking from Hillary Clinton's campaign, this columnist was thousands of miles away watching the Eiffel Tower twinkle.

The Eiffel Tower is awesome. You feel like you know what to expect, you've probably heard other people talk about it, and most likely, those people said it was pretty cool. No matter what, you will not be prepared for it. Reading this will not prepare you for it. Sorry.

Yet, no one else I've spoken to has ever acted that thrilled about it. Everyone seems so disaffected when it comes to the Eiffel Tower because we've all seen it on TV so much and it would be way too clichéd to actually enjoy it in person. Paris is supposed to be about the street crepes and lovely apartments and charming cafes and romantic walks along the Seine. Returning from a trip to Paris, you aren't allowed to say something like, "The Mona Lisa is so unbelievable, she's looking at you from every angle!" or "The Eiffel Tower blew me away it was so cool!"

Well, the Eiffel Tower blew me away it was so cool. And the Mona Lisa? I get it. Chills ran down my spine when I realized that no matter your position in the room, that old Italian gal is staring into your soul. Sometimes there are reasons that something becomes so clichéd and idealized, and these two sights did not disappoint.

Paris is the most idealized place in the American consciousness. There is no doubt about this. We worship—or despise—the French as a symbol of liberal higher mindedness. We think of the Revolution, the great food, and the snootiness that masks an inferiority complex. We hear it's the most romantic city on earth. The only place that comes close to such a pedestal is Italy, meaning the Mona Lisa has both bases covered.

You can tell a lot about a country's psyche when you analyze its dreams. This is fairly obvious, we dream about Paris or Florence or Venice, thus proving a jealousy felt toward these places. No need for Freud to uncover such a deep-seated enigma. We have no places like them in America. They have what we've secretly always wanted for our own cities: world-renowned beauty, a sense of history millennia old, the freshest and best food on earth, and a center for culture and fashion.

Aside from the history and fresh food, I think Americans undersell themselves with regards to the other qualities. But we have always been a country built by and for the nouveau riche. There is no aristocracy. There are no 1000-year-old buildings to preserve. We can just keep moving forward and upward. It's natural to feel a little odd about this. We're the youngest kids at the big boy table, and sometimes—whether or not it's true—it feels like people may be looking down on us.

Two years ago, I happened to be on vacation in London for the Queen's birthday. For those of you that don't know—and you probably shouldn't, as it's a rather inconsequential and worthless holiday—this is not actually the Queen's birthday. The Queen's real birthday is in April, and they decided that it would be more fitting to have her celebration two months later when the weather was fully warmed up.

It was a pretty wild scene: a 27-cannon salute, a massive procession of horses, a flyover that included about 15 planes—including World War Two-era Spitfires at one point—coming in groups of three, and a trail of smoke in the Union Jack blue, white, and red. Then there are the little bits of old etiquette and law that never cease to make one giggle. For instance, the King and Queen are not technically allowed into the City of London, actually a region in London, without the Mayor of London's permission. That's pretty damn neat.

Daydreaming is not a crime. No doubt it would be fascinating to have such a complicated and different history. It’s fun to imagine what it would be like to visit a 2000-year-old church in New York. But our desire for this old-school sense of continuity and name recognition can sometimes be a bit troubling.

We love the Queen. We might love her more than many British people do. Prince Harry and Prince William are almost as big a deal in America as they are in England. We cherish the Pope more than any other country in the world, and we're a largely Protestant country. These are pleasant extensions of our fascination with dynasty, and I find nothing negative about them.

During nearly all 22 years of my life, a member of two families—the Bushes and the Clintons—has occupied the White House. If Hillary Clinton were elected to one term, it would be 26 years. Two terms and we're looking at 30 years.

Already a bit celebrity-obsessed, we need to curb this transference into real-world issues. Dismantling an aristocracy is really hard. It only takes a glimpse of the Obelisk here in Paris—the site of the famous Guillotine killings—to realize that the only way aristocracy and classism are removed are through extermination. The major Western European nations all had their aristocracies mostly annihilated or dismantled throughout the 18th, 19th, and 20th centuries.

America is free from this burden. Nor are we ever in danger of elevating a class so high that we'd have to kill them to bring them down. It's just not in our programming. But letting the American form of aristocracy—as weak as it may be compared to its European counterparts—take control of the government is a step in a bad direction.

In a democracy, name recognition is so powerful—just ask any incumbent Congress member—that sometimes we need to remind the politicians that they actually have to work. I battled with myself through the whole primary season, trying to figure out why the hell I couldn't stand Hillary Clinton even though I consider myself a Bill Clinton fan.

You know what it was? She expected it. It was her turn. She was riding on her name and the image that accompanies it. And thank God the American people wised up. Just when I start fretting about our obsession with celebrity and where it could get us—groups of dumb people making dumb decisions but continually getting reelected because of their name—America does something sensible like nominate Barack Obama. Then I remember, we hate front-runners. It's why I hated the Dallas Cowboys as a kid, but couldn't care about them either way now. Deep down, sometimes we remember that our nation was built on destroying the sort of entitlement that Hillary Clinton embodied.

Walking into my hostel after a night in a city that has struggled so much dealing with centuries-old class concerns and seeing Obama's smiling face was a treat. And all I could think was thing: "Barack, for the love of God, don't you dare choose Hillary as your running mate—no matter what Bill Clinton says." I just hope Obama is a mind reader.